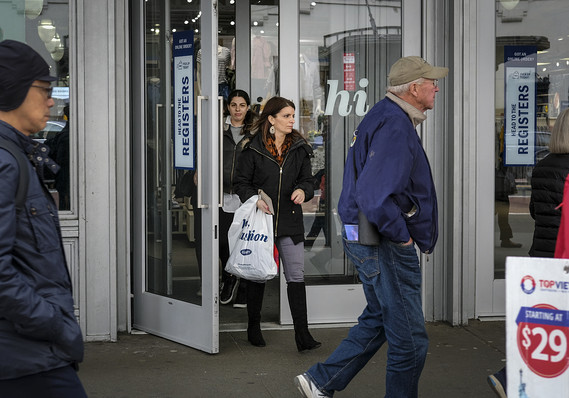 The numbers: The consumer sentiment survey rose slightly to 95.7 this month from 95.5 in October, the University of Michigan said Friday in a preliminary estimate.

Economists surveyed by MarketWatch had forecast a reading of 95.

What happened: According to the University of Michigan, a gauge of consumers’ views on current conditions declined to 110.9 in November from 113.2 in October, while a barometer of their expectations rose to 85.9 from 84.2.

Big picture: Economists follow readings on confidence to look for clues about consumer spending, the backbone of the economy. Consumer spending is even more important now that business investment has slumped. Sentiment has moved higher after a sharp drop in August. Economists say low interest rates have bolstered the outlook for households.

What the UMich researchers said: “Although consumers have become somewhat more cautious spenders, they see no reason to engage in the type of retrenchment that causes recessions,” said Richard Curtin, the surveys of consumers chief economist.

Market reaction: Stocks opened lower on trade deal uncertainty. The Dow Jones Industrial DJIA, -0.23%  as down 66 points in early trading after President Trump said he has not yet agreed to roll back tariffs on China.