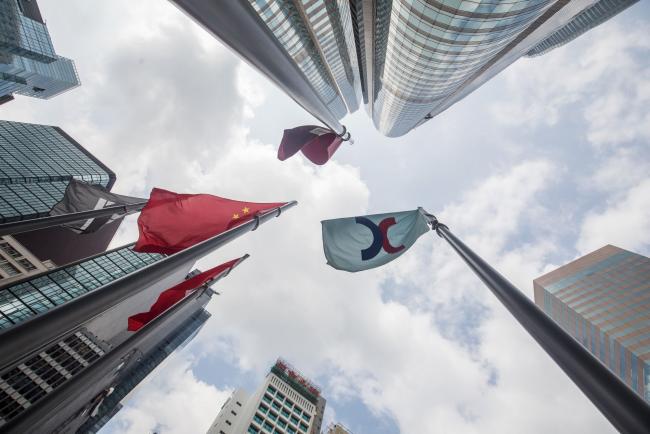 Shanghai Kindly Medical Instruments Co., which sells devices such as catheters, raised $106 million in the most popular sale among the six initial public offerings: Individual investors placed orders for 268 times the shares initially available to them and the stock on Friday jumped as much as 44% from its offer price. Oncology drugmaker TOT Biopharm International Co. was the second-biggest deal — $75 million — with its retail book covered by 13 times. However it is the worst performer of the lot, down 6.7% from its offer price.

The Hong Kong stock market has been one of Asia’s hottest in recent weeks, defying months of increasingly violent anti-government protests that have pulled the economy into recession. But moms and pops are betting less money on new shares this month. The six newly listed companies pulled off an average retail subscription ratio of 56 times, down from 139 times for October listings, according to data compiled by Bloomberg.

Wild rallies have dwindled as companies vie to sell new shares. The three November debutantes before Friday brought an average first-day gain of 7%, compared with an 18% rally for October listings, data compiled by Bloomberg show. Friday’s cohort was up by an average 13.2%, although half of them have dropped below their IPO prices.

Singaporean company Beng Soon Machinery Holdings Ltd. had the wildest swing, rising by 36% before falling again to trade 1% below its offer price.

Hong Kong IPOs have raised $21 billion since January, down 36% from the same period last year. A possible share sale by Alibaba (NYSE:) Group Holding Ltd. may add about $10 billion to the tally.