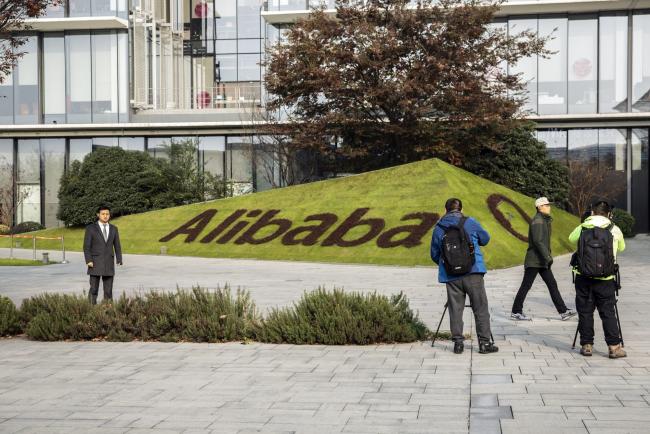 (Bloomberg) — Alibaba (NYSE:) Group Holding Ltd. plans a listing hearing early next week and is seeking to raise as much as $15 billion in a Hong Kong share sale, people familiar with the matter say, moving ahead with the city’s largest first-time stock offering since 2010.

Asia’s largest company by market value is now preparing for a hearing as mandated by companies that list on the Hong Kong bourse, the people said, requesting not to be named discussing a private matter. Alibaba declined to comment in an email.

Alibaba’s listing will be a triumph for a Hong Kong stock exchange that lost many of China’s brightest technology stars to U.S. rivals. The Chinese e-commerce giant had aimed to list as early as over the summer before pro-democracy protests rocked the financial hub, while trade tensions between Washington and Beijing clouded the market’s outlook. On Thursday, the U.S. and China agreed to roll back tariffs on each other’s goods in phases as they work toward a deal.

Billionaire Alibaba co-founder Jack Ma is moving closer to his dream of listing closer to home — a move that curries favor with Beijing and hedges against trade war risks. A successful Hong Kong share sale could also help finance a costly war of subsidies with Meituan Dianping in food delivery and travel, and divert investor cash from rivals like Meituan and WeChat-operator Tencent Holdings Ltd.

It could put the capital to work investing in new technologies such as artificial intelligence or fast-expanding affiliates such as Ant Financial. Courting investors closer to home also serves as a buffer of sorts should U.S.-Chinese tensions worsen. Already, U.S. lawmakers such as Senator Marco Rubio are agitating for measures to curb investment flows to Chinese companies, including the extreme option of tossing U.S.-listed firms off American bourses.

Alibaba — which had roughly $57 billion of cash and equivalents as of June — rode a national e-commerce boom that stemmed from an increasingly affluent middle class. But like arch-foe Tencent, it’s struggling to sustain growth as the world’s No. 2 economy slows, and China clashes with the U.S. over everything from trade and technology to investment.

At home, signs of strain are growing. China’s gross domestic product growth is expected to slump below 6%, which would be the economy’s slowest pace of expansion in three decades. Still, Alibaba last week reported a 40% surge in quarterly revenue, underscoring the resilience of consumer spending. The company on Monday will wrap up its most important sales event of the year — Singles’ Day — offering further clues on the health of consumption.