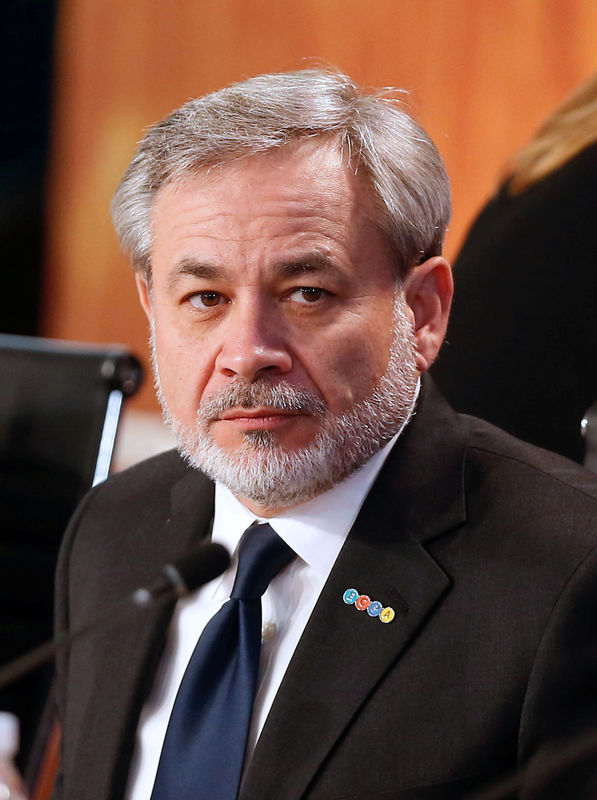 © Reuters. FILE PHOTO: Deputy Secretary of the U.S. Department of Energy Brouillette attends a meeting of the “Energy and Climate Partnership of the Americas” in Vina del Mar

If confirmed by the Senate, Brouillette will replace Rick Perry, who said last month he would step down by the end of the year. He is expected to keep advancing Trump’s policy of maximizing oil, gas and coal output while slashing regulations on energy facilities.

“If confirmed, I will further Secretary Perry’s legacy of promoting energy independence, innovation, and security for the American people,” Brouillette said in a statement.

Brouillette, 57, has taken on increasing responsibilities at the Energy Department in recent months as Perry signaled he would resign. He went on international trips for the department and sat in for Perry during several cabinet meetings.

Brouillette was a vice president at Ford (N:) from 2004 to 2006. After that, he headed public policy for the United Service Automobile Association (USAA), which offers insurance and financial services to veterans.

A native of Louisiana, he was a member of the state’s Mineral and Energy Board from 2013 to 2016.