Home
Stocks
The Ratings Game: E.L.F. Beauty says it’s putting the $13.7 million it used to spend on stores to better use
Prev Article Next Article 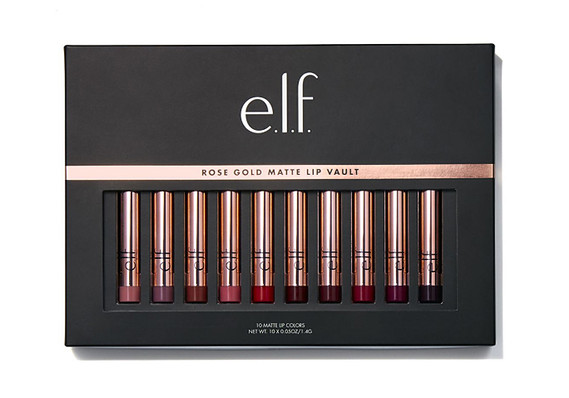 E.L.F. Beauty Inc. says it’s putting the $13.7 million it used to spend annually to run its stores to better use in other parts of the company.

“I’m happy to report that we successfully exited our 22 store leases for well below what we expected at the onset of this transition,” said Tarang Amin, E.L.F.’s chief executive, on the earnings call, according to a FactSet transcript.

“Redeploying the $13.7 million in annual spend that we used to invest in stores is driving greater momentum in our national retailer and elfcosmetics.com businesses.”

Read: Coty says its brands grew 40% on Amazon in the most recent quarter

“E.L.F. remains the most productive brand on a dollar-per-foot basis at both Walmart and Target, with growing productivity at Ulta, the company’s third-largest customer,” wrote D.A. Davidson analysts led by Linda Bolton Weiser.

D.A. Davidson rates E.L.F. stock buy with a $24.50 price target up from $21. Analysts there also note the growing share of the color cosmetics market that E.L.F. is snapping up.

Amin noted on the call that Nielsen data shows the company’s share of color cosmetics has reached 4.7%, up 70 basis points.

“E.L.F. is encouragingly taking share and bucking weak color cosmetics trends through superior innovation and connectivity with its customer base through creative mediums,” wrote Cowen analysts led by Oliver Chen.

Though E.L.F. raised its guidance because it was gaining market share in color cosmetics, Stifel analysts are still concerned about the trend for the category.

“We believe E.L.F. Beauty has considerable white space in the U.S. beauty market and longer-term potential internationally, particularly given its strong value proposition for national retailers, which make up over 80% of revenue,” analysts wrote.

“However, we believe slowing mass makeup category growth in the U.S. is a watchpoint for the company given the majority of its sales comes from cosmetics.”