Trump is far ahead of his Democratic challengers… in kicking off the holiday shopping season, at least.

The online store supporting the president’s re-election bid has added $30 Trump Pence wrapping paper, a $40 Trump Pence wooden train set, as well as $60 “Keep America Great” hat ornaments for the holidays. The Christmas holidays, anyway — there’s nothing Hanukkah or Kwanza-themed to be found in the store.

The president’s rivals also have fundraising gift shops of their own, but the campaign sites for Democratic presidential candidates including Joe Biden, Elizabeth Warren, Bernie Sanders and Pete Buttigieg haven’t posted any holiday-themed merch just yet.

“We’ve got something in our store for everyone on your Christmas list who’s been a good boy or girl this year,” said Brad Parscale, Trump 2020 campaign manager, in a statement accompanying the emailed press release. “While you’re with your family and friends opening presents on Christmas morning, you can be reminded that President Trump is on the job Keeping America Great!” 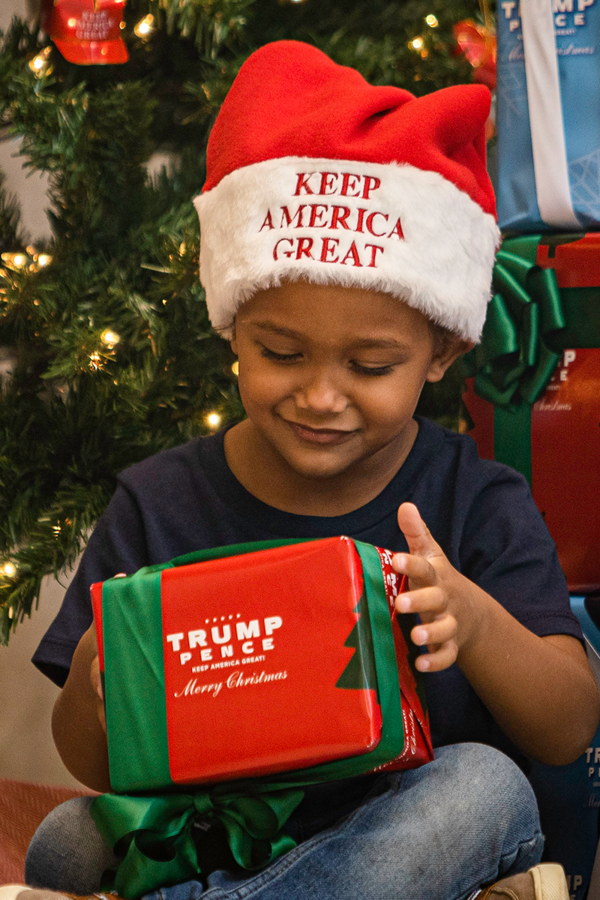 The Christmas-themed merchandise, which is all made in America, also features a Trump Pence wooden semi-truck ($35) and “Keep America Great” Santa hats ($30).

“We’ve got something in our store for everyone on your Christmas list who’s been a good boy or girl this year.”

Read more: ‘Merry Coffee’ is the best Starbucks could come up with for its holiday cups?

The Trump re-election campaign and the Republican National Committee together raised $125 million in Q3.