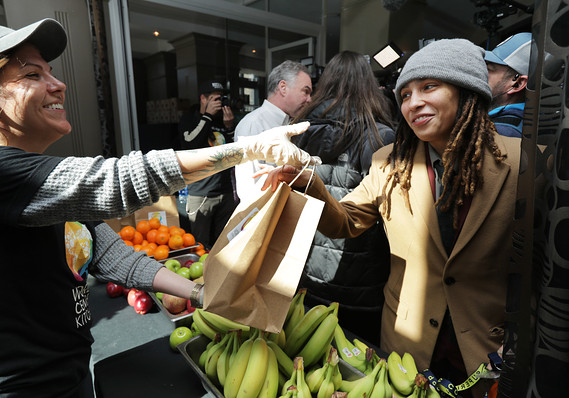 Most Americans who want a job can find one. Unemployment sits near a 50-year low and there’s no sign of rising layoffs.

The numbers: The number of people who applied for unemployments benefits in early November fell to the lowest level in a month and clung near a half-century low, reflecting the resilience of the strongest labor market in decades.

Initial jobless claims declined by 8,000 to 211,000 in the seven days ended Nov. 2, the government said Thursday. Economists polled by MarketWatch had forecast new claims to total a seasonally adjusted 215,000. 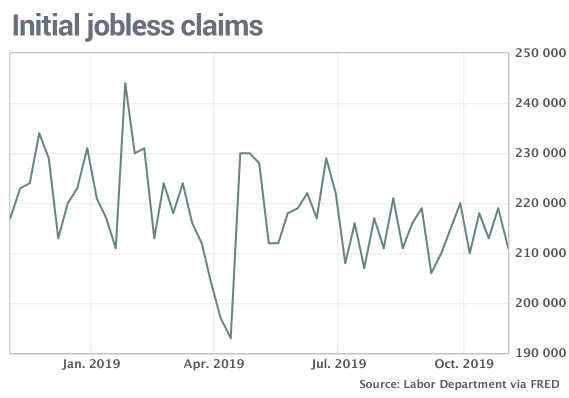 Jobless claims are the best measure to track layoffs. They usually start to spike right before a recession and decline to low levels during economic expansions.

What happened: The actual or unadjusted number of jobless claims fell the most in California, Georgia and Virginia. Claims had risen in California last month after raging wildfires and major power outages kept many people from work.

New claims rose the most in Illinois and Pennsylvania.

The government adjusts jobless claims to account for the periodic sharp swing in seasonal employment patterns. These gyrations are most pronounced in the summer and around big holidays such as Easter, Thanksgiving and Christmas.

The monthly average of new claims, meanwhile, rose a scant 250 to 215,250. The four-week average gives a more stable view of the labor market than the more volatile weekly number.

The number of people already collecting unemployment benefits, known as continuing claims, fell by 3,000 to 1.69 million. These claims are near the lowest level since the early 1970s.

Big picture: The U.S. economy slowed during the spring and summer, but it’s hardly made any dent in the labor market.

The pace of layoffs and the unemployment rate remain near a 50-year low, giving Americans the confidence to keep spending at healthy levels.

Steady consumer spending, in turn, has allowed businesses to keep up production and largely avoid the sort of broad-based layoffs that could send the economy into a recessionary spiral.

Read: U.S. productivity falls for the first time since 2015. Another victim of China trade war?

Market reaction: The Dow Jones Industrial Average DJIA, +0.00% and S&P 500 SPX, +0.07% were set to open higher in Thursday trades on reports of a further de-escalation in U.S.-China trade tensions.