Home
Market
Disney gets boost from parks, films ahead of streaming launch
Prev Article Next Article 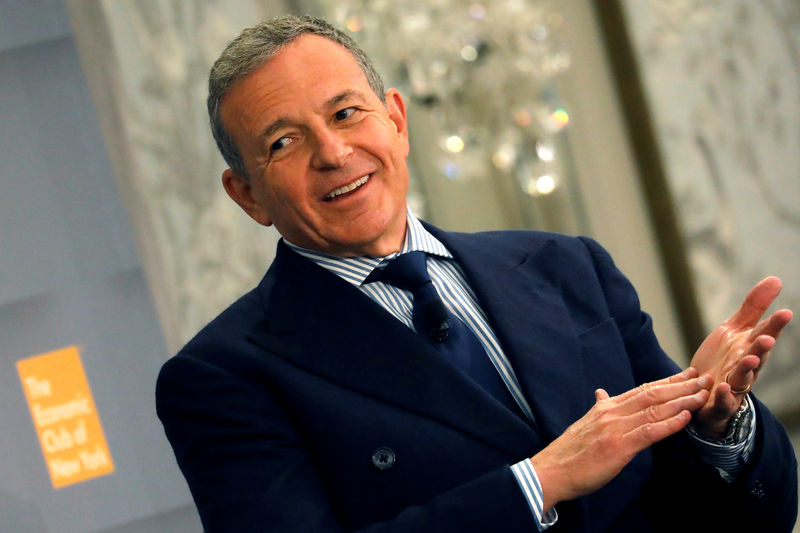 By Lisa Richwine and Neha Malara

(Reuters) – Walt Disney Co’s (N:) theme parks unit and a remake of “The Lion King” boosted quarterly earnings past Wall Street targets on Thursday as costs rose ahead of the launch of the company’s big streaming entertainment bet.

Disney is trying to transition from a cable TV leader to a powerhouse in the streaming video market dominated by Netflix Inc (O:). Its family-friendly digital entertainment service, Disney+, is set to debut on Tuesday.

Excluding certain items, Disney earned $1.07 per share for the quarter that ended in September, above average analyst estimates of 95 cents per share, according to IBES data from Refinitiv.

Investments to build streaming media services increased form a year earlier. The direct-to-consumer and international unit reported an operating loss of $740 million from July through September, up from $340 million the previous year, but less than the $900 million that Disney had forecast.

Disney+ will offer a deep library of TV shows and movies from Disney, Pixar Animation, Marvel Studios, the “Star Wars” franchise and the National Geographic Channel, plus original programming such as a new “High School Musical” series and a remake of “Lady and the Tramp.” It will cost $7 per month, less than the $13 for Netflix’s most popular plan.

The offering is a cornerstone of a major shift in Disney’s strategy to capture audiences that have ditched cable and migrated online. The company also offers ESPN+, which streams sports not seen on the ESPN cable channel, and recently took full control of online video service Hulu.

At the same time, Disney is integrating film and TV businesses it purchased from 21st Century Fox to feed its digital ambition.

At the theme parks and consumer products unit, operating income rose 17% to $1.4 billion. Disney opened a costly “Star Wars”-themed land at Walt Disney World in Florida during the quarter. A nearly identical section debuted at Disneyland in California in May.

The movie studio benefited from remakes of “The Lion King” and “Aladdin” plus Pixar sequel “Toy Story 4.” Profit at the division jumped 79% to nearly $1.1 billion.