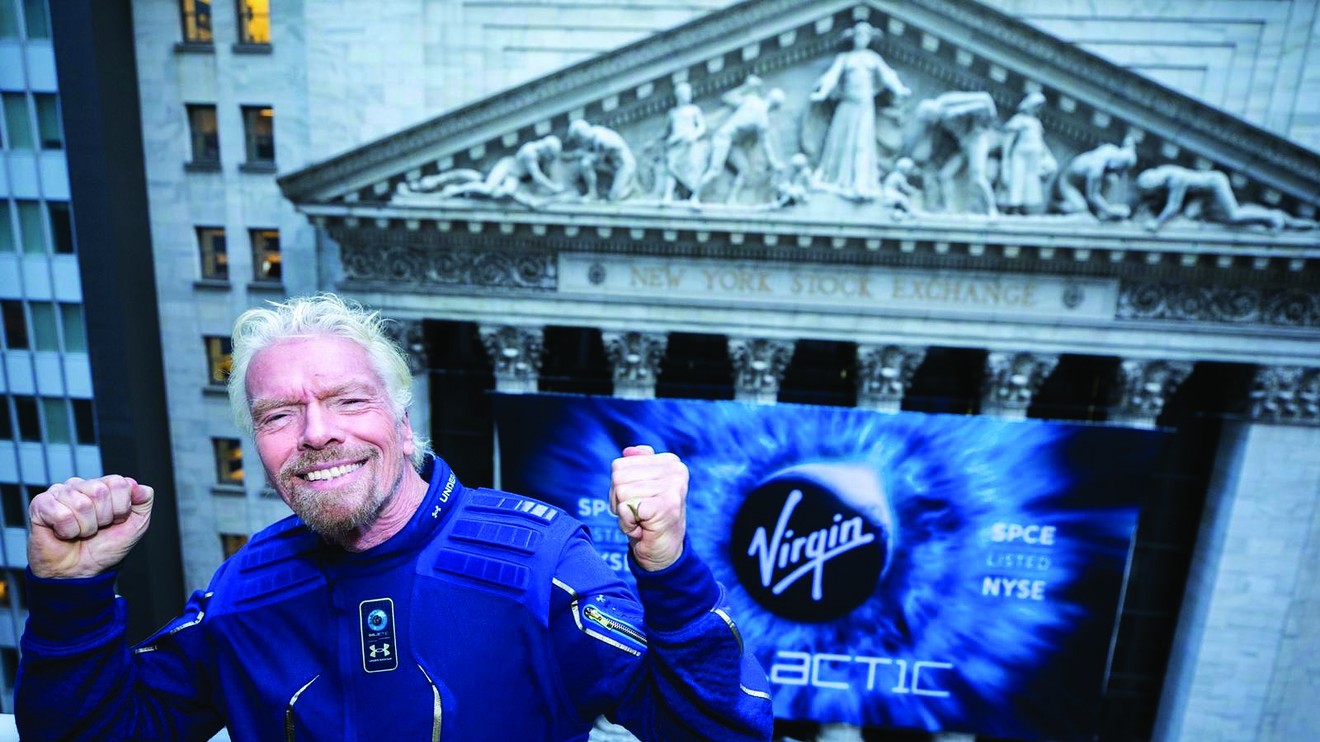 How often do you wish you could go back in time and make what now appears to be an “obvious” investment in a transformational company or industry? It seems perfectly clear now that smartphones would become ubiquitous and allow Apple to become the world’s most valuable publicly traded company. You might say the same thing about cloud computing or internet retail, which made early and dedicated Amazon.com shareholders a lot of money.

Try looking up for the next theme: into space and the satellites orbiting there.

Now there is an exchange-traded fund that focuses on space — not merely on aerospace and defense contractors. The Procure Space ETF UFO, -1.00%, launched in April, invests in companies around the world that are profiting from space now, as opposed to human space flight, which remains, for the most part, experimental. The fund is still tiny, with only $12.5 million in assets, and has an expense ratio of 0.75%.

So space enthusiasts have something to celebrate. Then again, there’s no way of knowing whether an ETF focused on space will perform better than a broad index fund.There’s also no way to predict what long-term technological developments might disrupt the slew of satellite operators and service providers held by the ETF. Since UFO was established on April 11, it has returned 5.6%, trailing the S&P 500 index SPX, +0.96%, which has returned 7.6%.

Here’s the big-picture investment case: The global space industry’s revenue totaled nearly $415 billion in 2018, according to an estimate by the Space Foundation, a nonprofit advocacy and education group. Analysts at Bank of America Merrill Lynch have predicted that could balloon to a $2.7 trillion industry by 2045, amid more space startups and as more countries launch satellites and the cost of those launches decline. That would make for a compounded annual growth rate of just over 7%.

In an interview, ProcureAM CEO Andrew Chanin described the ETF’s strategy and discussed some of its holdings, including Richard Branson’s Virgin Galactic Holdings SPCE, -0.31%. The fund bought shares of Virgin Galactic (which doesn’t expect to turn a profit until 2021) on Oct. 30, following the listing on the New York Stock Exchange on Oct. 28. The position makes up less than 2% of the portfolio.

UFO is the first ETF with the word “space” in its name. The is not simply a marketing gimmick because the fund focuses on pure-play companies. It isn’t yet another aerospace and defense ETF holding major contractors, the largest of which is the $5.5 billion ishares U.S. Aerospace & Defense ETF ITA, +0.31%, which has 21% of its money in Boeing BA, -1.15%.

AT UFO, Boeing comprises just 2.5% of the holdings. Instead, 80% of the fund’s portfolio comprises companies that derive at least 50% (and usually much more) of their revenue from space-related activities.

The other 20% is invested in conglomerates such as Lockheed Martin LMT, +1.65%, Raytheon RTN, +1.05% Airbus AIR, +0.44% and of course Boeing. These companies draw small percentages of total revenue from space but still take in “billions of dollars” of related revenue, according to Micah Walter-Range, the founder of Space Investment Services.

Space Investment Services developed the S-Network Space Index, which is licensed by UFO. (UFO invests at least 80% of its portfolio in components of the index.)

Space has been recapturing the public’s imagination. President Trump has called space crucial to the nation’s military defense and has created a united Space Command within the military. SpaceX, led by Elon Musk (who is also CEO of Tesla TSLA, +2.95% ) has become an efficient government contractor for rocket launches, while it and competitor Blue Origin (led by Amazon.com AMZN, -0.33%  founder Jeff Bezos) are developing manned spacecraft and mission plans for Mars and the Moon.

Neither of those companies, however, is likely to be taken public soon, according to statements made by their founders. And you cannot invest in them indirectly — neither Tesla nor Amazon directly support their founders’ space companies.

But there are plenty of opportunities to make money with investments in publicly traded companies. Almost all of the 10 largest holdings of the UFO are companies that own or operate satellites, or use them for broadcasting. There’s one exception: Garmin GRMN, -0.08%, which makes GPS equipment. You can see the entire list of holdings for the ETF below.

“Satellites are one of the big differentiators” for the Procure Space ETF when compared to aerospace and defense funds, Channin said, because that’s where the growth is now. He expects satellites to play a greater role in integrated communications, especially with the rollout of 5G. For international calls, satellites “are already doing a ton,” he said.

The common thread for potential exponential growth in the satellite communications industry is “an insane amount of data being created. We are talking about multitudes of what we have now, being the future standard,” he said.

One goal of the S-Network Space Index index was for it to be tracked by an ETF, so stock-trading liquidity was a very important consideration. This and a set of financial screens have limited the index to its current set of 32 out of hundreds of publicly traded companies.

Another goal was to make the index as much of a “pure play” on space as possible, which meant focusing on the commercial side: satellite-driven broadcasting, GPS and GPS-like systems.

For example, both the index and ETF include Dish Network DISH, -3.23%  and AT&T T, +0.20%, which acquired satellite-TV provider DirecTV for $49 billion in 2015 and has since seen that business shrink.

For GPS, Walter-Range said most investment gains in the satellite space come from equipment manufactures. He pointed to Garmin and Trimble TRMB, -2.07%, another stock held by the Procure Space ETF UFO, -1.00%.

When asked if it might be premature for an investor to focus on space-related industries, Walter-Range said annual growth for the industry has averaged about 6% “over time,” but “if you are talking six months to a year, you are probably not going to get rich quick.”

Then again the increasing interest in space among venture-capital investors pushes some companies to move quickly.

As for Virgin Galactic, Walter-Range said he was “cautiously optimistic because space is hard to do and it is hard to do profitably.”

Here are all 31 stocks held by the Procure Space ETF, with FactSet’s industry categories for the companies:

Here are total returns (including reinvested dividends) through Nov. 4: