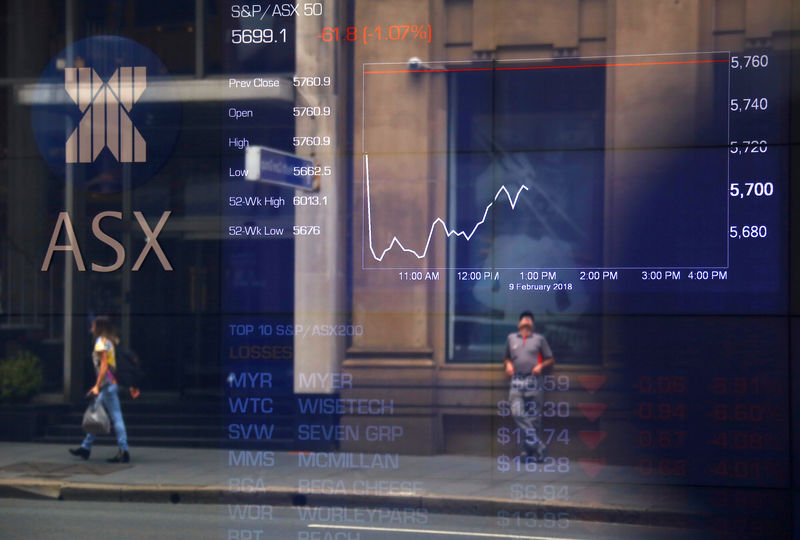 SYDNEY (Reuters) – Asian shares napped near multi-month peaks on Thursday while bonds eked out a bounce as reports of delays in sealing a preliminary Sino-U.S. trade deal left investors frustrated at the lack of concrete progress.

In early European trades, the pan-region were up slightly while those for German were flat. London’s futures rose 0.2%.

MSCI’s broadest index of Asia-Pacific shares outside Japan dipped a slight 0.2%, just off a six-month high hit earlier in the week.

Japan’s dithered either side of flat in very quiet trade, having touched a 13-month top on Wednesday. South Korean stocks eased 0.15% after hitting their highest since May, while Shanghai blue chips lost 0.08%.

Reuters reported on Wednesday a meeting between U.S. President Donald Trump and Chinese President Xi Jinping to sign an interim trade deal could be delayed until December as discussions continue over terms and venue.

Among various suggestions was to sign a deal after a scheduled NATO meeting in early December.

“One could take the view that by not committing to meet the original deadline it gives more time for a somewhat more comprehensive agreement to be thrashed out,” said Ray Attrill, head of FX strategy at National Australia Bank.

“But markets have understandably jumped the other way, exhibiting a slight loss of confidence that anything more substantial than an agreement not to further lift tariffs, in return for some increase in US agricultural purchases, can be agreed by way of an initial deal.”

Wall Street was underwhelmed by the news and the ended Wednesday all but flat, while the S&P 500 gained 0.07% and the Nasdaq dropped 0.29%.

The pause in the risk rally helped bonds recoup a little of their recent losses. Yields on benchmark U.S. 10-year notes fell back to 1.81% from a two-month top of 1.87%.

was little changed at $1,490.38 per ounce and well within recent tight trading ranges.

Oil prices nursed losses after taking a hit from a surprisingly large build in inventories.