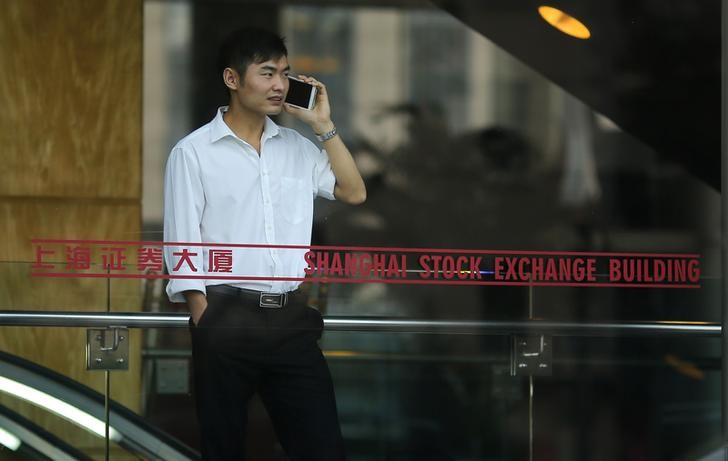 By Samuel Shen and John Ruwitch

Foreign ownership in China stocks, also called A-shares, will exceed 10% in a decade, up sharply from 2.7% now, the head of international business at China Asset Management Co (ChinaAMC) predicted.

Despite a slowdown in economic growth, “China is one of the few places investors can generate decent returns,” said Pan, who manages $5 billion worth of investments in China for global sovereign wealth funds, central banks and pension funds.

In an interview as part of the Reuters 2020 Investment Outlook Summit, the former portfolio manager at Manulife Asset Management brushed aside concerns that the Sino-U.S. trade frictions would morph into a broader financial war.

Those fears were triggered by reports that Washington was discussing possible restrictions on capital flows into China, with a focus on investments made by U.S. government pension funds. Last month, U.S. Senator Marco Rubio said he plans to introduce legislation to block a federal pension fund from investing in Chinese stocks.

Pan said his team visited some big U.S. pension companies last month, and “they told us that’s the last thing they worry about,” as Washington cannot dictate how state governments and private pensions make investment decisions.

An avid supporter of globalization, Pan said China’s financial opening and economic restructuring – accelerated by the trade war – will only benefit foreign investors.

“This market is liquid, deep, and big. Global investors can park a significant amount of money into major Chinese companies.”

China is stepping up opening of its giant capital markets, having recently scrapped investment quotas under the Qualified Foreign Institutional Investor (QFII) scheme.

Pan, also head of QFII investment at ChinaAMC, one of China’s biggest mutual fund houses, declined to disclose details of his global mandates. But a domestic mutual fund he manages, using the same investment methodology, shed some light on his stock-picking strategies.

His China AMC QianLong Selected Equity Fund has achieved a return of roughly 47% this year, far outperforming China’s blue-chip index CSI300 (), which is up about 33%.

The fund’s portfolio is highly concentrated in consumer players such as liquor brands Kweichow Moutai (SS:) and Wuliangye (SZ:), as well as high-end equipment makers such as Sanyi Heavy Equipment (SS:).

As the world’s No.1 market for Mercedes-Benz and LVMH, and the No. 2 market for Apple (O:) and Starbucks (O:), China’s fast-growing high-end consumer market will also nurture great local brands, offering tremendous investment opportunities, Pan said.

In the luxury segment, “we don’t see any material impact on Chinese consumption power from the trade war.”

China’s technology innovation is likely to foster the next Alibaba (NYSE:) or Tencent among Chinese companies, but Pan said he would avoid tech stocks highly vulnerable to U.S. sanctions.

“A full-blown trade war is not our base case scenario. But U.S.-China conflicts in areas such as technology may last for a long time, due to power rivalry.”