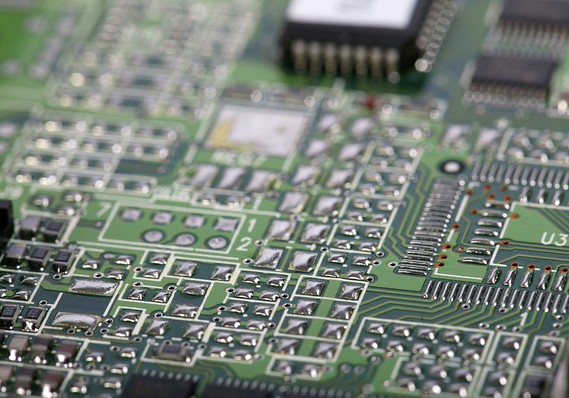 Computer chips: the next bubble to burst?

Where’s the bubble in financial markets?

Some analysts point to commercial real estate, propped up by the exuberant spending of WeWork. Some are keeping a watchful eye on corporate debt. And still others are uneasy about the surge in growth of passively-managed funds. But would you expect semiconductor equipment?

That’s the thesis from BCA Research, and it’s a view they have strong feelings about. “We warn that the S&P semi equipment all-time highs look more like a mania, eerily similar to the dotcom bubble era,” BCA analysts said in part one of a two-part series laying out their case.

That’s right: semiconductors, the chips inside the computers that increasingly power our lives, are the Pets.com and Geocities of 2019.

Related: Here’s how to play the trade war with ETFs

To be sure, part of BCA’s argument rests on valuations, which are sky-high. So far this year, the S&P Semiconductor Equipment Index has surged nearly 84%, according to FactSet, nearly four times the rise in the S&P 500 SPX, +0.02%  . A popular exchange-traded fund that tracks a separate index, the iShares PHLX Semiconductor fund SOXX, -0.72%  , is up about 50% in that time period.

“Relative forward profits are way behind relative share prices as investors have extrapolated the recent positive trade news far into the future,” BCA analysts explained. “As a reminder this index has a 90% foreign sales exposure with roughly 30% of sales originating from China.”

BCA also has some macro fundamental reasons for caution. A trade group called World Semiconductor Trade Statistics said in August that demand will decline 13.3% in 2019, “returning to growth” in 2020. (This MarketWatch story lays out a more bullish case for some recovery.)

Still, the U.S. manufacturing sector remains in contraction, for the third month in a row, the analysts pointed out. That signals that the lofty valuations for the semi sector are “unwarranted and bound to return to earth,” they said. “While bulls would buy this breakout, we are sticking our necks out and recommend selling into strength.”

See: All that glitters might be just what your portfolio needs now