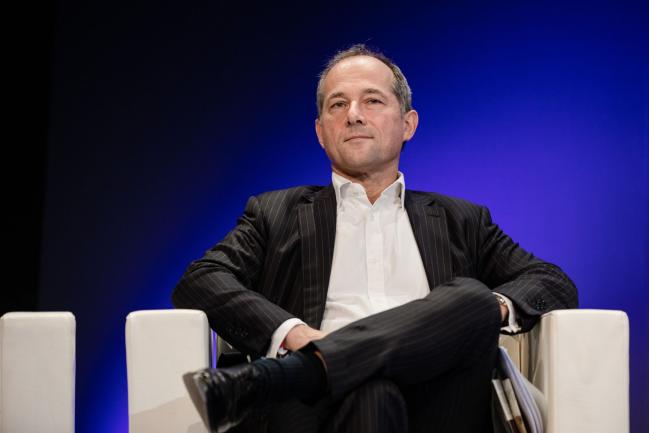 The French lender said the CET1 ratio — a closely-watched metric of its ability to absorb losses — gained almost 50 basis points to 12.5% after the sale of businesses. The lender also met early its goal of cutting 8 billion euros ($8.9 billion) of risk-weighted assets from its markets business as the bank pivots to focus on areas of strength.

The capital strength in the thid quarter helped counter a 20% decline in the business of buying and selling equities and net income and revenue that missed analyst estimates. The bank blamed “adverse market conditions in August” and waning client demand for structured products for the decline in equities. The shares rose as much as 4.9%.

The longest-serving CEO of a top European bank is undertaking the bank’s biggest restructuring in years, cutting 1,600 jobs, slashing costs and paring risk after giving up his main mid-term targets for growth and profitability. The French lender exceeded its capital requirement by the narrowest margin of the eurozone’s top 10 listed banks last year, prompting analysts to question whether the lender would need to tap markets.

In equities, “our franchise is more geared, more driven by structured products,” where demand was low in the quarter due to global uncertainties such as trade disputes and Brexit, Deputy Chief Executive Officer Severin Cabannes said in a Bloomberg Television interview, adding adding that on a nine-month basis, the equities franchise remained solid.

The bank “had a significant improvement in terms of capital position,” he said, which is “our current financial priority.”

The bank also took a charge of 113 million euros ($125 million) to close some businesses in the Balkans, helping push third-quarter net income down 35% from a year earlier.

Revenue from fixed income did better than equities, rising 1% versus the same quarter a year earlier. SocGen cited “strong client activity in financing and rates and credit.”

SocGen achieved its 2020 target for its common equity tier one ratio of 12% ahead of time last quarter. The bank had been working with McKinsey & Co. to find ways to bolster its CET1 ratio, a person familiar with the matter said in May.

Oudea is seeking to preserve the bank’s traditional leadership in businesses such as equity derivatives while strengthening capital and exiting or refocusing fixed-income activities. Still, the stock has trailed larger rival BNP Paribas (PA:) SA, which also outperformed SocGen in fixed income and equities in the most recent quarter.

Some analysts have said that ongoing turnover at the trading unit might dent revenue, and that the changes come with high risks. In February, SocGen replaced the markets unit’s head, and the head of the fixed-income business is also leaving.

Read more about the cuts to the investment bank here.

The performance in fixed-income trading trailed the gain of about 10% reported by the large Wall Street peers and a 35% surge at BNP. Among European investment banks, the results were uneven, with Barclays (LON:) Plc posting a 19% gain, while HSBC Holdings Plc (LON:) saw a 21% slump in revenue from that business.

SocGen has been scrambling to reduce or exit some trading activities to shore up capital. At the same time, its expanding in some emerging markets and is considering a fully-owned brokerage in China, joining a rush by the world’s biggest banks as the country speeds up the liberalization of ownership restrictions in the financial sector.