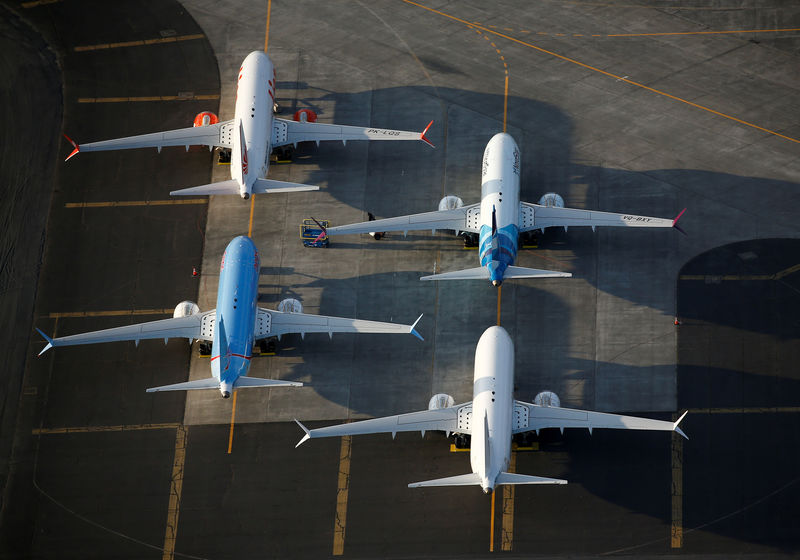 By David Shepardson and Laurence Frost

WASHINGTON/PARIS (Reuters) – Regulators have asked Boeing Co (N:) to fill in gaps in the documentation on its proposed 737 MAX software fix, industry sources told Reuters, raising new questions over the planemaker’s hopes to return the jet to U.S. service by year-end.

The world’s largest planemaker submitted documentation in a key part of an approval process, already delayed by months, for a 737 MAX software upgrade in the wake of two crashes in Ethiopia and Indonesia that killed 346 people.

U.S. Federal Aviation Administration and European Union Aviation Safety Agency officials flagged a number of issues during a documentation audit over the weekend at an FAA facility in Cedar Rapids, Iowa, the people said.

“We think there is still some work to be done,” EASA Executive Director Patrick Ky told Reuters on Monday. A person with knowledge of his thinking said he was partly referring to the documentation audit.

The extent of the delays caused by the documentation requirements was not immediately clear. There was no indication of any need to revise the software package based on the audit, sources said.

One person briefed on the matter said Boeing’s paperwork was incomplete and substandard and meant regulators could not complete the audit, a crucial step before the plane can be certified to return to service.

The person said it could take “weeks” to satisfy regulators in a worst-case scenario, though Boeing believes it can address the omissions in a matter of days.

Boeing spokesman Gordon Johndrone declined to comment in detail on the audit but said the company was “continuing to work with the regulators to safely return the MAX to service.”

The FAA did not immediately comment but in September, FAA Administrator Steve Dickson told Reuters the agency had conversations with Boeing “about the importance of making sure that we are looking at complete documentation and not piecemeal documentation.”

He added the FAA told Boeing “it’s really better to be very methodical and very detailed rather than try to rush a partially completed product and then say, ‘We’ll get back to you with the rest of it.’”

A third person, familiar with FAA documentation audits but who did not participate in the 737 MAX review over the weekend, said such audits frequently uncover inconsistencies or omissions in documentation but rarely lead to changes to the underlying software or system.

Boeing’s fastest-selling jetliner has been grounded worldwide since March, cutting off a key source of cash for Boeing while forcing airlines to cancel thousands of flights. Many carriers have taken the MAX off schedules into 2020.

American Airlines Group (O:) Chief Executive Doug Parker told a conference on Wednesday that American’s plan to put some of its 737 MAX jets back in the air in mid-January https://www.reuters.com/article/us-ethiopia-airplane/american-airlines-cancels-737-max-flights-until-jan-16-idUSKBN1WO1FX would require FAA approval in “the earlier part of December.”

The unrelated comments underscore how quickly Boeing must work to satisfy regulators’ concerns to protect its year-end timeline, which has been repeatedly delayed already as regulators scrutinize Boeing’s proposed fixes.

Documentation requirements are central to the certification process for increasingly complex aircraft software, and can become a stubborn source of delays.