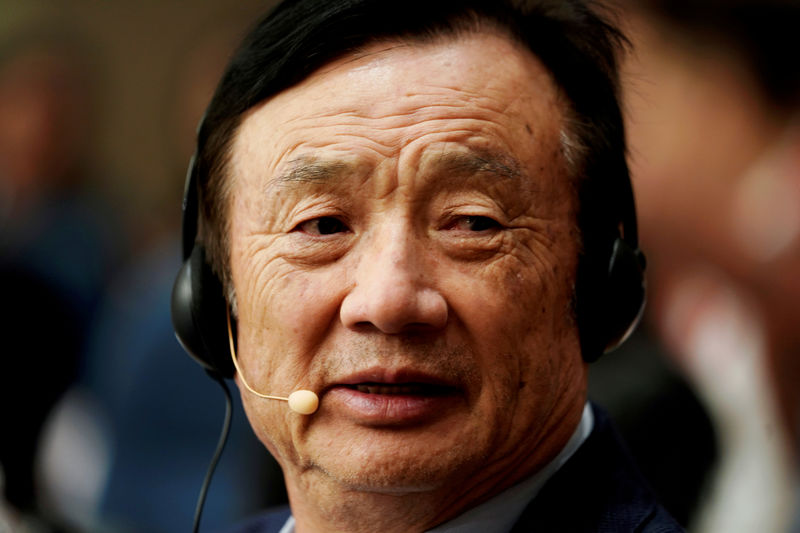 SHANGHAI (Reuters) – Huawei Technologies Co Ltd is not yet directly engaged with any U.S. company over the firm’s proposal to ease concerns about the security of its platform by licensing its 5G network technology, its founder and CEO Ren Zhengfei said on Wednesday.

A Huawei executive told Reuters in October that the company was in early stage talks with some U.S. telecoms companies about licensing its technology but warned that conversations were at an early stage and would likely take a long time to conclude.

The idea of a one-off fee in exchange for access to Huawei’s 5G patents, licenses, code and know-how was first floated by Ren in interviews with the New York Times and the Economist in September. But it was not clear whether there was any interest from U.S. companies.

“There are currently no U.S. companies talking to us directly, because middlemen who have come to talk do not necessarily represent the big U.S. companies, as this is a big and difficult introduction,” Ren said in a conversation broadcast by the company.

“It is only when someone is willing to come and discuss this issue with us will we find an investment bank to help us find an intermediary to discuss the deal, contract and cooperation, but not yet,” he said.

The U.S. government, fearing Huawei’s equipment could be used by China for spying, placed the world’s largest telecoms equipment provider on a blacklist banning it from buying American-made parts and has led a campaign to convince allies to bar it from their 5G networks. It has also brought criminal charges against the company, alleging bank fraud, violations of U.S. sanctions against Iran, and theft of trade secrets, all of which Huawei denies.

Ren said on Wednesday that the company was coping well with the U.S. blacklisting and Huawei was continuing to innovate without U.S. support, even though he hoped the ban would not be a long-term issue.

He said that the company expects to sell 240-250 million smartphones this year.

Huawei said last month that it had sold more than 200 million phones in the year to Oct. 23, hitting that milestone more than two months earlier than it did in 2018.