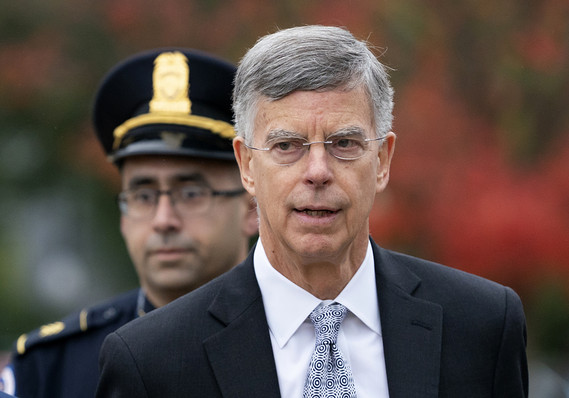 Ambassador William Taylor is escorted by Capitol Police as he arrives to testify before House committees on Oct. 22.

House impeachment investigators released testimony from the top U.S. diplomat in Ukraine, who said it was his “clear understanding” that aid was withheld from the country in exchange for a pledge to investigate President Donald Trump’s political rivals.

William Taylor testified in closed session last month that Trump made the aid contingent on the Ukrainian leader Volodymyr Zelensky’s announcing probes into Joe Biden and his son Hunter and election interference. The diplomat is scheduled to appear in public on Nov. 13 as part of the first round of open impeachment hearings.

Here’s the transcript of his Oct. 22 testimony: