Home
Stocks
Capitol Report: Democrats shouldn’t read too much into their win in the Kentucky governor’s race, analysts say
Prev Article Next Article
This post was originally published on this site 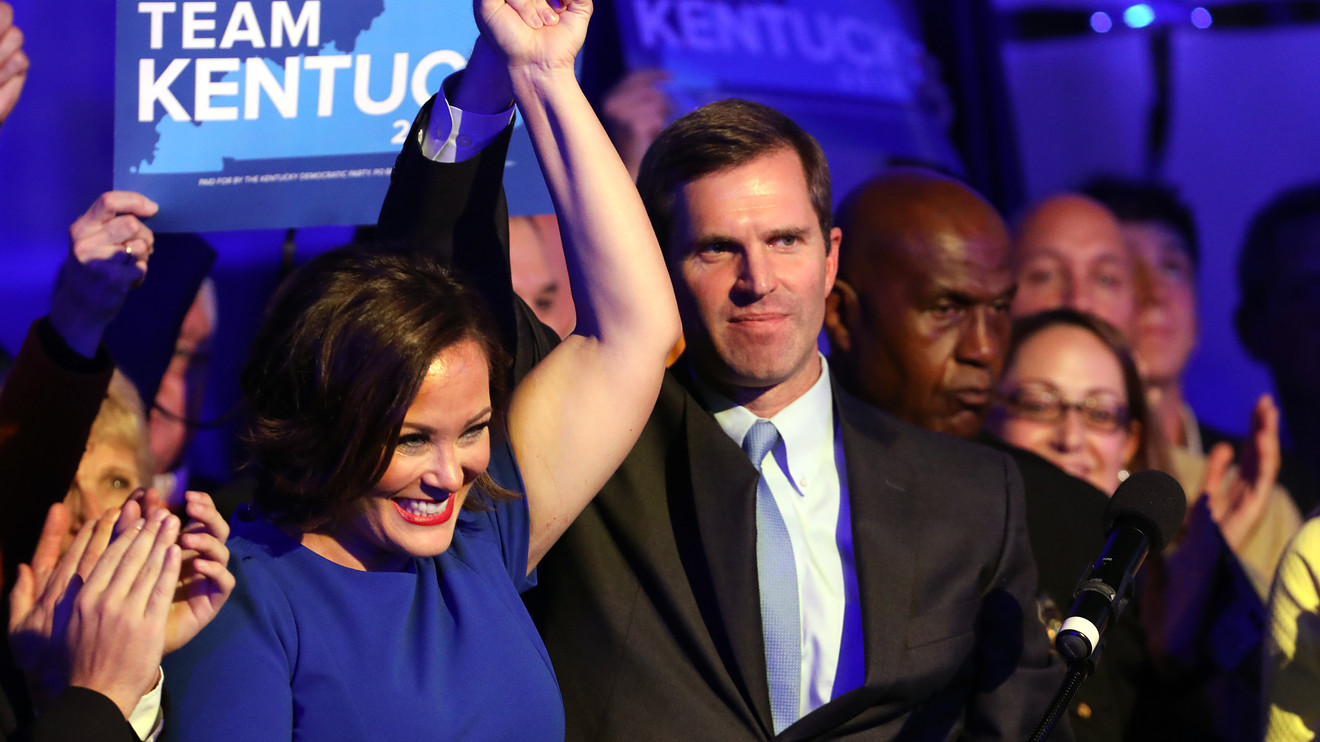 While Democrats around the country are celebrating Andy Beshear’s narrow win Tuesday in the high-profile gubernatorial race in Kentucky, some analysts are playing down what his victory over Republican incumbent Matt Bevin could mean for the 2020 election.

Cook Political Report analyst Dave Wasserman offered what he described as a “reality check.” Wasserman tweeted that a Democratic victory by less than a percentage point against “an unpopular GOP governor” is not a sign that Kentucky will be “competitive at the federal level in 2020.” In other words, don’t bet on Republican Sen. Mitch McConnell losing to Democratic challenger Amy McGrath, or on President Donald Trump struggling in the state, which he carried by a 30-point margin in 2016.

Other analysts echoed Wasserman’s view on the election results in Kentucky, where Bevin so far hadn’t conceded. The Republican incumbent reportedly lost by less than 5,000 votes, as 1.4 million Kentuckians voted and turnout rose to 41% from 31% four years ago.

“Bevin clearly had a unique problem,” CQ Roll Call analyst Nathan Gonzales wrote in a column. “Republicans won the five other statewide offices, four of them by more than a dozen points. Tuesday’s results doesn’t tell us much about how the state will vote in 2020, when Majority Leader Mitch McConnell is up for re-election.”

To be sure, some analysts were viewing Bevin’s loss as a bad 2020 sign for Trump and the GOP. “The Republican incumbent couldn’t overcome the unpopularity of the party’s agenda. That doesn’t bode well for the GOP in 2020,” wrote David Frum, a former speechwriter for President George W. Bush, in an Atlantic column.

In other elections results from Tuesday, Republicans managed a win in Mississippi’s gubernatorial race, while Democrats scored a big victory in Virginia, taking control of both chambers of that increasingly blue state’s legislature. Also in Virginia, a woman who went viral in 2017 and lost her job after she was photographed flipping off Trump’s motorcade while biking won a seat on Loudoun County’s Board of Supervisors.

Greg Valliere of AGF Investments was among the analysts suggesting that Tuesday night’s overall trend wasn’t encouraging for Trump and Republicans.

“Our main take-away this morning is that Trump is in danger of losing the suburban center, which means he could be in trouble in Michigan, Pennsylvania and Wisconsin, three states he barely won in 2016,” said Valliere, AGF’s chief U.S. policy strategist, in a Wednesday note. “It’s way too early to predict Trump could lose next fall, but the easy win expected by the markets SPX, -0.01% now looks unlikely.”