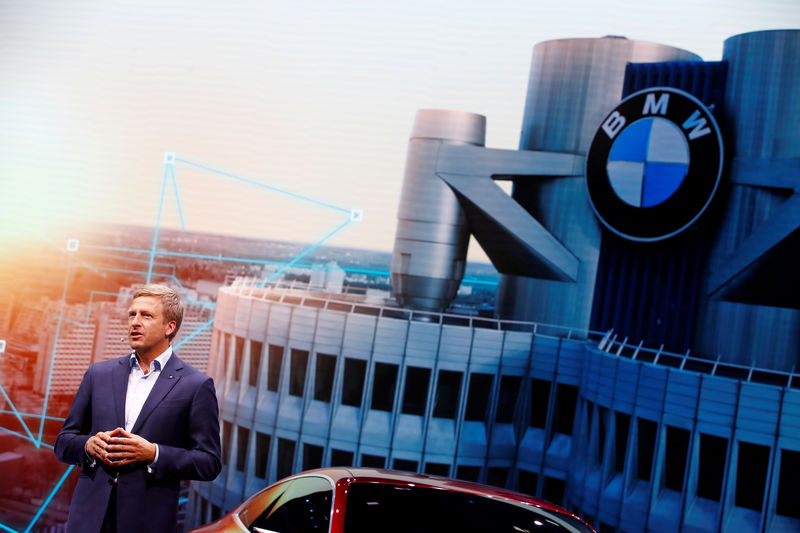 Oliver Zipse, who became CEO in August, said the German sportscar manufacturer is on track to meet full-year targets, unlike rivals such as Ford which have been forced to lower their profit forecasts due to slower sales in China.

“We are well on our way to achieving our targets for the year as a whole,” Zipse said on Wednesday.

Sales of BMW’s passenger cars rose 3.6% in the quarter including a 5.8% rise in China sales in September, thanks to a newly launched X3 sports utility vehicle, even as overall car sales in China fell for the past 15 months in a row.

The Munich-based company said its earnings before interest and taxes (EBIT) rose to 2.29 billion euros ($2.54 billion), up from 1.72 billion euros in the year-earlier quarter and ahead of the 2.16 billion euros forecast in a Refinitiv poll.

The operating margin at its automotive division rose to 6.6% from 4.4% in the year-earlier period, when new emissions rules led to heavy stockpiling and discounting by competitors and hit BMW’s profit margin on luxury cars.

“A decent set of third-quarter numbers with revenues 4% ahead of consensus driven by better mix and solid pricing,” Barclays (LON:) analyst Dorothee Cresswell said in a note.

BMW said in March it expects a significant fall in group pretax profit, a slight increase in vehicle deliveries, and an EBIT margin of between 4.5% and 6.5% in the automotive division, an outlook it reiterated on Wednesday.

It sees demand for electrified vehicles, which includes hybrid engines, doubling by 2021, and sales of electrified cars growing by 30% annually between 2021 and 2025.

Carmakers are having to make huge investments into cleaner and self-driving technologies just as demand in China, their biggest market, is falling and a trade war between Washington and Beijing is curbing global economic growth.

The Bavarian carmaker faces higher manufacturing costs as it prepares factories to build hybrid and electric cars, forcing cost cuts elsewhere, with the aim of achieving more than 12 billion euros in efficiency gains by the end of 2022.

BMW said it will cut development times of vehicles by a third and the number of drivetrains by 50% from 2021 onwards.