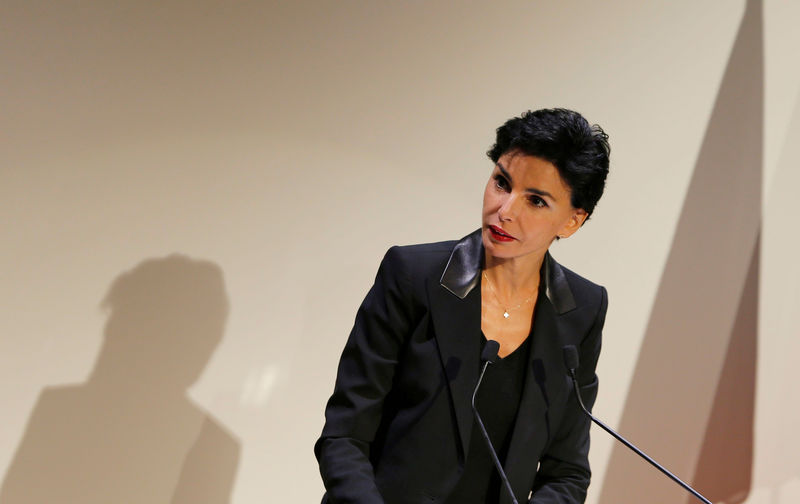 “It looks like things have lined up to go forward and I think there’s good faith at this point to start things,” Schwarzman said in an interview at a Reuters Newsmaker event in New York.

American and Chinese officials have been racing to finalize a “phase one” interim trade agreement before new U.S. tariffs on Chinese imports, including electronics, toys, and laptops, take effect from Dec. 15.

That agreement is expected to be concluded later this month and signed by U.S. President Donald Trump and Chinese President Xi Jinping, resulting a truce in the trade war.

“If agreement number one is done, which I would expect would happen, then it will lead to the second agreement, which will have more things in it, so I think there’s reason for optimism in terms of what’s going on,” Schwarzman said.

U.S. economic growth has slowed this year, reaching 1.9% in the third quarter, according to the Commerce Department, due to a decline in business investment triggered by trade tensions.

This slowdown has heightened concerns of an impending economic recession amid other warning indicators, including the inversion of the U.S. yield curve during the summer. An inverted yield curve has preceded every U.S. recession since 1955.

But Schwarzman said he does not expect a recession to happen anytime soon since personal consumption, which accounts for 70% of the economy, remains strong.

“The consumers are doing quite well and it’s the first time in many years that in part of our economic scale people are out-earning inflation,” Schwarzman said.

“When that happens, people spend money. I expect there to be a continued wage pressure because we’re starting to run out of workers and this will continue as a sort of economic cycle for a while.”

Schwarzman has had close links with China dating back more than a decade, when the country’s sovereign wealth fund, China Investment Corporation, paid $3 billion for up to 12.5% of New York-based Blackstone. CIC has since sold down that stake.

Blackstone has become one of the biggest U.S. investors in China’s property sector. Schwarzman is also the founder of the Schwarzman Scholars, a one-year international scholarship program based in Tsinghua University in Beijing.