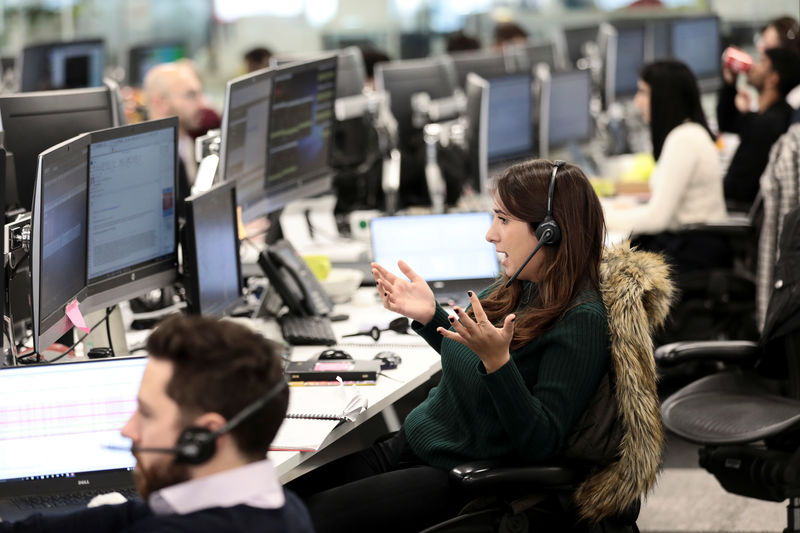 LONDON (Reuters) – Banks and fund managers want the European stock trading day shortened by 90 minutes in a radical move they say would improve market efficiency and staff wellbeing – but exchanges are split.

The Association for Financial Markets in Europe (AFME), a banking industry body, and UK-based Investment Association (IA), which represents asset managers, said Europe had some of the longest trading hours in the world at 8-1/2 hours.

This compares with 6-1/2 hours on Wall Street and 6 hours in Asia, the two industry bodies said in a joint statement on Thursday.

AFME and IA, whose members including Goldman Sachs (NYSE:), Barclays (LON:), BlackRock (NYSE:) and BNP Paribas (PA:) account for the bulk of share trading, said they were talking with major European exchanges to explore cutting the trading day by 90 minutes.

The opening bell would be rung at 0900 GMT, an hour later than at present, with the close 30 minutes earlier at 1600 GMT.

The first hour of trading currently attracts light volumes, making it more costly to trade, with over a third of trading in the final hour.

“Shortening the hours would concentrate liquidity leading to more consistent trading costs and provide greater time for traders and the market to digest corporate announcements,” AFME and IA said.

Long hours affect the mental health and wellbeing of traders and are a key obstacle to recruiting more diverse staff, in particular for those with family or caring commitments, they added.

The Financial Conduct Authority, which regulates share trading, said last month the number of women in senior financial roles had flat-lined since 2005 despite the sector’s “rhetoric” on diversity, with brokers the worst.

The London Stock Exchange said it strongly supported improving diversity and workplace culture, and intended to consider the request in a formal consultation with members and users.

Share trading in Europe already faces fragmentation due to Britain’s departure from the European Union, and differences in trading hours could accentuate any divide.

Rainer Riess, director general of the Federation of European Securities Exchanges, said Europe’s current trading hours were “fit for purpose” and should not be revisited.

“A reduction of trading hours in Europe would give an advantage to other jurisdictions in similar or equivalent time zones to expand their trading hours,” Riess said.

Cboe, Europe’s biggest cross-border exchange, said it would likely make the most sense to shorten sessions at the beginning of the day given they do not overlap with the U.S. market.

Aquis Exchange said that while it welcomed steps to improve markets, cutting trading hours was not the most effective way of boosting diversity or the number of women.