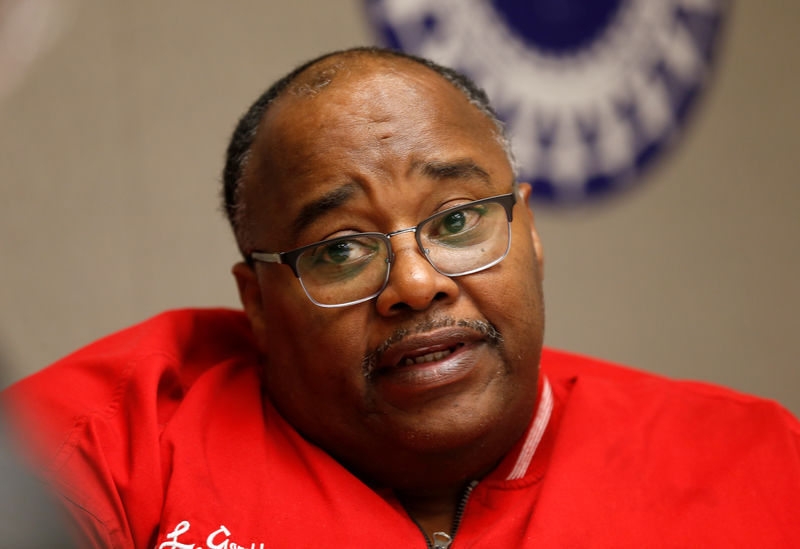 By Nick Carey and Joseph White

DETROIT (Reuters) – The acting head of the United Auto Workers (UAW) said on Wednesday that he will examine every department of the union in response to a spreading federal corruption probe that has damaged the union’s standing during contract talks with Detroit’s automakers.

“We’re going to be looking at every inch of this union to make sure we embrace tight controls,” Rory Gamble told Reuters in an interview shortly after federal prosecutors issued new charges against a former top UAW official. “We need to make sure we have standards that stop this thing from happening again.”

Gamble said that on Thursday he would propose a series of “very strict rules” to the UAW’s board for managing members’ dues and enable staff to report wrongdoing.

“We need to get away from that wall of silence that seems to have surrounded some of this stuff,” Gamble said.

A UAW vice president, Gamble stepped into his role at the weekend to replace UAW president Gary Jones, who took a paid leave of absence after being linked to the ongoing corruption probe.

Ten people have been charged in the investigation so far.

The widening probe raises questions about whether the U.S. government might seek to supervise the UAW as it did the Teamsters in the wake of financial corruption at that union.

Gamble said he has been briefed by the union’s legal team on that possibility.

“We’re going to work very hard to show we can apply self-governance here and protect and maintain our union,” he said. “I have no problem doing that.”

In 1988, the U.S. Justice Department sued to force out senior leaders at the International Brotherhood of Teamsters union and appoint a trustee because of the union’s connection to organized crime.

The government oversaw the union from March 1989 until 2015, when it agreed to a five-year transition period that will end in February 2020.

Last week UAW leaders recommended approval of a tentative four-year labor agreement with Ford Motor Co (N:), sending the deal to the automaker’s 52,000 UAW members for a vote. The union previously ratified a similar deal with GM and will now negotiate with FCA.

Gamble said the union was committed to getting a good deal for its members.

“If you look at the GM strike, that was done under a cloud of suspicion for some of our leaders,” he said. “But our members came together with one focus in mind and that was getting a good, fair agreement to protect their families.”