Home
Stocks
The Ratings Game: Uber earnings provide yet another look at the challenges of food delivery
Prev Article Next Article 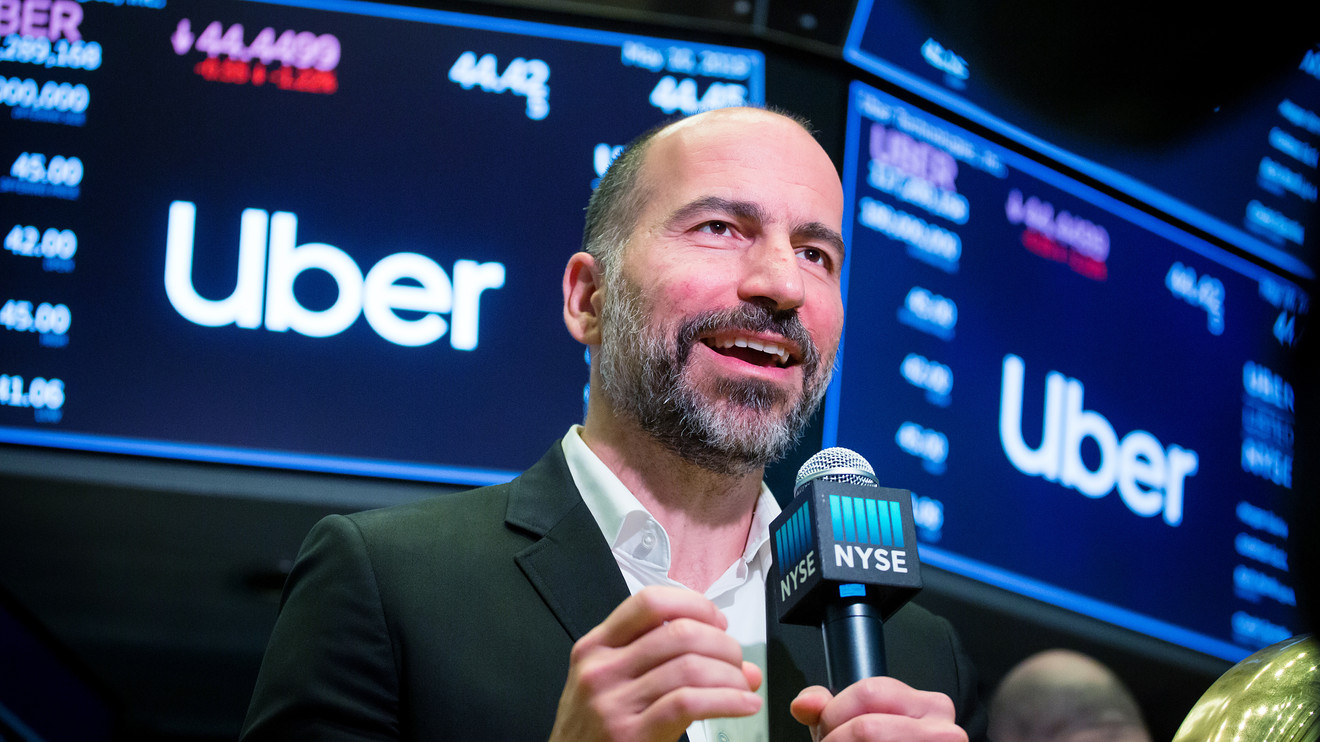 Uber Technologies Inc.’s sprawling ambitions were on display Monday, as the company reported another sharp loss and gave a complex view of its profit trajectory.

Unlike rival Lyft Inc. LYFT, -0.11%, which is mainly focused on ride hailing, Uber UBER, -6.03%  has broader ambitions, including a greater piece of the online food-delivery market. Competition is heated in that industry, and Uber’s disclosures on its earnings call served as one of the weaker points of the latest report.

Shares are off 7% in morning trading Tuesday.

Gross bookings revenue, and earnings before interest, taxes, depreciation and amortization (Ebitda) “came in shy of our initial expectations, raising questions around the longer-term path to Eats profitability at this point,” wrote Evercore ISI analyst Benjamin Black in a note to clients titled: “Eats Takes a Bite Out of Sentiment.”

Though Black cheered the company’s expectation that it will generate positive overall Ebitda in fiscal 2021 and praised better-than-expected financial metrics for the Rides segment, he conceded that there’s “limited visibility into when trends should inflect positively” for Eats. Black rates the stock at outperform with a $60 target price.

HSBC’s Masha Kahn highlighted the varying performance of Uber’s Rides and Eats business, noting that “if Uber were to shut all its loss-making businesses, its Rides business alone would generate enough Ebitda ($631 million in 3Q19) to cover group overhead.” As for Eats, she believes the company will need to focus on “rationalization” geographically.

“Management disclosure that 15% of Eats’ bookings account for over half the losses further corroborate our view that Uber’s exit from highly unprofitable markets is likely over the next 12 to 18 months,” Kahn wrote. She rates the stock a buy with a $44 target price.

Brian Fitzgerald of Wells Fargo highlighted the expectation that private meal delivery companies will continue to be aggressive with their promotions through the end of the year, but that could ease as the cheap capital runs out. He also pointed to management’s disclosure that California AB5, a law that will restrict how companies can classify workers as contractors, could affect 9% of Uber’s gross bookings for Rides and Eats.

He has a market perform rating on the shares and a $41 target price.

Uber’s report comes the week after meal-delivery pure play GrubHub Inc. GRUB, +4.37%  saw its shares tank after the company’s disclosure that “online diners are becoming more promiscuous,” meaning that newer customers in particular are less likely to show loyalty to a particular delivery platform. Given the context, Loop Capital’s Jeffrey Kauffman said that the “tough dynamics in Eats [were] directionally similar to competitor GrubHub.”

Wedbush analysts Daniel Ives and Ygal Arounian were more upbeat, however, commenting that “management expects discounting and competitive pressures to continue in the US, but also sees better industry growth than Grubhub highlighted last week, so will continue to invest behind maintaining a market-leading position and competitive advantage.”

Loop’s Kaufmann has a buy rating and $48 target on Uber’s stock, while the Wedbush analysts rate it at outperform with a $45 target price.

Eight analysts cut their price targets on Uber after the report, while three raised their targets, according to FactSet. Of the 38 analysts tracked by the service who cover Uber’s stock, 26 have buy ratings, 11 have hold ratings and one has a sell rating. The average target price is $46.59, 50% above recent levels.