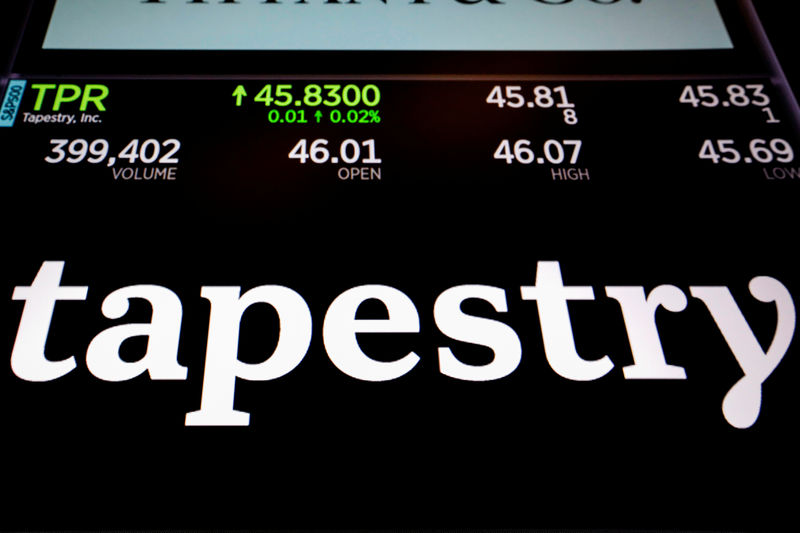 (Reuters) – Tapestry Inc (N:) beat quarterly profit estimates on Tuesday, as demand for its high-margin Coach handbags and apparel in China and Europe helped it overcome stagnating sales in North America, sending its shares up 4.7% in premarket trading.

The New York-based fashion house is spending more to expand globally, especially in China where the Coach brand has been holding fashion shows, partnering with celebrities and using local social media to woo high-spending consumers.

The high-end fashion industry has been focusing on China, with companies from New York, Paris and Milan sending their priciest products to the world’s second largest economy as consumers increasingly choose to splurge at home rather than on overseas trips.

The company, which replaced Chief Executive Officer Victor Luis with Chairman Jide Zeitlin in September, incurred about $76 million in charges related to a change in how it accounts for leases.

Excluding items, it earned 40 cents per share, beating analysts’ estimates of 37 cents. Net sales fell to $1.36 billion and missed expectations of $1.37 billion, according to IBES data from Refinitiv.