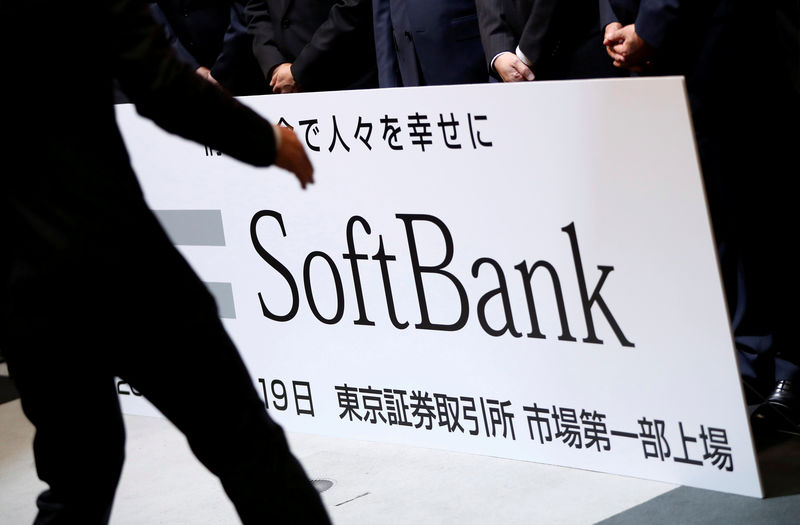 TOKYO (Reuters) – WeWork’s Japan unit can become profitable “in the near future”, the Japanese partner of the U.S. office-space sharing startup said on Tuesday, amid investor scepticism over its path to profitability.

SoftBank was forced to rescue WeWork last month following a flopped IPO attempt. That makes the Japanese investment group WeWork’s biggest shareholder as it leads a restructuring at the money-losing startup.

By contrast WeWork Japan, which has 23 locations in 6 cities, needs to expand as it currently has only 240 staff, Miyauchi told an earnings news conference, adding that locations are being filled as soon as they are announced.

The remarks came after the telco reported a 9% rise in second-quarter operating profit, beating estimates, buoyed by its cash-cow mobile business.

SoftBank Corp’s results are closely watched by investors not only as it is Japan’s third largest telco and has committed to pay out 85% of its profits as dividends, but as an indicator of the health of parent SoftBank Group Corp, which has a 67% stake.

SoftBank Group, which reports its earnings on Wednesday, is trying to raise funds for a second technology fund but is widely expected to report large writedowns on some of the big tech bets it and its $100 billion Vision Fund have made.

Price pressure on Japan’s big three telcos has been relieved by delays in the roll-out by Rakuten Inc (T:) of its own mobile network, which has been hit by base station construction delays, with the company yet to announce a concrete commercial service launch date. Rakuten reports its earnings on Thursday.

Zozo will begin selling its wares on the new PayPay Mall, a major advance into online retailing by SoftBank, which also operates QR code payments app PayPay – one of a huge number of such services jostling for consumer attention as Japan belatedly shifts to cashless payments.

In support of that push, SoftBank’s baseball team, SoftBank Hawks – which last month topped its league for the third straight season – will change the name of its stadium in Fukuoka to PayPay Dome from Yahuoku Dome.