Home
Stocks
Next Avenue: The pros and cons of a growing trend in women-owned businesses
Prev Article Next Article 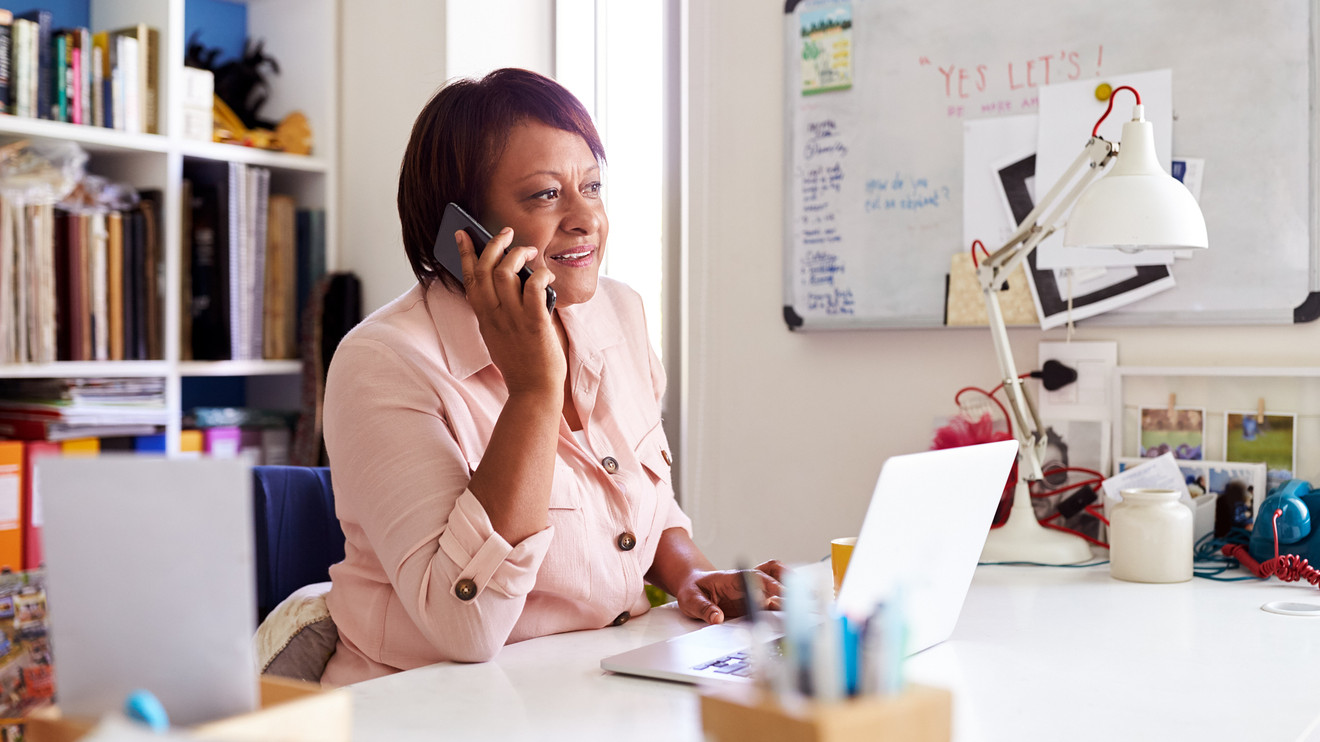 This article is reprinted by permission from NextAvenue.org. It is part of the America’s Entrepreneurs Special Report.

“Sidepreneurs” is a new term to me, but it’s getting traction in the realm of female entrepreneurs.

For the first time, the annual American Express AXP, +0.40%   report on women-owned businesses in America looked at “sidepreneurs,” part-time entrepreneurs who work fewer than 20 hours a week on their businesses. What it found was pretty stunning.

The 2019 State of Women-Owned Business Report said the growth rate of sidepreneurship for women between 2014 and 2019 has been far greater than for all women-owned businesses: 39% vs. 21%.

The growth of sidepreneurship for women

It’s also been stronger than for all adult sidepreneurs (32%). And it was twice as high for minority women-owned businesses than all sidepreneur businesses (65%). By far, the highest growth rate in the number of sidepreneur ventures has been among African-American women — triple that for all businesses.

Related: What happened when these female-led companies labeled their products ‘women-owned’

I was curious to explore what’s behind the sharp rise of female sidepreneurship and the pros as well as the cons of the trend. And I wanted to offer advice for women planning to take this path.

To do so, I reached out to these two experts:

What explains the surge?

But what’s spurring the growth in sidepreneurship, specifically?

“Sidepreneurs may be testing a business idea while holding down a job or supplementing income or seeking a creative outlet or an additional challenge,” according to the Amex report. “They may also want flexibility because they have caregiving responsibilities or want a certain lifestyle.”

I get it. And as someone who writes often about midlife entrepreneurship, I always encourage people, if possible, to start small and launch their businesses on the side, while keeping their paid, full-time positions. That’s simply a good strategy allowing a new venture to slowly gain traction.

Many of the entrepreneurs I profiled in my book, “Never Too Old to Get Rich: The Entrepreneur’s Guide to Starting a Business Mid-Life” (full disclosure: Next Avenue co-branded the book with Wiley) took that approach.

Concerns about sidepreneurship for women

So, I was a little surprised when I told a few colleagues about this column and they said they thought sidepreneurship was not a great thing ­– especially for low-income and minority women. They felt such women are pulling down two jobs and adding stress to their lives because they need the money and can’t afford to quit their day (or sometimes night) job.

I don’t see it that way for the reason I noted above, but also because I believe entrepreneurship can be empowering, offer an income boost and provide flexible hours.

I asked Eddleston and Gines what they thought.

“After looking at the report, it is really hard to interpret,” Eddleston said. “For example, [the researchers] do not give information on whether the sidepreneurs have children — and if so, how many and their ages — and whether these women have a spouse. I would want to know if their part-time business is for necessity or to supplement the household income.”

See: Investors are the biggest losers when women and minority entrepreneurs don’t get startup money

Her explanation for the female sidepreneurship growth is mine, too. “What likely attracts women to these sidepreneur opportunities is their lack of risk,” Eddleston told me. “Research repeatedly shows that women have a lower tolerance for risk than men, and when deciding to become entrepreneurs, are strongly motivated by autonomy and flexibility.”

Sidepreneurship allows “women to test the waters and see if they like the business before taking the plunge and going full time,” she added. “They can also see if the money earned is worth their time. Further, with all of the many ways to create a part-time business or become a part-time business associated with a larger sharing-economy firm, women can easily identify ways to capitalize on their interests, hobbies and skills.”

It’s a “low-risk strategy that a woman can pursue at her own pace, based on her own schedule, without requiring a heavy investment,” Eddleston said. “That means, an older woman who is not ready to fully retire can keep working as a sidepreneur.”

Gines, too, took the positive view.

“The growth of sidepreneurship is a good thing,” he said. “As a general rule, any time you get people starting an entrepreneurial venture, it’s good for the economy.”

That said, many black women business owners launch their firms as side businesses out of financial necessity, according to Gines. Most black women entrepreneurs work part-time in their businesses, less than 39 hours a week, according to his Federal Reserve report.

Also see: This full-time lawyer also has 13 side hustles. Here’s what he’s learned

“Many black women founders may be single parents and need to have this dual income to support the household needs,” Gines said. “Because the women are taking care of their families, they need to have a level of confidence before they can make that jump completely. Woman who are responsible for the household tend to keep the size of businesses artificially low because they need health insurance from a primary employer and want to make sure everything is absolutely appropriate before taking the jump.”

Advice for women on becoming sidepreneurs

Go for it. “Because of the sharing economy, there are endless possibilities for women over 50 to become part-time entrepreneurs,” Eddleston said. They “tend to have less child care responsibilities than their younger counterparts, so it’s a perfect time to venture out on one’s own. By starting part-time, the investment is often very low and with little risk, but the potential to earn extra cash is often great.”

Do a gut-search. Assess your interests, hobbies and skills and then brainstorm how you can build a side business around that, Eddleston advised. I call this doing your inner MRI: Why me? Why now? Why this business or service? Is there a market out there for what I have in mind?

Do some sleuthing. Women should also consider how they can capitalize on entrepreneurial opportunities already out there, such as eBay, EBAY, +0.45%   Poshmark, Uber, UBER, -0.92%   Lyft, LYFT, -0.35%   Airbnb and Rover, Eddleston said.

“The increase in women’s sidepreneurship is partly a reflection of the sharing economy. It has become easier and more acceptable for individuals to take advantage of entrepreneurial opportunities created by the sharing economy,” she noted.

Seek out help. Women should look to local colleges to see if they have outreach programs for aspiring women entrepreneurs. Other alternatives: programs offered by the Center for Women & Enterprise and those supported by the Small Business Association’s Women Business Centers and women’s business owner associations. Look for support providers in your community, too, such as the local Rotary Club, or Chamber of Commerce, Gines said.

You might take courses on entrepreneurship at a community college and get certified as a women’s business on the federal, state and city level, to qualify for more projects.

Finally, “It’s important to connect with mentors. Some might provide business knowledge, others emotional support,” Gines said. “There is a lower rate of failure if you start small, learn your skills and craft and then scale.”

Kerry Hannon is the author of “Never Too Old to Get Rich: The Entrepreneur’s Guide to Starting a Business Mid-Life.” She has covered personal finance, retirement and careers for the New York Times, Forbes, Money, U.S. News & World Report and USA Today, among other publications. She is the author of a dozen books. Her website is kerryhannon.com. Follow her on Twitter @kerryhannon.

This article is part of America’s Entrepreneurs, a Next Avenue initiative made possible by the Richard M. Schulze Family Foundation and EIX, the Entrepreneur and Innovation Exchange. This article is reprinted by permission from NextAvenue.org, © 2019 Twin Cities Public Television, Inc. All rights reserved.