If trade optimism is truly feeding these stock records, then get the confetti ready.

Reports that the U.S. may drop some China tariffs to seal a “phase one” deal are boosting stock futures on Tuesday. That’s a day after all three major U.S. indexes nailed record closes.

But Lori Calvasina, RBC Capital Markets’ head of U.S. equity strategy, is wary of those highs and offers five reasons why investors should be too, in our call of the day.

1) “Euphoric” U.S. equity futures positioning among asset managers is nearing July 2019, September 2018 and January 2019 peaks that are in line with highs seen just before the global financial crisis. That means stocks could be vulnerable to bad news. 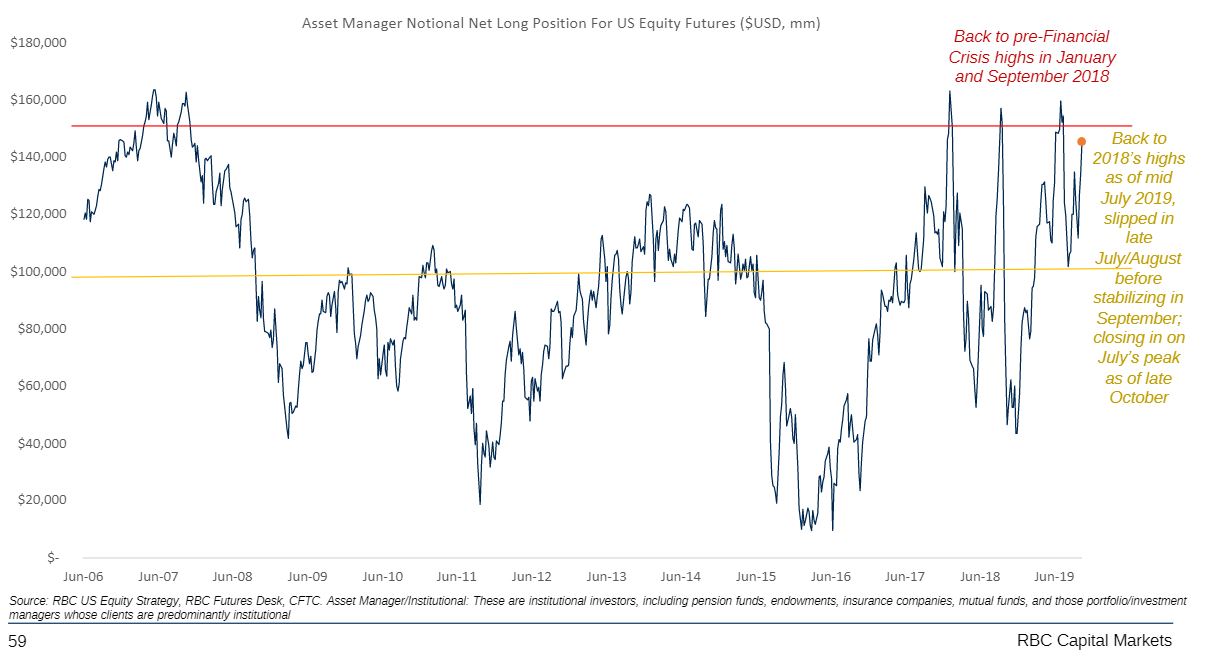 2) Valuations in the U.S. equity market are back to late-2017 highs, and Calvasina says improvement from here may be tough given the Federal Reserve is expected to pause on further interest rate cuts.

4) Stocks are already accounting for the benefits of a phase one trade deal, which Calvasina doubts would undo damage that’s been done to business confidence. 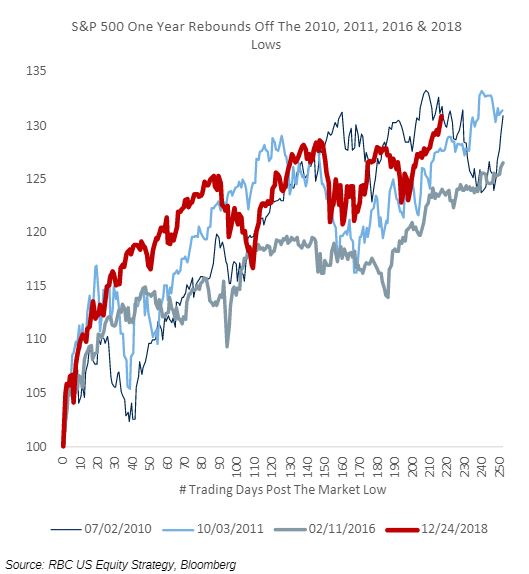 “The new thought we offer this week is that we haven’t learned anything in the current reporting season that justifies euphoric positioning and peak valuations. Reporting season has been better than feared, but the overall tone around demand/macro, tariffs and cost savings all sounds very familiar – it’s what companies have been saying all year,” says Calvasina.

Our chart comes from the World Gold Council. On Tuesday, the industry body reported the biggest exchange-traded fund inflows for gold in three years, due to accommodative monetary policies, safe-haven demand and investors chasing some big gains. 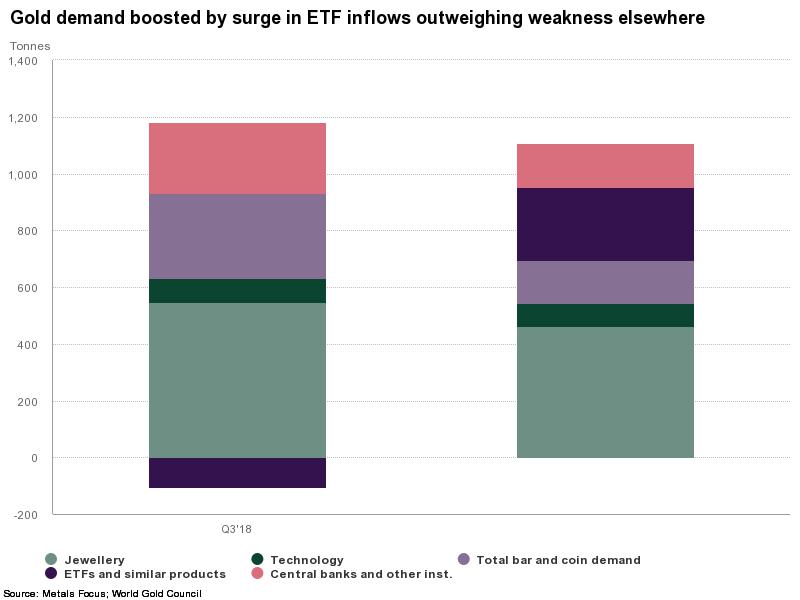 Trade balance data will hit early, followed by the Markit services purchasing managers’ index, the ISM non-manufacturing index and job openings. There are also a lot of Fed speakers this week.

$1.8 million — That’s the cost of a single-dose drug developed by Bluebird Bio BLUE, -0.05% for a rare blood disorder that has plagued Sicilians for centuries.

There’s a new word for being single: self-partnered