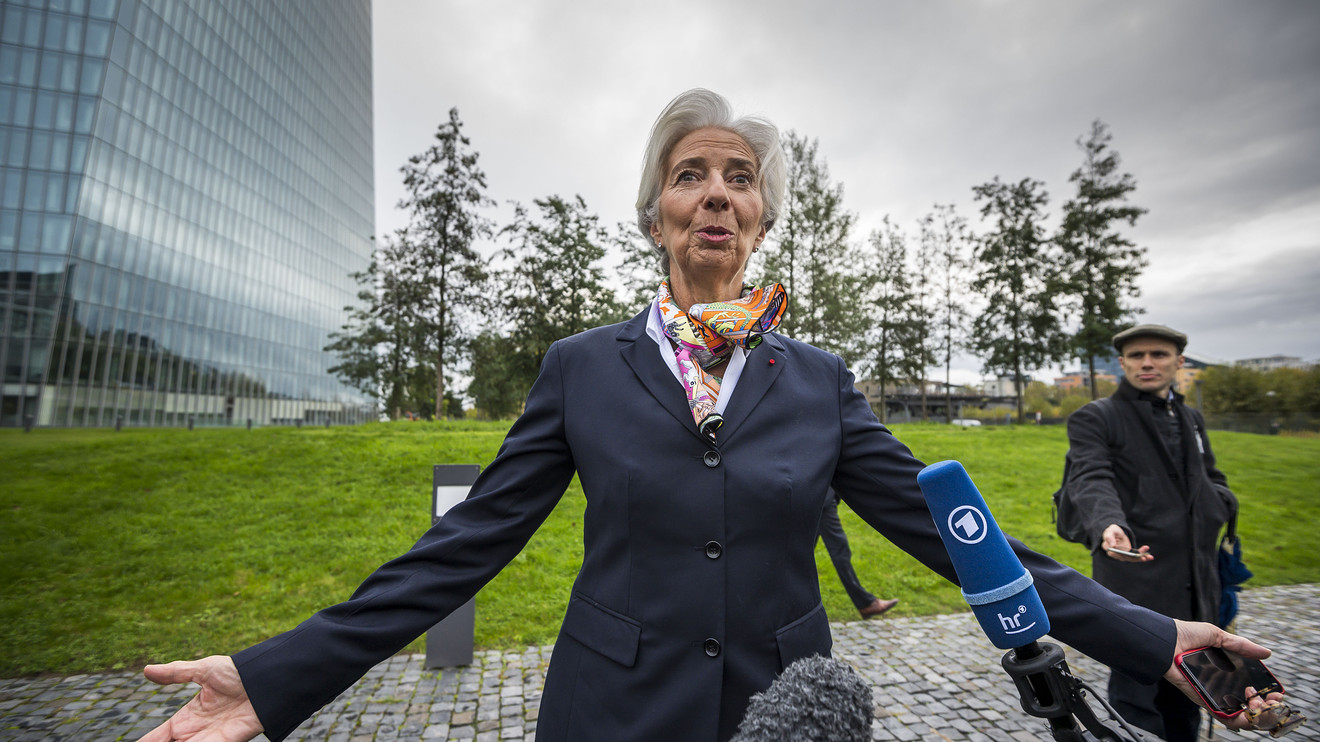 Among the many problems Christine Lagarde faces as new president of the European Central Bank, one of the most serious and pressing is Germany.

The hostility of German policy makers and public opinion, egged on by a strident media, to the loose monetary policy devised by Lagarde’s predecessor Mario Draghi poses a serious political problem for the central bank. And there is no indication that the opposition will mellow after the resumption this month of the ECB’s asset-buying program, also known as “quantitative easing.”

In her first speech as ECB president on Monday night in Berlin, Lagarde deftly skirted the topic, even as the elephant was sitting squarely in the room: Wolfgang Schäuble, the intransigent former German finance minister, was being honored with an award from the association of German magazine publishers. And Lagarde, his former colleague from the days when she was France’s finance minister 10 years ago, had been asked to give the keynote laudatory speech.

Schäuble, a towering presence in German and European politics for a quarter of a century, is now the chairman of the Bundestag, Germany’s parliament. He played a key role in the unification of Germany, then in the creation of the euro.

But during the euro crisis, he was also the man who devised a way to kick Greece out of the common currency. The plan that could have brought mayhem to the eurozone ultimately failed. And after a brutal turnaround, Greece today is borrowing from markets at negative rates.

Schäuble is also remembered as the man who imposed the rule that German budgets should always be balanced, come rain or shine. Today the so-called “black zero” has become a symbol of German reluctance to use fiscal policy as a tool to fight economic downturns.

Even though she steered clear of any monetary policy pronouncement, Lagarde still used her speech to allude to the task at hand. She quoted to Schäuble his own statement that “what is good for Europe is good for Germany.” And, in what could have been an allusion to black zero, she reminded Schäuble that he himself had shown in the past that “rules are not an end in themselves.”

These are two statements she may have to repeat over and over again in the next few months.