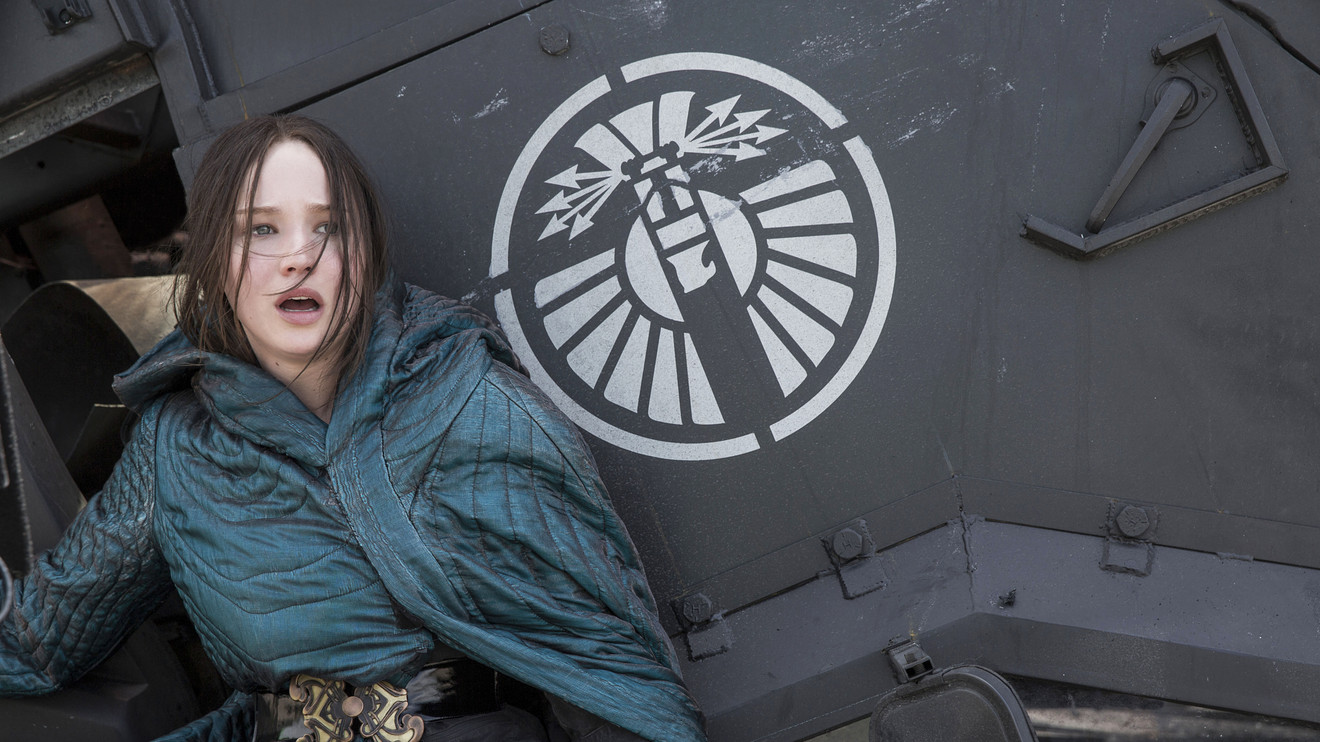 After its recent deal for Fitbit, the $16 billion question many investors are asking is: What will Google buy next?

That’s how much cash is on hand at Google parent Alphabet GOOG, +0.41% GOOGL, +0.48% as of its last quarterly filing. Given its long history of bold and high-priced acquisitions, it is certain that the recent $2.1 billion deal for wearables brand Fitbit FIT, +0.14%  won’t be its last.

After all, it’s not even the biggest deal of the last few months for the folks over in Mountain View; there was a $2.6 billion deal in June to acquire Looker, a data analytics and business intelligence platform. And Google’s past is rich with plenty of other big-ticket deals that are much larger and ambitious, including $3.2 billion for Nest Labs back in 2014 and $12.5 billion for Motorola Mobility back in 2011.

Alphabet, whose stock has mostly tracked the S&P 500 index SPX, -0.04% this year, has a host of business arms that could benefit from an influx of new products, talent and energy. So what could it buy next? Here are five ideas across five areas.

There are plenty of potential reasons why Google bought Fitbit, but bolstering its nascent health and wellness capabilities are at the top of the list. After all, Google has proven it’s not overager to compete with powerhouse Apple AAPL, +0.05% on consumer hardware, so looking at the Fitbit deal simply as another foray into wearables is missing the full picture.

Consider, for instance, the Google Contact Lens project that was begun in partnership with Swiss health-care giant Novartis NVS, -0.93% NOVN, -0.93% but recently put on hold. One of the big challenges was obtaining accurate readings, and Fitbit assuredly will help further that mission of figuring out biometrics — a natural growth area for this data-centric tech company.

A bridge between the current world of diabetic patients sticking their finger and a future world of blood sugar-sensing contacts could be provided via Teladoc Health TDOC, -1.08%, a firm that specializes in telemedicine solutions via a “virtual first” strategy. Many of its offerings already sound Google-esque, including video chats, virtual record-keeping and data solutions for providers. It doesn’t take a lot of imagination to see how using Fitbit technology and Google’s platform could advance Teladoc’s business

Teladoc is currently unprofitable, but that has never stopped Google before. Recall ambitious long-term plans like the ones that fueled its Nest deal on hopes of “smart home” technology. Why not a “smart doctor’s office” model next?

Another logical play for Google would be to push ambitiously into digital payments and banking via Square SQ, -2.13%. Square started with a focus on credit and debit card acceptance gadgets for smartphones, but has since branched out into payment processing via point-of-sale hardware that mimics cash registers as well as inventory management systems and even a capital and financing arm to offer clients small business loans.

As with its health arm, Google’s fintech operations have been lackluster and failed to bear fruit thus far. And unlikely high-tech health applications like telemedicine, there is already overwhelming evidence that we are seeing a sea change in technology and behavior in the finance realm. Just look at how commission-free trading platform Robinhood broke the very idea of paying for trades, forcing deep-pocketed competitors to follow suit.

Square is pricey at a market capitalization north of $26 billion, but it’s also already profitable as a stand-alone company so the efficiencies and scale brought by Alphabet could really make this deal into something big. And on top of its core operations, Square is dabbling in digital business solutions that include mobile payments, website building and data analytics. Sounds like a perfect fit for Google on those fronts.

Google is at risk of being on the outside looking in on 21st century finance technologies, so Square would have immediate near-term impact on both profitability and on investor sentiment.

With competitor Amazon.com AMZN, +0.01%  becoming an established content provider — 47 Emmy nominations so far — and with Apple TV offering an ambitious programming lineup that includes the star-studded astronaut biopic “For All Mankind,” the pressure is on for Google. After all, if it doesn’t back up its YouTube TV subscription service with in-house shows, it has no real moat against other services that offer in-demand, exclusive programming in addition to a standard streaming pipeline.

That’s where Lions Gate Entertainment LGF.A, -0.96% comes in. The $71 billion megadeal to merge entertainment behemoth Walt Disney Co. DIS, -0.81% with 20th Century Fox risks marginalizing midsize content providers like Lions Gate. So in many ways, this company is as much in need of a platform provider as Google is in the market for a studio.

Lions Gate owns Starz and all its sister networks, as well as smash film franchises including “The Hunger Games” and the vampire trilogy “Twilight.” But perhaps more importantly, it knows the business of producing regular content. Those are attractive elements to Google — and with share prices less than half what they were a year ago, Google could drive a hard bargain.

or heck, it could or even settle for a similar name like AMC Networks AMCX, -1.09%  if push comes to shove. AMC’s library of content isn’t as flashy, but could still help jump start any Google content efforts.

Though it would offer less fireworks than the three ideas above, Teradata TDC, -0.16%  would be in many ways a much more realistic — and instantly impactful — deal.

Teradata is an analytics provider, offering data intelligence and cloud-based solutions to optimize network performance, security and other infrastructure maintenance. But beyond simply being another cloud play, it offers business consulting services to “identify and operationalize analytical opportunities” — in other words, it tries to help you learn how to use its tools instead of just dumping data on you and hoping you figure it out. Or as the company’s tagline goes, “stop buying analytics and start buying answers.”

This is the natural evolution of all those cloud and data products Google has been rolling up lately, adding a human element that provides real value. After all, raw data and cloud providers are painfully fungible. This would help Alphabet both stand out, and guard against the deflationary spiral we’ve seen in dumbed down storage and cloud data.

At about $3.5 billion, Teradata is all this and easily within reach of Alphabet’s current stockpile of cash. With $2 billion in annual revenue and comfortable and growing profits, it’s not a loss leader like other Google gambits. The icing on the cake is a forward P/E ratio of less than 15, on par or below peers, hinting that Alphabet execs wouldn’t be paying a huge and risky premium up front with a demand for future growth to justify the price tag.

Nuance Communications NUAN, +0.69% is a play in the other direction, away from a helping human hand and toward an all-in play on artificial intelligence as a way to improve the interrelationships between businesses and their technology platforms.

A key example is Nuance’s voice recognition and “natural language” solutions that take in speech or text entry and then automate a decision accordingly. The obvious application is in a call center or customer service chat tools, but Nuance deploys its artificial intelligence in a host of other areas — from helping analyze symptoms of patients to make an accurate diagnosis to helping businesses up-sell and cross-sell customers, to preventing fraudulent behavior as it happens.

These AI solutions are packaged as software-as-a-service offerings, meaning regular paychecks from clients that add up over time. Like Teradata, Nuance is comfortably profitable, though admittedly a bit challenged on the top line of late. That could change in a hurry through a blockbuster partnership with Alphabet, which has been investing heavily in AI technologies via other acquisitions like DNNresearch, DeepMind Technologies and JetPac in recent years.

On the heels of Fitbit, it’s particularly noteworthy that Nuance is a leader in Computer-Assisted Physician Documentation (CAPD) that helps surgeons streamline the paperwork process before, during and after operations. Buying this company could help Alphabet look beyond another consumer gadget that monitors heartbeats and into specialized and lucrative areas like helping heart surgeons.