Home
Stocks
In One Chart: Netflix shares have surged 23,000% since the turn of the century, but that’s nothing compared with the top performer
Prev Article Next Article

Not bad… for second best.

Cost-estimating website HowMuch.net took a look at some of the hottest stocks of the 21st century and found that, while the streaming giant has, indeed, enriched its shareholders, Monster Beverage MNST, +0.98% dominates the competition in terms of returns over the past two decades. 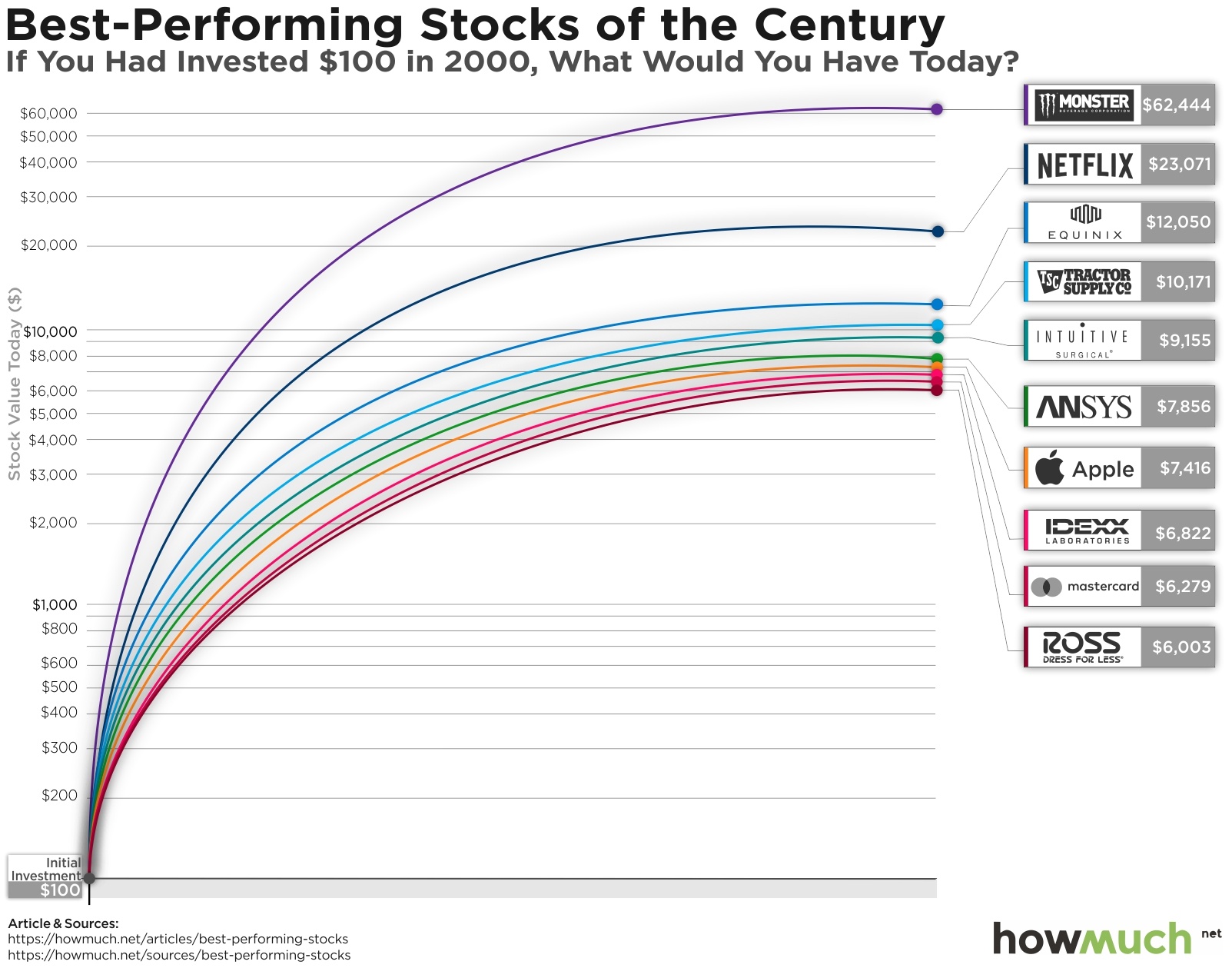 As for Monster, the stock’s fierce rally in the face of an increasingly crowded energy drink market has been propelled for years by a steady diet of earnings and revenue growth. Shares hit a bump in the road earlier this year but have since recovered and are up more than 15% since the start of 2019.