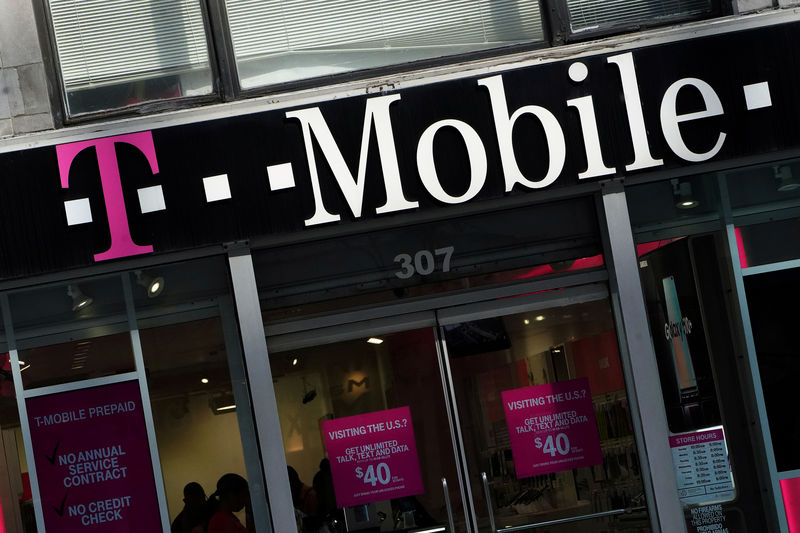 © Reuters. FILE PHOTO: A T-Mobile store is pictured in the Manhattan borough of New York

The two companies, the third and fourth largest U.S. wireless carriers, have been fighting for government approval since April 2018, and still face a lawsuit brought by a group of state attorneys general, headed by New York.

The lawsuit – against Sprint and its parent company, Softbank Group Corp (T:), and T-Mobile and its parent, Deutsche Telekom AG (DE:) – argues the deal will lead to higher prices for consumers. A trial date has been set for Dec. 9.

Pai said in a statement that the deal would allow T-Mobile to deploy the next generation of wireless, called 5G, even in rural America, where connectivity has lagged.

“While Sprint is not on the brink of financial collapse, there are serious questions about how strong a competitor it can be in the years to come on a standalone basis,” he said in a statement accompanying the order.

Democratic FCC Commissioner Geoffrey Starks said in his dissent, “the most likely effect of this merger will be higher prices and fewer options for all Americans.” He added the deal “is exactly the type of merger that the Justice Department and the Commission have discouraged and rejected in the past: one that would harm competition and result in higher prices and poorer service, particularly for the most vulnerable consumers.”

The U.S. Justice Department approved the deal in July.

Under the Justice Department deal, the companies would divest Sprint’s prepaid businesses, including Boost Mobile, to satellite television company Dish Network Corp (O:), and provide it with access to 20,000 cell sites and hundreds of retail locations. That deal is worth about $5 billion.