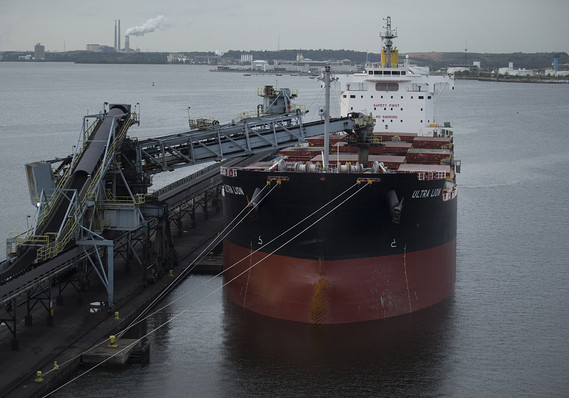 Import fell almost 2% in September, but the U.S. trade deficit is still growing.

The numbers: The nation’s trade deficit fell almost 5% in September to a five-month low, aided by the first surplus in petroleum since at least 1978 and a decline in imports from Germany and China.

The deficit slid to $52.5 billion from a revised $55 billion in August, the government said Tuesday, matching the forecast of economists polled by MarketWatch.

Yet even after the decline in September, the U.S. is still on track to post an even larger trade gap in 2019 than it did in 2018. 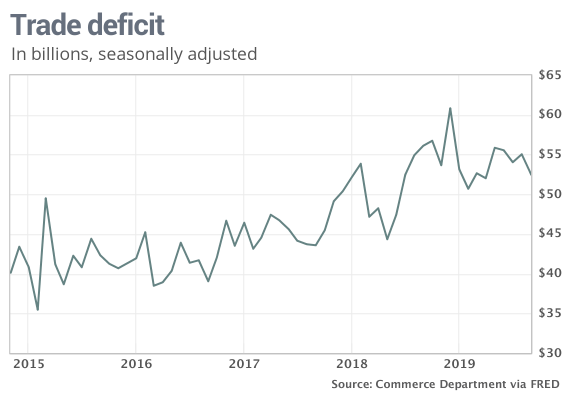 The falling deficit with China tied to higher U.S. tariffs has been more than offset by increasing gaps with other countries such as Mexico, South Korea, Japan and Vietnam.

Read: The economy is avoiding the worst potholes, but the U.S. isn’t ready to hit the gas

Shipments of soybeans fell by $1 billion, although exports are still running ahead of last year’s pace despite disruptions caused by the trade war with China. China is a huge market for American crops.

For the first time since the government began keeping track in 1978, the U.S. posted an overall surplus in petroleum totaling almost $300 million.

The remarkable change from being a longtime net importer of oil stems from a fracking revolution that has turned the U.S. back into an energy superpower.

The trade deficit in goods with China, meanwhile, declined in September to $28 billion from $28.9 billion.

The U.S. trade gap in goods with China has fallen 13.4% through the first nine months of this year compared to the same period in 2018. The trade war has caused repeated and large gyrations in imports and exports from month to month since the spat began a year and a half ago.

Yet the deficit with other countries is rising even faster. The U.S. trade deficit added up to $481.3 billion in the first nine months of this year, compared to $456.5 billion a year earlier.

Big picture: The tense U.S. dispute with China over fair play in trade has hurt both economies and contributed to a global economic slowdown, pressuring each side to resume talks aimed at ending the impasse before things get any worse.

Fresh reports on Tuesday suggest the U.S. might soon suspend stiff tariffs on tens of billions in Chinese goods as part of a so-called phase-one deal aimed at ending the dispute.

Whatever the results, large U.S. trade deficits have persisted for years and are unlikely to go away. Many products that Americans buy simply aren’t made in the U.S. any more.