It’s finally here. At this year’s Frankfurt Motor Show, Land Rover finally pulled the wraps off the long-awaited 2020 Land Rover Defender. While there are a lot of ways that the reimagining of an icon like the Defender could’ve gone horribly wrong, Land Rover appears to have hit the nail on the head, and the all-new Defender looks to be an extremely impressive vehicle for both on- and off-road use, while still holding on to some of the spirit and quirkiness of the original. There’s a lot to unpack here, so below we’ll touch on 10 cool things about the all-new Land Rover Defender.

The new Defender is built on a basic aluminum unibody platform shared with the current-generation Discovery, Range Rover Sport and Range Rover, although Land Rover is quick to add that the platform has been fortified for added durability and capability off-road. The company has even gone so far as to name the Defender’s “new” platform “D7x” to differentiate it from those other vehicles, which ride on a version of the platform dubbed “D7u.” So think of it as the same…but different.

2. It’ll launch in the U.S. with two available engines

Here in the U.S., Land Rover will launch the Defender with two available engines. The entry-level powerplant is a turbocharged 2.0-liter 4-cylinder putting out 296 horsepower and 295 lb-ft of torque. This engine aligns nicely with the powertrains offered in some other off-road enthusiast vehicles like the Jeep Wrangler and what we assume will be under the hood of the upcoming Ford Bronco. Optional is a 3.0-liter turbocharged inline six putting out 395 hp and 406 lb-ft of torque, which gives the Defender a 0-to-60 mph time of 5.8 seconds according to Land Rover — an impressive figure for a little off-roader. With the optional 6-cylinder, we see the new Defender competing with luxury SUVs from other European automakers. 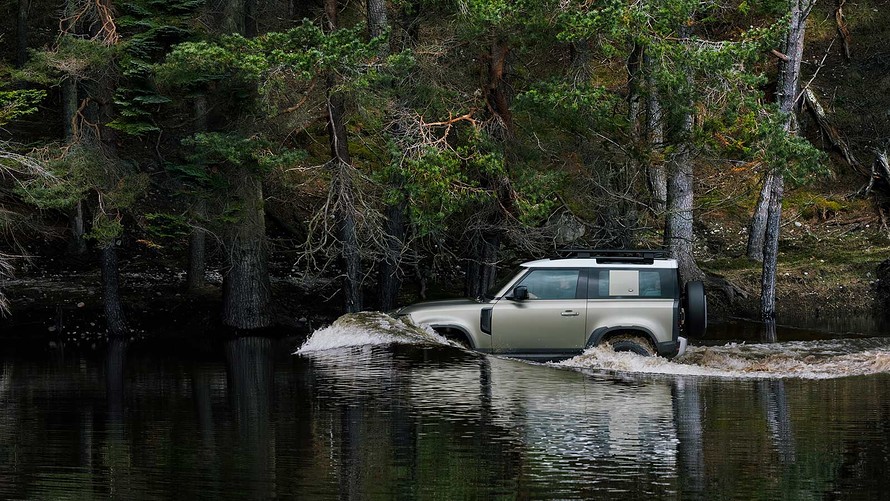 It comes in a two-door.

Two-door SUVs are a tough sell in today’s market, so we give Land Rover loads of credit for staying true to the Defender’s heritage and offering a 2-door version of the new one. The proportions of the new “Defender 90,” as it’ll be known, are delightfully funky. The 4-door Defender 110 will go on sale first, followed by the 90.

The new Defender comes standard with an air suspension system capable of raising and lowering the vehicle by up to 3 inches, for a maximum of 11.5 inches of ground clearance — 0.7 inches more than what’s offered by a Jeep Wrangler Rubicon. Off-road angles benefit from this feature too, as a fully-raised Defender offers approach, breakover, and departure angles of 38 degrees, 28 degrees and 40 degrees, respectively. The latter two figures better the Wrangler, though the Defender still lags behind with regard to approach angle. Additionally, thanks to the added ride height, the Defender has the Wrangler beaten quite handily when it comes to fording depth, offering the ability to drive through 35.4 inches of water to the Wrangler’s 30.0. 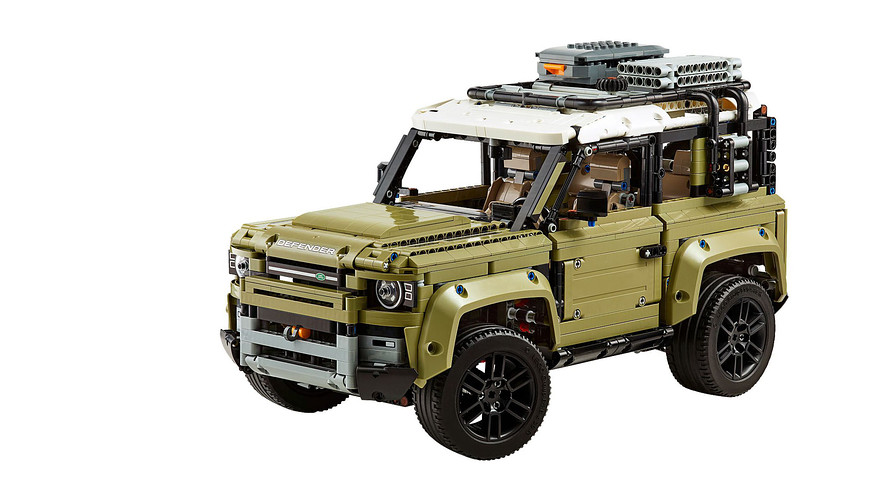 The Lego version of the Land Rover Defender.

One of the earliest leaks of the new Defender design came back in June when an image of an unreleased Lego kit titled “Land Rover Defender” made its way onto the interwebs. Now that the Defender has been unveiled to the public, the kit has also formally been released and retails for $199. The Lego Defender features all-wheel drive, a working “gearbox,” 4-corner independent suspension, an inline 6-cylinder engine with moving pistons, and an opening hood, doors, and trunk, among other things. Not every vehicle gets its own Lego kit, so to see one for the new Defender tells you just how unique this vehicle really is.

7. You can get it with a front bench seat

8. There are four different accessory packs and loads of standalone options

In addition to a variety of individual options, Land Rover is offering four different accessory packages with the new Defender. Our favorite is the Explorer Pack, which includes fender flares, mud flaps, a spare tire cover, a snorkel-style air intake, a platform-style roof rack with a ladder, and a rear window-mounted gear carrier. Additional accessories offered by Land Rover for the new Defender include a built-in air compressor, a winch, a portable rinse system, skid plates, an inflatable rear awning and a center armrest capable of acting as a refrigerator.

9. You can get it with steel wheels 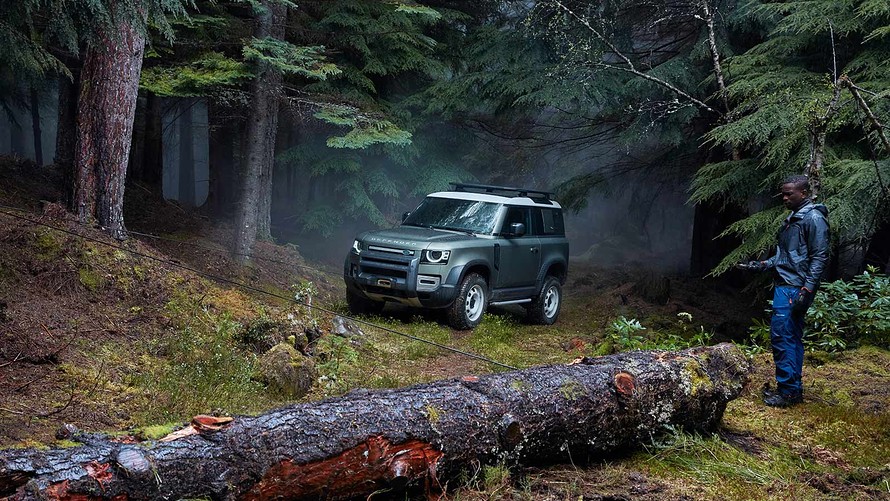 The Defender with steel wheels.

A lot of people were afraid that Land Rover would turn the Defender into another upscale, cookie-cutter luxury SUV, but the new one really does seem to be a modernized take on the original, and even comes with classic steel wheels in its most basic trim levels. On top of that, Land Rover also showed off a stripped-down commercial-grade model. Altogether, it would appear that the company intends for the Defender to be used for more than just taking the kids to soccer practice.

10. It’s priced to compete with everything from the Wrangler to the G-Wagen

The 2020 Land Rover Defender 110 carries a base price of just under $51,000 and tops out at north of $100,000 in fully-loaded form. Given that a base-model Defender 110 comes standard with air suspension, AWD with a true low-range transfer case, Land Rover’s Terrain Response system, hill descent control, and more, it’s positioned nicely to compete with a Jeep Wrangler Rubicon. On the other hand, once you option your Defender with the more powerful 6-cylinder engine, nicer wheels, a leather interior, a high-end audio system, active safety features, and other luxurious items like the “Satin Protective Film” that protects the exterior paint from scratches, that price climbs quickly, placing the Defender into the realm of high-end SUVs like the Mercedes-Benz G-Class, not to mention Land Rover’s own Range Rover and Range Rover Sport. As the 2-door Defender 90 is set to go on sale a few months after the 110, pricing for the 90 has yet to be released, but we expect it to start at a few thousand dollars less than the 4-door 110.