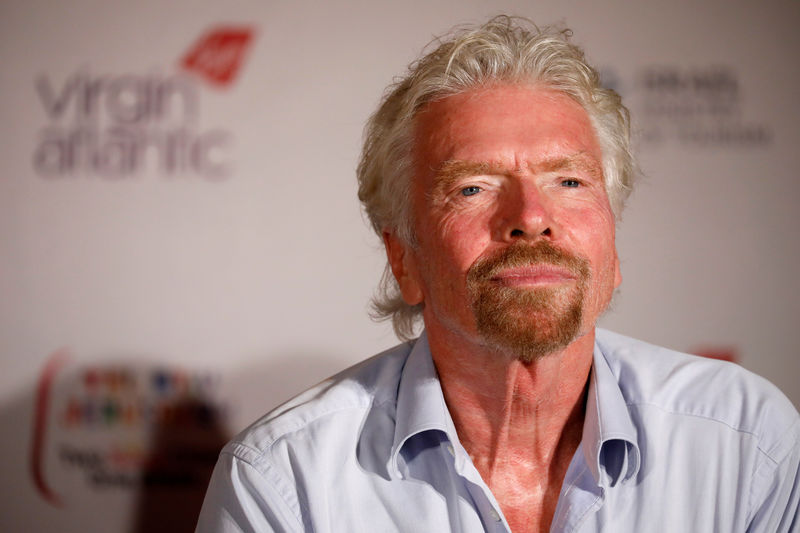 WASHINGTON (Reuters) – Virgin Hyperloop One said Monday it is asking states to support and host the development of a center to advance its futuristic super high-speed travel plans by testing and validating the technology.

Hyperloop systems involve fixed intercity transportation systems in which passengers are transported in low-pressure capsules or pods that operate in sealed partial-vacuum tubes at 600 miles (966 kmph) an hour or faster.

Los Angeles-based Virgin Hyperloop One said its system uses a “proprietary magnetic levitation system” that could make “speeds up to 700 miles per hour” possible and reduce the time to travel from New York to Washington to 30 minutes, compared with more than two-and-a-half hours on a high-speed train.

Virgin Hyperloop said Monday it was issuing a request for proposals to states, regional or local governments and private organizations, foundations and academic institutions to create a “Hyperloop Certification Center” to establish “regulatory and safety standards, research frameworks, and testing infrastructure.”

West Virginia and Georgia state officials said they were interested in the idea and planned to review the proposal.

“We are looking for states that believe our technology is the giant leap forward we need,” Virgin Group founder Richard Branson said in a letter accompanying the proposal.

“We imagine a future where cities are connected like metro stops, and catching a ride to see your family in the next city

is as easy as traveling across town.”

Virgin Hyperloop has raised at least $295 million since its founding in 2014 and has a strategic partnership with the Virgin Group and financial backing from Dubai Ports World (DI:) and other investors.

The company wants to begin construction of the center by 2021 with completion and regulatory approval by 2025 – including a certification track that would be at least six miles long for testing. The company’s goal is to launch the first hyperloop routes by 2029.

In September, Virgin Hyperloop showed off one of its travel pods in New York and then brought it to Capitol Hill to show U.S. lawmakers last month. The company has had a hyperloop test site in North Las Vegas, Nevada since 2017.

In March, U.S. Transportation Secretary Elaine Chao said she was creating an internal deliberative body to help resolve jurisdictional and regulatory gaps that may impede new technology, “such as tunneling, hyperloop, autonomous vehicles, and other innovations.”

In April, the Transportation Department issued a draft environmental assessment for public comment for a Washington, D.C. to Baltimore tunnel that would carry passengers between the cities at high speeds in autonomous electric vehicles, the first step in a governmental review of the project from Elon Musk’s Boring Co.

Boring has proposed a privately funded 35.3-mile “loop project” that would include twin underground tunnels transporting passengers at speeds of up to 150 miles per hour. Boring says the loop tunnels would be compatible with hyperloop requirements and the loop tunnels eventually could be part of the faster system.