Home
Stocks
This couple’s $161,000 in student-loan debt was forgiven — here’s how they did it
Prev Article Next Article 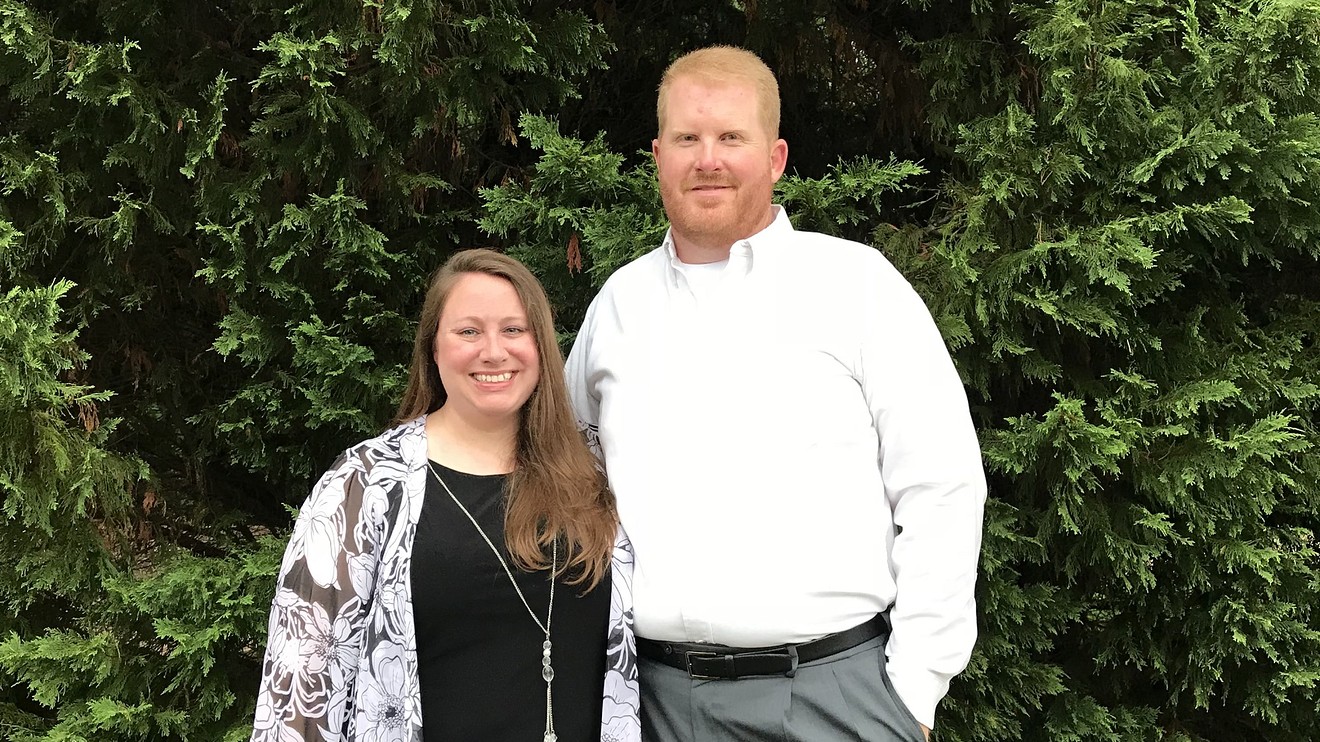 Trent and Somer Givens now have a fresh start after student-debt forgiveness.

First, it was Somer Givens’ chance to rejoice. She was shocked, sent out a flurry of texts to friends and family. She even broke out in song.

It was Trent Givens’ turn about a month later. He woke up Somer, his sleeping wife, and woke his dad too with an exuberant call.

Each time, it was one number sparking the joy: Zero. As in, a $0 balance on their federal student loans.

Despite the tough odds at loan forgiveness, the government program wiped away the Auburn, Ala. couple’s remaining balance on their student loans over the summer. Officials forgave Somer’s $76,000 balance in July and Trent’s approximate $85,000 balance in August.

A temporary offshoot of the Public Service Loan Forgiveness program might have suddenly plucked away $161,000 debt, but it felt like a lot more, said Somer, 41, a research analyst in the student-affairs department at Auburn University.

“It was like a five-ton elephant being lifted off your shoulders,” she told MarketWatch. The experience wasn’t only like seeing “the light at the end of the tunnel, but I survived the tunnel.” She paid off more than $71,000 in loans and principal.

The forgiveness program is open to teachers, nurses and others working the in public sector who make 10 years of qualified payments, but it’s so far approved just 1% of applications. The slim approval rate has sparked criticism and lawsuits against the federal government and loan servicers.

“I knew how much of a long shot it was to have my loans forgiven,” said Trent, 39, a high-school history teacher and softball coach in the Auburn City school system. “I felt very blessed, very excited to say I was one the few.” He paid off more than $31,000 in interest and principal.

‘Love would cover finances for us’

Trent and Somer met in 2003, while both graduate students at the University of Alabama. Trent was pursuing a master’s degree in sports management and, later, education. Somer was working on her master’s degree in cognitive psychology.

Somer took out more than $97,000 for her graduate school degree. Trent borrowed almost $90,000 for his undergraduate and graduate degrees combined.

They married two years later, while full-time students and before student-loan bills started becoming due.

‘I was thinking we were young and in love. Love would cover finances for us.’

At first, they didn’t talk too much about how to make the finances work. “I was thinking we were young and in love. Love would cover finances for us,” Somer said.

They realized that starry-eyed strategy wouldn’t work after taking a budgeting course. “That got us thinking how we needed to manage a budget,” Trent said.

They clipped coupons and for a time, Trent drove around a handed-down 1996 Ford F, +3.49%   Crown Victoria sedan for about eight years. But loan bills still stretched thin the parents of three.

At one point, the Givens’ combined student-loan bill was over $1,000 a month, which exceeded the roughly $890 mortgage payment for a three-bedroom house in Troy, Ala.

Don’t miss: This former Trump official has a lot in common with Elizabeth Warren and Bernie Sanders on wiping out student debt

Trent saw a headline on the new program and called his servicer to find out how to enroll. But there was little information on the specifics, he said. “You had to trust what the people on the phone were telling you,” Trent said.

He thought he was on track and counted down the payments as he started his teaching career.

Around four or five years later, Trent’s loans were switched to a new loan servicer. It was a good time to check the status, he thought.

‘I am shattered at that point.’

“They tell me I have no payments towards [program], and I am shattered at that point,” Trent recalled. The payments he had been making weren’t on the correct track towards forgiveness, they said. Trent wrote letters to his representative and President Barack Obama, demanding answers. The responses said he needed to be on a certain income-based plan.

So Trent said he “swallowed his pride” and started over. His new income-based repayment plan shaved his monthly payments from $475 to $225.

Trent isn’t alone. Others have complained about being told they were on the right track to debt forgiveness, only to find out that wasn’t the case.

At a recent Congressional hearing, one New York City public-school teacher testified, “I was lied to several times. Directly lied to,” she said of her loan servicer.

‘I think there’s lot of gray area there in beginning that people struggled with.’

Trent says he understands where the lawsuits and critics are coming from. “I think there’s lot of gray area there in beginning that people struggled with.”

Last year, Trent heard about the Temporary Expanded Public Service Loan Forgiveness program. Lawmakers launched the program to help borrowers who might have been in the wrong payment plan — but applicants needed a rejection from the original Public Service Loan Forgiveness program before they could move ahead with an application in the temporary program.

So that’s what Trend did. He applied for the temporary program. After that, he contacted his new servicer, FedLoan, three times to see if he put in enough payments yet.

Trent’s path was complicated because he researched the forgiveness program and switched to new jobs in different school districts several times. That required more paperwork about employment certification, among other things.

He told Somer she could be eligible because she worked in a school setting. He urged her to follow his idea: apply for the original forgiveness plan, get rejected and turn back to apply for the temporary plan.

Somer’s been with Auburn University for years, so her documentation process was a lot easier. It took her about 10 hours to amass all the employment and tax documents, she said. Somer had her doubts about success, but still applied with fingers crossed in June.

Somer was “beyond cloud nine” when she received the approval. When she looked at her diplomas, she didn’t see debt, she saw education, Somer recalled.

Once Trent learned of his approval, “all the headaches, paperwork and heartbreak thinking I lost five years of payments, that flew out the window.”

Now the Givens are focusing on paying off more than $3,000 in credit-card debt and Somer’s private student loan, which has a balance of under $9,000.

In the months to come, they will pay off those debts, build up their savings and the money for their children’s college education.

They never lived extravagantly, and don’t have any plans to change that.

“Life really hasn’t changed, what has changed is the amount of background stress,” Somer said.