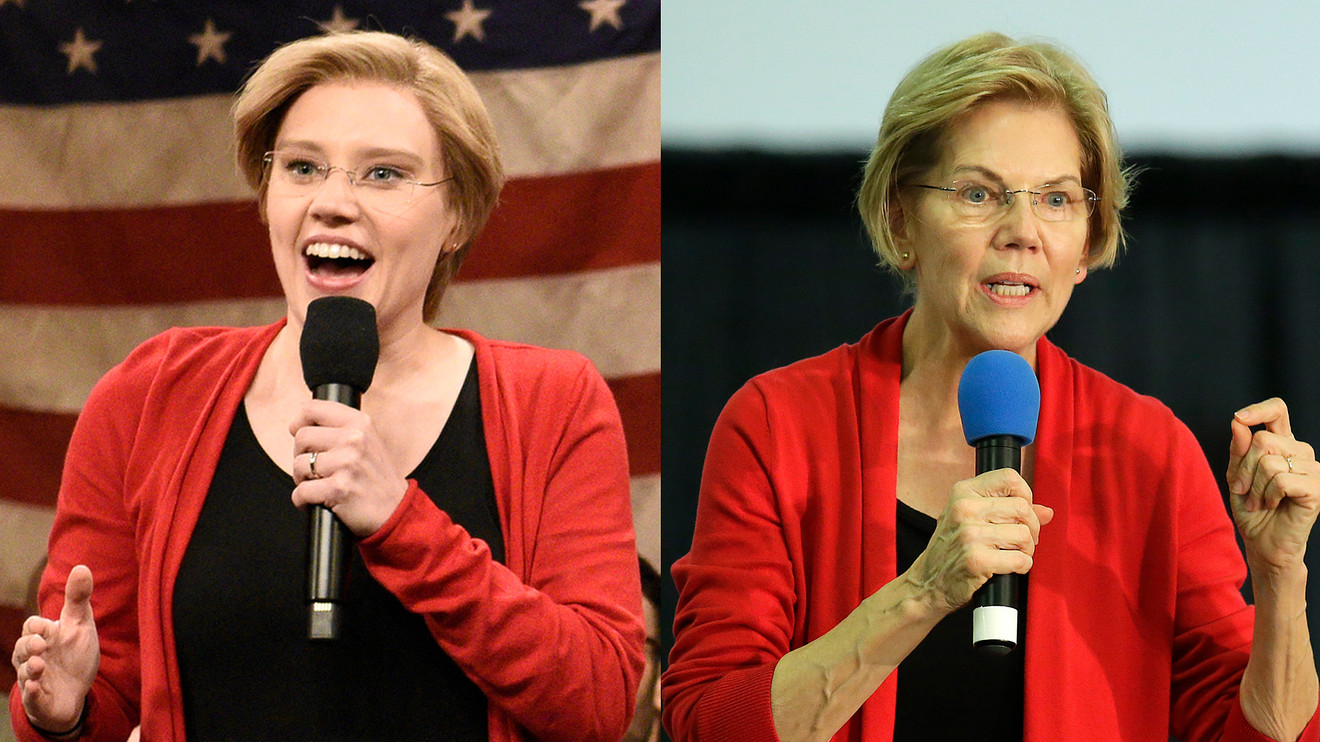 President Donald Trump is no fan of Saturday Night Live, having slammed it as an “unfunny…Democrat spin machine,” among other choice words.

Oh, except for that time he hosted it, of course. Then, Trump hailed it as “a great show” with “the hardest to get” tickets ever, thanks to him.

Thank you to all of those who gave me such wonderful reviews for my performance on @nbcsnl Saturday Night Live. Best ratings in 4 years!

But he might have enjoyed this weekend’s cold open.

Instead of its typical lampooning of the president, SNL went after Democratic rival Elizabeth Warren for her sweeping plan to raise taxes to pay for her estimated $20.5 trillion Medicare-for-all proposal.

‘When the numbers are this big, they’re just pretend.’

In the skit, Warren, played by Kate McKinnon, opened with a jab at Beto O’Rourke, who dropped out of the race, before diving right into health care.

“When Bernie was talking Medicare-for-all, everybody was like, ‘oh, cool, and then they turned to me and they said, ‘fix it, mom!’” she said in a pitch-perfect Warren tone. “With dad, you eat birthday cake for breakfast and then go to Six Flags, and then I hold your hand and let you throw up in my purse.

When asked about getting the trillions needed for her plans, McKinnon’s Warren smiles and says, “When the numbers are this big, they’re just pretend.”

Check out the skit, which has already tallied nearly 3 million views on YouTube: