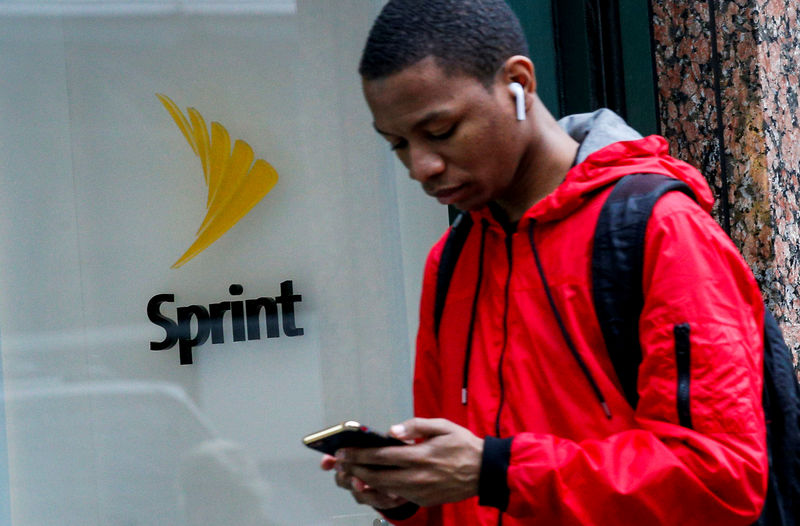 © Reuters. FILE PHOTO: A man walks past a Sprint store in New York

(Reuters) – Sprint Corp (N:) on Monday reported a lower-than-expected drop in quarterly mobile phone subscribers who pay a monthly bill as it ramps up its 5G coverage in the United States.

The company said it lost 91,000 postpaid phone subscribers in the second quarter. Analysts were expecting a net loss of 145,000 subscribers, according to research firm FactSet.

Sprint, the fourth largest wireless carrier by subscribers, has been aggressive in its 5G push, offering the faster mobile technology in nine cities and bundling it with media content like Hulu and Amazom.com Inc’s (O:) Prime.

The company, which has been struggling to close its $26 billion-merger with T-Mobile (O:) due to legal hurdles, said total net operating revenue fell to $7.8 billion from $8.43 billion. Analysts had expected revenue of $8.17 billion, according to IBES data from Refinitiv.

Analysts were expecting a loss of 2 cents per share.

Shares of the company were up nearly 2% at $6.40 in trading before the bell.