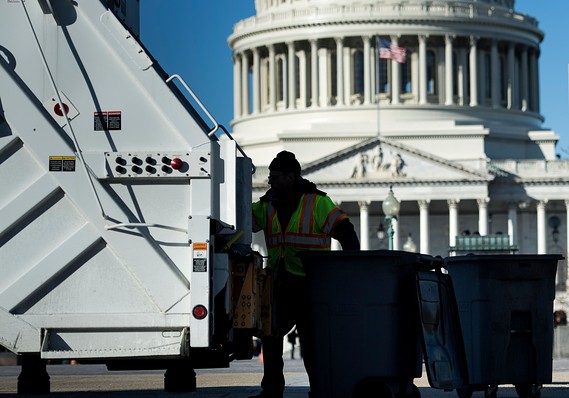 In 2017, President Donald Trump promised a new tax law that would “dramatically simplify the tax code” and “eliminate special interest loopholes.” As the bill that would become the so-called Tax Cuts and Jobs Act (TCJA) took shape, then-House Speaker Paul Ryan said that congressional Republican leaders were going to be “throwing out the special-interest loopholes that riddle the code.”

But by the time the tax law crossed the president’s desk, the tax code was still littered with special tax breaks — some old and some new.

These tax expenditures benefit particular activities or certain entities or groups of people, and are functionally equivalent to direct government spending. There is no regular budget process for reviewing tax expenditures, but they cost real money: according to the Congressional Budget Office, in fiscal year 2019 “the more than 200 tax expenditures in the individual and corporate income tax systems will total more than $1.6 trillion” or 7.8% of gross national product.

That’s equal to almost half of all federal revenues projected to be collected this year. Many, such as the preferential tax rates for capital gains, dividends and pass-through business income, are not only very expensive but also heavily skewed to the wealthy.

Scaling back spending through the tax code could yield significant revenue and make the code fairer.

The last true tax reform was the Tax Reform Act of 1986, a bipartisan accomplishment that eliminated so many tax shelters and other tax expenditures that tax rates could be lowered without losing revenue overall.

While TCJA took a few positive steps toward reforming selected tax expenditures, it left many bad policy expenditures in place, tinkered with many others, and added several new ones.

Even worse, the few tax expenditures it reduced or eliminated failed to offset the cost of its enormous corporate-tax rate reduction and other tax cuts for the wealthy, resulting in an overall CBO budget estimate of $1.9 trillion lost over 10 years — and another $1.2 trillion lost within the decade if the law’s major temporary provisions are extended.

Broadly speaking, tax expenditures can be sorted into four categories.

The first would be those that promote broadly shared goals and make sense to administer through the tax system, like the earned income tax credit and the child tax credit.

To be sure, these could be improved to more effectively achieve the goal of supplementing incomes of working people with very low wages; for example, the maximum earned income tax credit for working single adults with no dependent children, which includes noncustodial parents, is currently only $529, compared to $3,526 for a taxpayer with one child. The EITC for single adults should be increased.

In addition, the child tax credit could be made fully refundable so that parents at the low end of the income scale who need it most can access its full benefit, and it could be augmented for families with very young children; these families are the most financially vulnerable.

The second group of tax expenditures would include those that promote widely shared goals but where a differently structured policy would be much more effective.

One such tax expenditure that belongs in this group is the TCJA’s new temporary business tax credit for employers who offer paid family and medical leave to their employees. It requires the employer to provide only two weeks of leave with a minimum of only 50% of wages replaced and represents a windfall to the limited number of employers who already provide paid leave to their employees.

This type of trickle-down tax incentive for businesses, in which Congress gives businesses a tax reduction in the hope that they will in turn provide an even larger public benefit, seldom works well and is usually an inefficient way to achieve the policy goal.

This important goal of providing long-term paid leave for a serious illness or caring for a new child might be better achieved through direct spending, for example, as proposed in the FAMILY Act, which would be administered by a separate agency as a portable benefit and available for all workers.

Another TCJA trickle-down tax break would provide significant reduction of taxes on capital gains if those gains are invested in so-called opportunity zones. The potential tax benefits to well-heeled investors are substantial and are likely to cost the government more than originally estimated — a cost that could have been directly invested in communities.

Opinion: Opportunity zones are just an opportunity for the rich to gentrify poor neighborhoods

Yet the tax program, as enacted, is devoid of guardrails to ensure that investors consider and provide for the needs of the existing residents of the selected zones.

The third group would include tax expenditures that are simply unjustified or unfair, particularly when viewed in the context of the current state of the tax system, budget, or economy. Whatever the reasons for their enactment in the first place — administrative, political or otherwise — these no longer make sense.

They include the stepped-up basis rule that enables the wealthy to pass enormous amounts of untaxed wealth to their heirs. The billions of dollars of tax breaks for the highly profitable, and environmentally damaging oil and gas industry also go here.

Another big one would be the preferred tax rate for capital gains and dividends, a tax expenditure that overwhelmingly benefits the wealthy who own most of the assets associated with this type of income. With income and wealth inequality so high and the wealthy making a larger share of their income from wealth assets, it is time to treat wealth and wage income the same.

The final classification would be tax expenditures that simply constitute egregious giveaways.

This group would include the infamous carried-interest loophole and the provisions that enable wealthy families to avoid taxation through the use of trusts. The TCJA failed to eliminate these and also added an enormous new tax giveaway — the pass-through business deduction — which was sold as a small business provision, but in reality will deliver about half of the benefits of the provision to taxpayers with incomes over $1 million by 2024.

Given the substantial amount of spending through the tax code, Congress should review this spending on a bipartisan basis to ensure that it is fair and efficient and that it fulfills important public policy objectives.

Doing so would constitute real tax reform — no matter what Trump and Ryan would have you believe.

Alexandra Thornton is the senior director of tax policy for economic policy at the Center for American Progress, with is a progressive, independent nonpartisan policy institute.