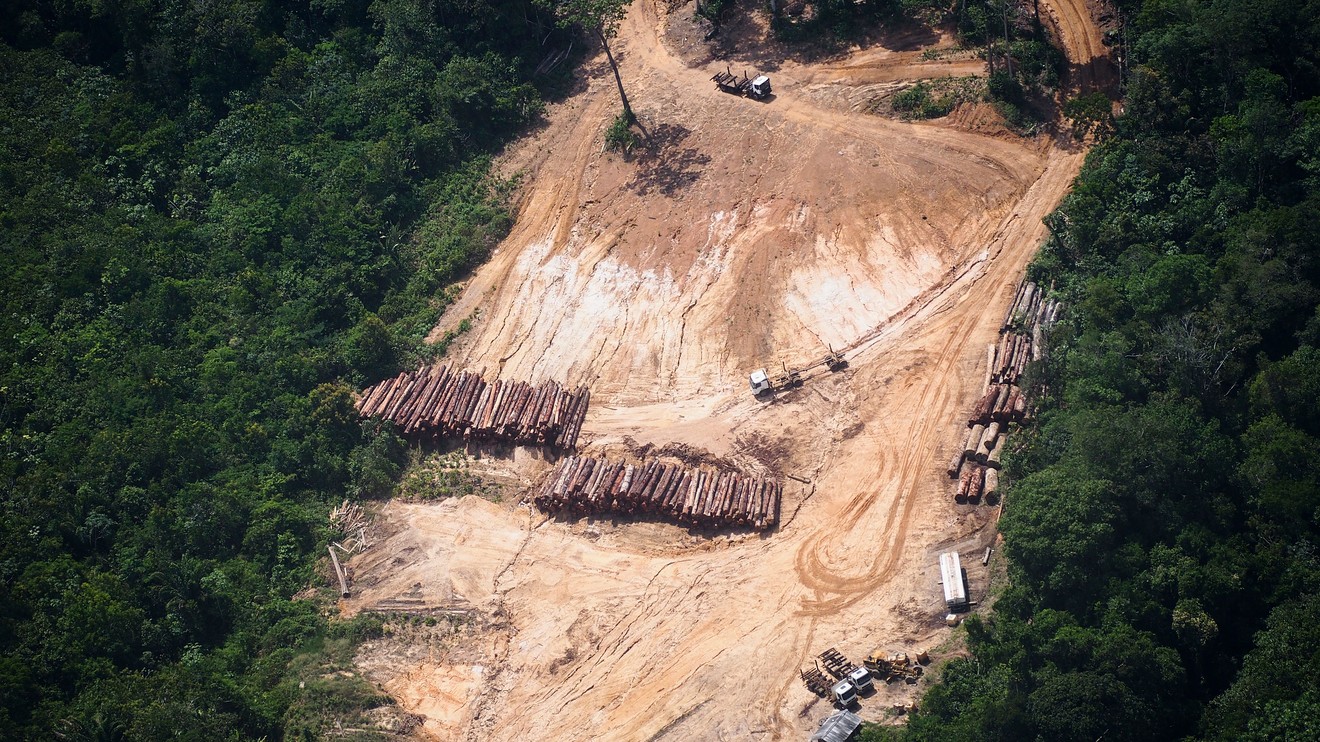 Flooring giant Lumber Liquidators and the iconic Gibson Guitars were once famously exposed for using illegal wood, after which each paid hefty fines. Updated forensic testing of wood brought into the U.S. suggests mislabeling of illegally logged timber remains a problem across industries turning out furniture, flooring, musical instruments and sporting goods.

In a recent study, the World Wildlife Fund, World Resources Institute and U.S. Forest Service found that as much as 62% of U.S. wood products — mostly imports — were mislabeled.

Researchers used forensics, checking wood samples against the Forest Service’s reference specimens, to uncover evidence of mislabeling, which could mean wood was logged illegally, research lead Alex Wiedenhoeft, a botanist with the U.S. Forest Service, explained. The advocacy groups worked with the government lab to examine 73 commercial wood products sold by major U.S. retailers, which were not identified in the report.

Wiedenhoeft and team found that 40 of the 73 products tested were labeled as the wrong tree species; 20 weren’t even solid wood, despite being labeled as such.

Wood is considered illegal if it was harvested, transported, processed, bought, or sold in violation of national or international laws, the WWF says.

Wiedenhoeft told World Wildlife magazine that no one knows how much wood in U.S. stores is mislabeled. “This study is the first step in getting some real numbers,” he said. “Once we have that foundation, we can develop tools to help law enforcement agencies and companies keep mislabeled wood out of the market.”

Mislabeling often signals wrongful supply chain violations — illegal logging and deforestation — that consequently hamper endeavors to promote sustainable wood, the advocates say. The implications are widespread. Governments miss out on tax revenue from lawfully logged timber and businesses operating legally are forced to compete with wood market prices depressed by up to 16% by illegal logging. People living near harvested areas see essential forest benefits such as clean air and water compromised. And biodiversity is lost to the destruction of precious habitat, the report finds.

Loggers, for instance, could harvest trees from a threatened or ecologically vital forest ecosystem, then mix wood species to cover up the illegal logging activity. Following transport to the lumberyard, species origin of the timber logs and boards are further misrepresented to allow illegal wood in the supply chain. Distortion persists as the wood is misidentified as a different species, continuing onward to the mill’s processing, the factory’s product manufacturing and onto retail showrooms.

If a consumer has concerns about the responsible sourcing of their wood or wood-based products, one recourse would be to purchase products that carry certification from the Forest Stewardship Council, Sustainable Forestry Initiative, Programme for the Endorsement of Forest Certification or Rainforest Alliance Certified, among others, although the researchers concede that as yet no scholarly data to support the reliability of botanical claims or product-type claims in products from these systems exists.

Whether purposeful or not, mislabeling breaches the U.S. Lacey Act, first enacted in 1900 to ban trafficking of illegal wildlife, then amended in 2008 to include plants and plant products, including timber. Gibson Guitar, for instance, was raided and fined by the Justice Department for its violation of the Lacey Act in 2011. Trade group the International Wood Products Association operates a nationwide training program for wood trade professionals to help them establish standard operating procedures to comply with the Lacey Act.

Labeling and pledged sustainability efforts have been a key issue among flooring sellers and those criticizing where the industry still falls short. The largest U.S. flooring retailer by 2018 sales is Floor & Decor FND, -3.92%  , with $1.7 billion sold that year, followed by Virginia-based Lumber Liquidators LL, +1.65%  , which sold $1.1 billion.

A 2018 investigation by Brazil’s environmental enforcement agency and the federal police led to allegations that Indusparquet, a prominent supplier of tropical wood flooring, was using fraudulent permits to hide illegally harvested wood, according to a release by the agency and tracked by regional environmental blogs. Government authorities fined the company, made the largest seizure of timber ever in the state of São Paulo and shut down Indusparquet’s primary warehouse for three weeks.

Indusparquet denied wrongdoing. It includes a pledge on its site, citing the guidelines of IBAMA (Instituto Brasileiro do Meio Ambiente e dos Recursos Naturais Renováveis), which demands lumber to be sourced from reforestation, or managed forests.

Read: Trump set to formally start process for U.S. to drop out of Paris climate accord

Lumber Liquidators has had its own exposed violation. In October 2015, after a two-year investigation by the Justice Department and U.S. Fish and Wildlife Service, the retailer pleaded guilty to smuggling illegal wood, including one criminal felony of entry of goods by means of false statements and four misdemeanor counts of violating the Lacey Act, eventually paying $13.5 million in fines. That was separate from the “60 Minutes” exposé in February of 2015, when the company was accused of selling flooring with unsafe levels of carcinogenic formaldehyde; it has paid to settle related legal action.

This year, the company is expected to report its first annual profit since 2014.