Home
Market
New York City police commissioner to be replaced by chief of detectives: mayor
Prev Article Next Article
This post was originally published on this sitehttps://i-invdn-com.akamaized.net/trkd-images/LYNXMPEFA31HU_L.jpg 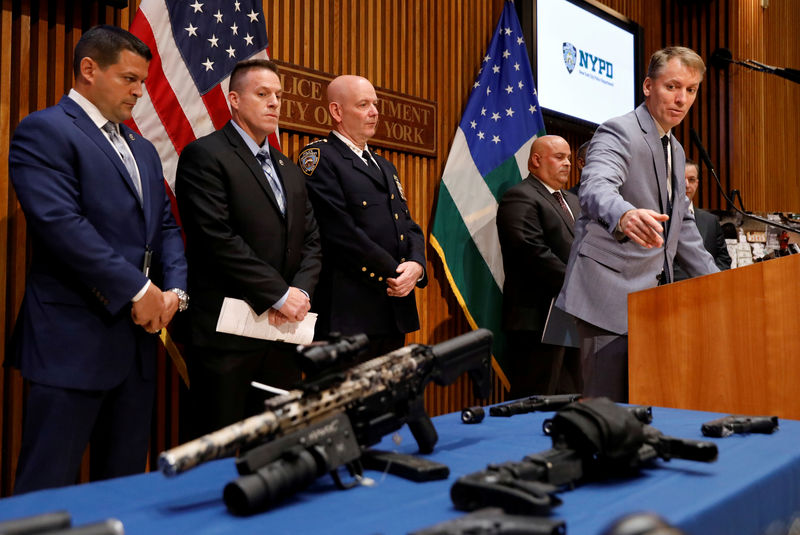 O’Neill, who has worked in New York City law enforcement since 1983 and was appointed commissioner in 2016, was expected to announce his resignation at a news conference on Monday.

De Blasio said on Twitter that current Chief of Detectives Dermot Shea would replace O’Neill as the next commissioner.

“As Commissioner, Chief Shea will focus on putting 21st century precision policing to work in order to deepen police-community bonds and end the scourge of gun and gang violence,” de Blasio wrote.

In another tweet, de Blasio said, “I’m lucky to have worked with as good a man as Jimmy O’Neill.”

While the reasons for O’Neill’s departure are unclear, he has come under fire in recent weeks.

The Police Benevolent Association, which represents NYPD officers, blasted the commissioner in August for firing Officer Daniel Pantaleo, whose use of a banned chokehold led to the death of Eric Garner in 2014. Garner’s death was one of a series of killings that sparked nationwide #BlackLivesMatter protests over allegations of police mistreatment of minorities.

Pantaleo filed a lawsuit against the NYPD last month, alleging that he was wrongfully terminated.