McDonald’s Corp. investors have good reason to be disappointed that Steve Easterbrook will no longer run the fast-food giant, as the stock had outperformed its quick-service peers and the broader stock market during his tenure as chief executive.

McDonald’s stock is now the worst Dow performer over the past three months, falling 12.3% over that time while the Dow gained 3.7%. 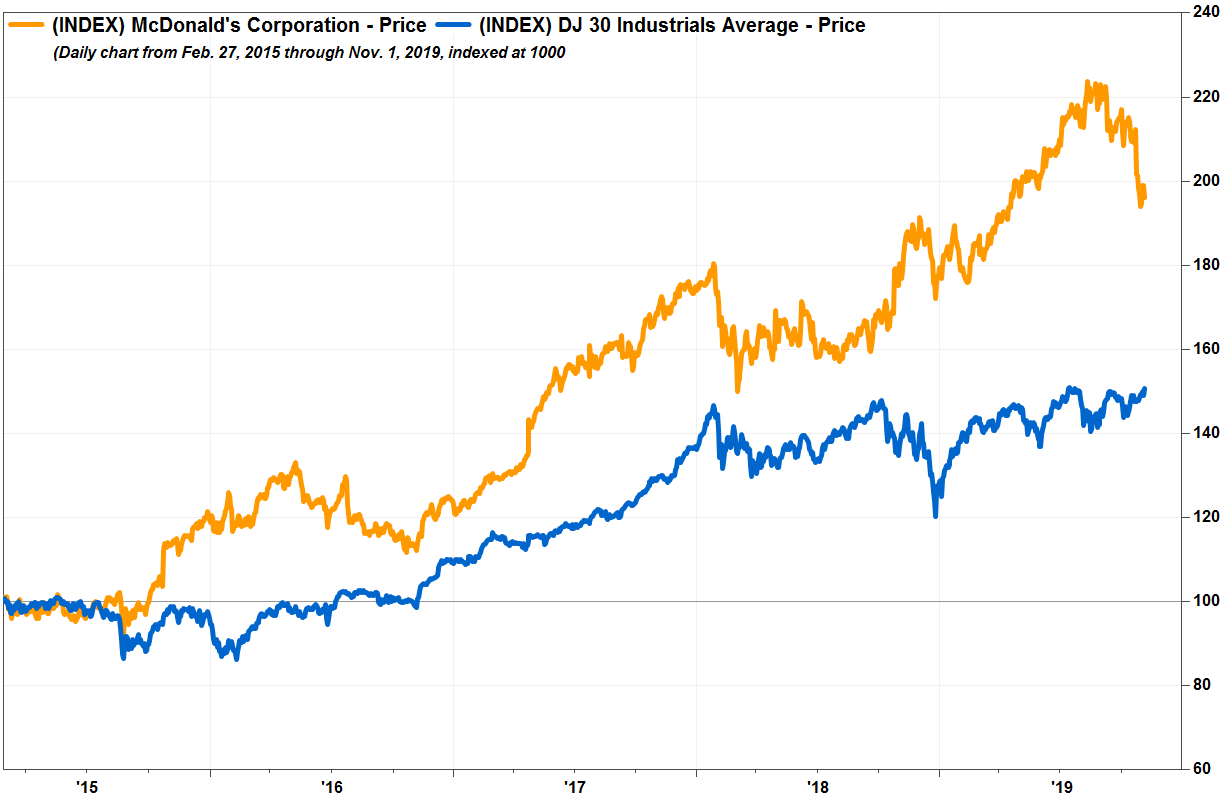 The company said Easterbrook was out as chief executive officer, effective immediately, following determination by the board of directors that he “violated company policy and demonstrated poor judgment” involving a recent consensual relationship with an employee. Easterbrook will be replaced by Chris Kempczinski.

Shares of McDonald’s had run up 96.1% since Easterbrook took over as CEO on March 1, 2015 through Friday. This is how the shares of some of the publicly traded companies listed on the noncompete agreement signed by Easterbrook: