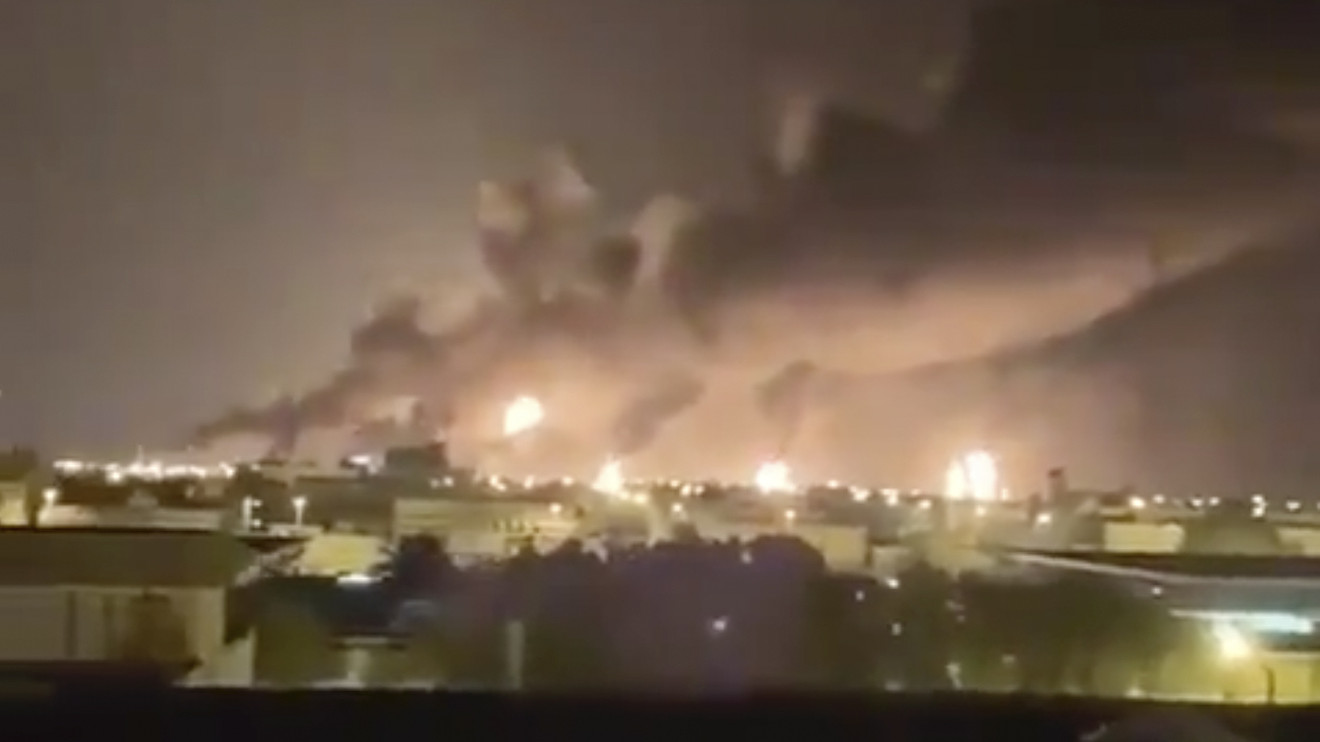 After more than three years of planning and several false starts, Saudi Arabia on Sunday formally announced its intention to go ahead with a landmark initial public offering of state-owned oil firm Saudi Aramco.

If all goes to plan, the prospectus will be released on November 9 and the shares will start trading on Saudi’s domestic Tadawul stock exchange in December.

The IPO has been delayed several times in parallel to big swings in the oil price this year, which have made it challenging to value the company. Investors were also rattled in September by drone attacks on two of Aramco’s oil facilities, which temporarily halved output. The company accounted for around one in every eight barrels of crude oil produced globally from 2016 to 2018.

Saudi didn’t say how much of Aramco it will sell or how much money it will raise, but it is widely reported to be looking to sell 1% to 2% of its shares on the local bourse. That would raise as much as $20 billion to $40 billion, making it the world’s largest ever flotation.

The valuation provided by the banks working on the IPO has also varied widely. Bank of America Merrill Lynch estimates the oil group is worth $1.2 trillion to $2.3 trillion, while Goldman Sachs calculated the valuation at between $1.6 trillion and $2.3 trillion, using an oil price of $64.50 a barrel for 2019 and $60 a barrel from 2020 to 2023, according to Bloomberg.

Amin Nasser, chief executive of Aramco, said: “Our mission is to provide our shareholders with long-term value creation through crude oil price cycles by maintaining our pre-eminence in oil and gas production.”

The IPO is a central pillar of the reform program of Crown Prince Mohammed bin Salman (MBS). He had pegged Aramco’s valuation at $2 trillion. However, analysts at Bernstein suggested a “fair value range” of between $1.2 trillion to $1.5 trillion for Aramco.

These are some of the key points investors need to know:

Saudi Arabia announced a series of government changes in August in preparation of the planned IPO of Aramco.

Yasir Al-Rumayyan: Chairman of Aramco. He is also head of the Public Investment Fund (PIF), Saudi’s powerful $320 billion sovereign-wealth fund. A close confidante of MBS, Al-Rumayyan is also chairman of Ma’aden 1211, +0.00%, the state mining company which is 65% owned by PIF. Mining is one of the key sectors MBS wants to develop as part of its economic reforms. In addition, Al-Rumayyan sits on the board of ride-hailing app Uber Technologies UBER, -0.41%  and Japanese multinational SoftBank Group 9984, +0.05%

Bandar Al-Khorayef: Head of the Ministry of Industry and Mineral Resources. The Saudi government placed Al-Khorayef, a member of the board of directors of Saudi conglomerate Al-Khorayef Group, in the newly created role after the new ministry of industry and mineral resources was separated from the vast energy ministry. It will operate as an independent entity from 1 January 2020.

Fahd bin Mohammed Al-Essa: Head of the royal court, a powerful gatekeeper position in the absolute monarchy. He previously served in the Defense Ministry.

Amin Nasser: Chief Executive of Aramco. He has worked for the oil group for 30 years.

Aramco published its first ever-half year earnings in August. It reported net income of $46.9 billion, a 12% fall from the $53 billion for the same period a year ago because of lower oil prices. It also said it would pay a special dividend of $20 billion to its biggest shareholder, the Saudi kingdom.

Latest figure—released on Sunday—show that Aramco earned $68 billion in the first nine months of the year.

Aramco has huge reserves of 263 billion barrels of oil and 320 trillion cubic feet of natural gas, according to an independent audit which was commissioned to address the group’s lack of transparency.

The company has very low debt levels. It was the largest cash holder of all nonfinancial companies in the Europe, Middle East and Africa region in 2018, with €43 billion on its balance sheet, according to credit-ratings firm Moody’s. That compares with Apple’s AAPL, +2.84%  cash balance ($245 billion) and Microsoft MSFT, +0.24%  ($128 billion).

The board said it intends to declare aggregate ordinary cash dividends of at least $75 billion for 2020, and this could increase once any potential special payouts are included. Aramco declared an ordinary dividend of $13.4 billion for quarter ended Sept. 30

Geopolitical tensions in the Middle East pose a constant risk for investors. Saudi’s defense vulnerabilities were exposed in September after attacks on Aramco’s largest oil-processing facilities temporarily impacted about half of the oil group’s crude production. That prompted Fitch Ratings to downgrade Aramco’s credit by one notch to an ‘A’ rating. Riyadh and Washington blamed Iran for the attacks, a charge denied by Tehran.

Oil prices are expected to remain under pressure this year and next, according to a Reuters survey. The poll of 51 economists and analysts forecast Brent crude BRNF20, +1.20%  would average $64.16 a barrel in 2019 and $62.38 next year.

Investors also need to be aware of any influence the Saudi government may have over Aramco which has dozens of domestic subsidiaries and several joint ventures, including with power generation and petrochemical firms.

Aramco’s tax bill could also rise if the oil price does. Under new measures introduced by Riyadh, the oil group will pay a marginal rate of 15% when Brent crude oil is trading up to $70 a barrel, rising to 45% for an oil price of between $70 and $100 a barrel and 80% above $100.

The oil group has announced plans to increase its dividend payments to at least $75 billion a year starting in 2020 through to 2024. However, any payout is at the discretion of the Aramco board.

Saudi individual investors will be able to receive one bonus share for every 10 if they hold the shares continuously for 180 days from the first date of trading and listing on the exchange. The maximum bonus shares will be 100 per investor.

Foreign investors can also bid for a share allocation in the IPO. Foreigners were first allowed to own shares directly in Saudi companies in 2015, but only institutions could invest and they had to apply for a license from the Saudi financial markets regulator to become a Qualified Foreign Investor, or QFI.

QFIs are required to have at least $500 million in assets under management and are also subject to regulation in a jurisdiction with similar standards to the Kingdom such as the U.S. A single QFI isn’t allowed to own more than 10% of a Saudi company’s shares.