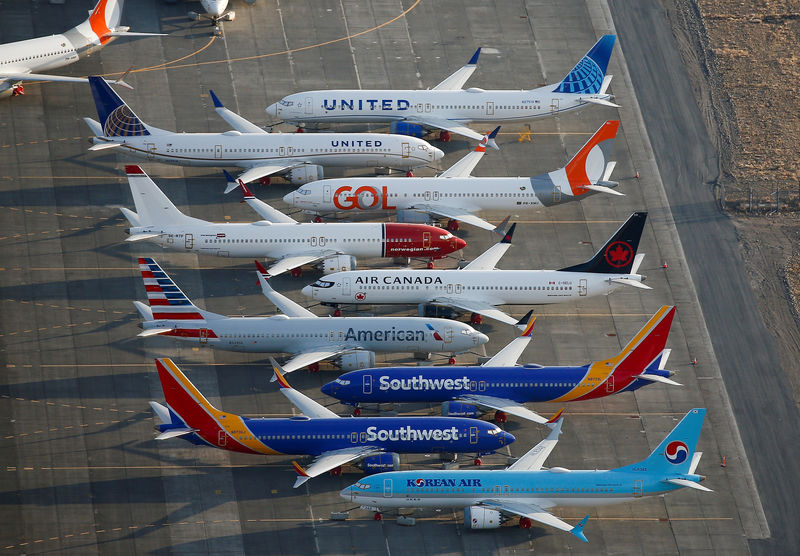 HELSINKI (Reuters) – Boeing’s (N:) grounded 737 MAX airliner is likely to return to service in Europe during the first quarter of 2020, the head of the European Union Aviation Safety Agency (EASA) said on Monday.

While the European regulator expects to give its approval in January, preparations by national authorities and airlines may delay the resumption of commercial flights by up to another two months, EASA executive director Patrick Ky indicated.

“If there are training requirements (and) coordination to be done with the EU member states to make sure everyone does the same thing at the same time, this will take a bit of time,” Ky said. “That’s why I’m saying the first quarter of 2020.”

Boeing has said it aims to return the 737 MAX to service by the end of 2019 after making software changes in the wake of two deadly crashes, which killed 346 people and led the U.S. Federal Aviation Administration (FAA) to ground the plane in March.

Besides damaging Boeing, the grounding has hit airline customers due to the hundreds of jets now stuck on the tarmac. Low-cost operator Ryanair (I:), one of Boeing’s biggest MAX clients, said on Monday it expected further delays to MAX deliveries to reduce its growth in 2020.

The FAA has primary responsibility for vetting a Boeing-designed fix to avoid situations in which data from a single faulty airflow sensor can cause the flight software to send the plane into a dive. Instead, the so-called MCAS software will monitor data from a pair of the sensors.

EASA also plans to carry out its own program of checks including simulator and flight tests, before allowing flights to resume in Europe.

“There has been a lot of work done on the design of the software,” Ky said. But he added: “We think there is still some work to be done.”

Ky would not elaborate on the likelihood that regulators will require additional simulator training for MAX pilots, which would add more delay and cost for many airline customers.

That decision can be taken only after EASA’s own simulator and flight tests, he said. “It’s really at the end of the process because it’s much more operational.”

The European watchdog hopes to complete a detailed software review by the end of this month, followed by December flight tests “if everything goes well”, he added.