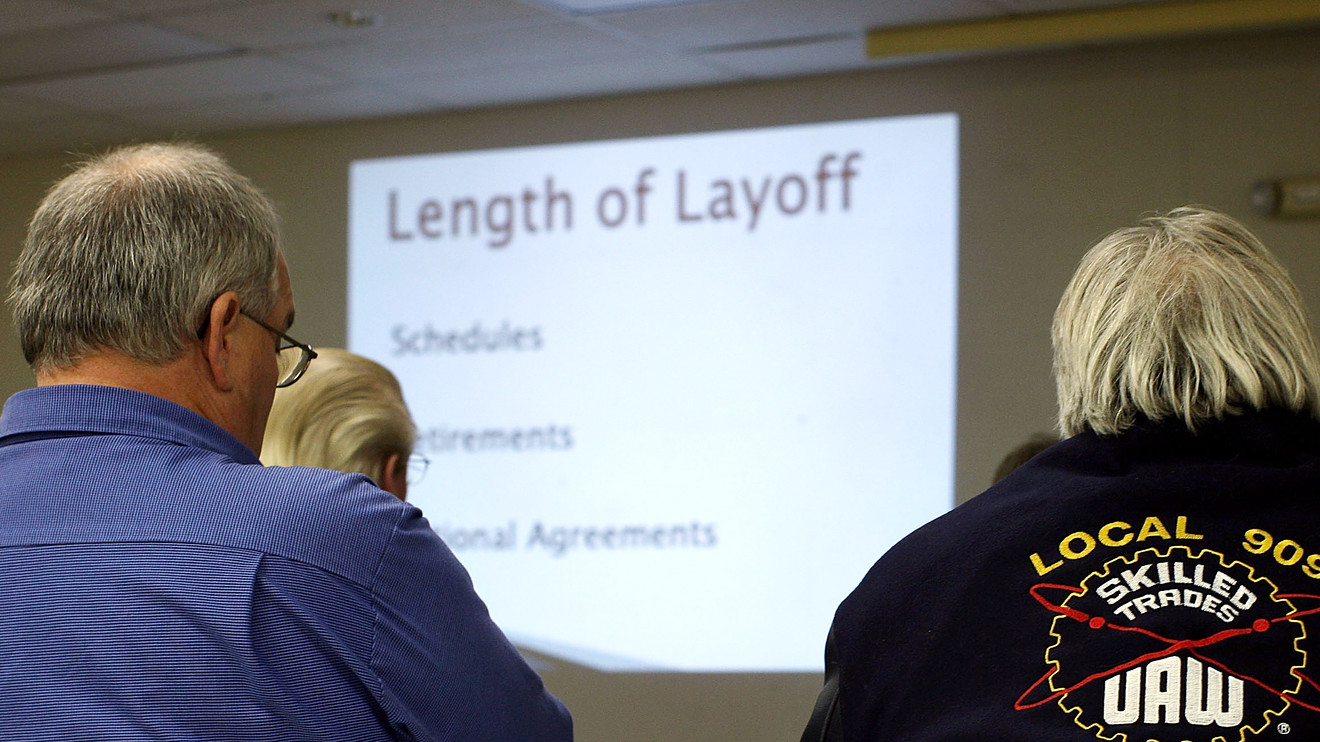 United Auto Workers President Gary Jones is stepping aside from the union’s top role, the union said Saturday, amid a federal investigation into corruption in the top ranks.

UAW Vice President Rory Gamble, who just led contract bargaining with Ford Motor Co., will serve as interim president, according to a union statement. The union board approved Mr. Jones’s request for a leave of absence. A person familiar with Mr. Jones’s request said it was a paid leave.

The leadership change comes as the UAW is negotiating new four-year contracts with the Detroit auto makers. The union last month secured a new contract with General Motors Co. GM, +2.18%   after a 40-day strike at the company. The union has a tentative agreement with Ford F, +3.49%   , which members will vote on in the coming weeks.

The request by Mr. Jones to step aside comes days after one of his top aides was charged in the U.S. Justice Department’s years-long corruption investigation. In the charging document for Edward Robinson, a former union official in UAW Region 5, Mr. Robinson is accused of embezzling up to $700,000 in union dues. Attempts to reach Mr. Robinson for comment were unsuccessful.

A criminal information filed Thursday alleges Mr. Robinson split the embezzled money with an unnamed official, referred to in the document as “UAW Official A.” That official is Mr. Jones, a person familiar with the investigation said. Attempts to reach Mr. Jones’s attorney were unsuccessful and the UAW declined to comment.

“We take any allegation or claim about the misuse of union resources very seriously,” The UAW said in a statement Thursday. “The UAW remains focused on negotiating and completing strong contracts for our members.”

The UAW has been working to negotiate new four-year contracts for its roughly 150,000 workers at GM, Ford and Fiat Chrysler Automobiles NV FCAU, +2.74%  . The union will turn its full attention to Fiat Chrysler once the Ford deal is ratified.

The federal investigation, which became public in July 2017, has picked up speed since FBI agents this summer executed search warrants at the homes of several current and former UAW officials, including Mr. Jones’s home in Michigan. Days before the union’s contracts with GM, Ford and Fiat Chrysler were set to expire in September, Mr. Jones’s former assistant, Vance Pearson, was charged with embezzlement of union funds.

Federal prosecutors have said the alleged misconduct, which includes company executives funneling money and gifts to union leaders, may have tainted bargaining processes. Many rank-and-file union members say the probe has eroded their trust in leaders to bargain in their best interests. The union declined to comment.

The widening of the criminal investigation is another blow for the UAW, which recently failed to organize workers at Volkswagen AG VWAGY, +1.58%   in Tennessee, and has been struggling to expand its influence in the U.S. auto industry beyond the Detroit car makers and their suppliers. The UAW’s membership last peaked at 1.5 million in the late 1970s, but has since tumbled to less than 400,000 members last year, as the U.S. car companies have closed plants and downsized their factory workforces.

The U.S. Justice Department has spent years building a case against the union, which so far has led to nine convictions, including a prison sentence for Fiat Chrysler’s former head of labor relations.

Mr. Jones led the UAW in the bruising strike against GM, the longest walkout at the nation’s largest auto maker in 50 years. The strike and its aftermath cost GM nearly $3 billion, the company said, and resulted in six weeks of lost wages for more than 46,000 factory workers.

The union historically has negotiated four-year labor contracts simultaneously with the three Detroit car companies. The talks with Ford began immediately after the GM strike ended and led to a tentative agreement within days.

Negotiations with Fiat Chrysler could be more contentious, analysts say. The Italian-American auto maker has a higher percentage of newer hires and temporary workers, who are in line for higher pay and accelerated wages under terms the UAW won in the GM and Ford deals.