Home
Stocks
In the gig economy, men are most likely to turn to ride-sharing apps like Uber and Lyft after a job loss
Prev Article Next Article
This post was originally published on this site

Families pick up their phones and turn to the gig economy when they lose a job, and they’re most likely to use transportation apps like Uber UBER, -0.41%  and Lyft LYFT, +3.72%, according to a report released Thursday by JPMorgan Chase JPM, +2.31%.

High rates of turnover for ride-share drivers has been interpreted by some to mean it’s proved to be a bad financial decision for many drivers. “However, our findings imply that one function driving through the online platform economy may play is to bridge a gap between jobs.”

The report, “Bridging the Gap: How Families Use the Online Platform Economy to Manage their Cash Flow,” said tax refunds and tax payments don’t impact participation by families in such apps, “other than a minor dip in driver participation in the week when a tax refund is received.”

Also see: My stepdaughter blew through an inheritance and was mysteriously fired from her job — what should we do with our $1.6M estate? 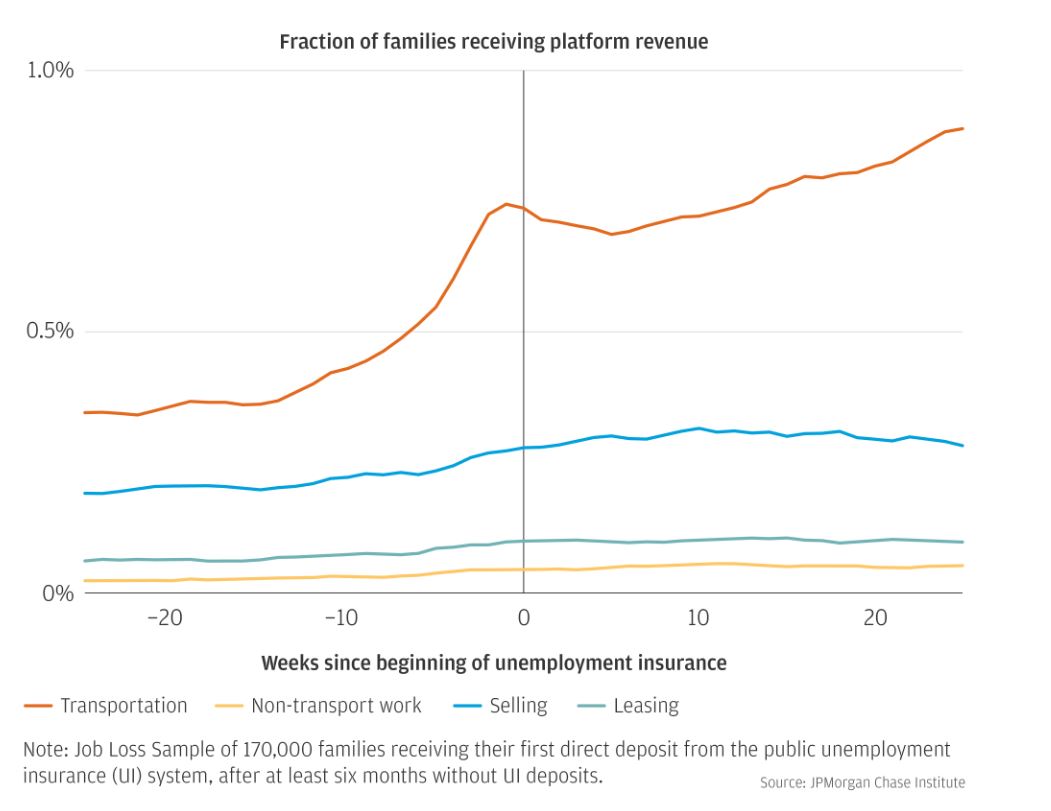 Men are also more likely to turn to these services than women after losing a job, the data suggest. Regardless of gender, however, people are most likely to drive rather than work for other apps such as odd-jobs services like TaskRabbit.

Even as a full-time job option, men are more likely than women to drive for a ride-sharing service, an earlier study by careers website Jobvite found. One theory: some women may be less willing to drive a ride-sharing car, particularly at night, due to public-safety concerns.

Out of a sample of 39 million Chase checking accounts, the researchers tracked payments directed through 128 online platforms to 2.3 million families participating in the online sharing economy between October 2012 and March 2018.

Families typically earn $150 to $200 a week on these platforms following job loss, “a crucial shock absorber for financial volatility,” said Diana Farrell, president and CEO of the JPMorgan Chase Institute, adding that it’s “critical” to understanding how families use such apps.

Don’t miss: This analysis of 40 million Uber rides reveals exactly how much people tip — and whether men or women are more generous 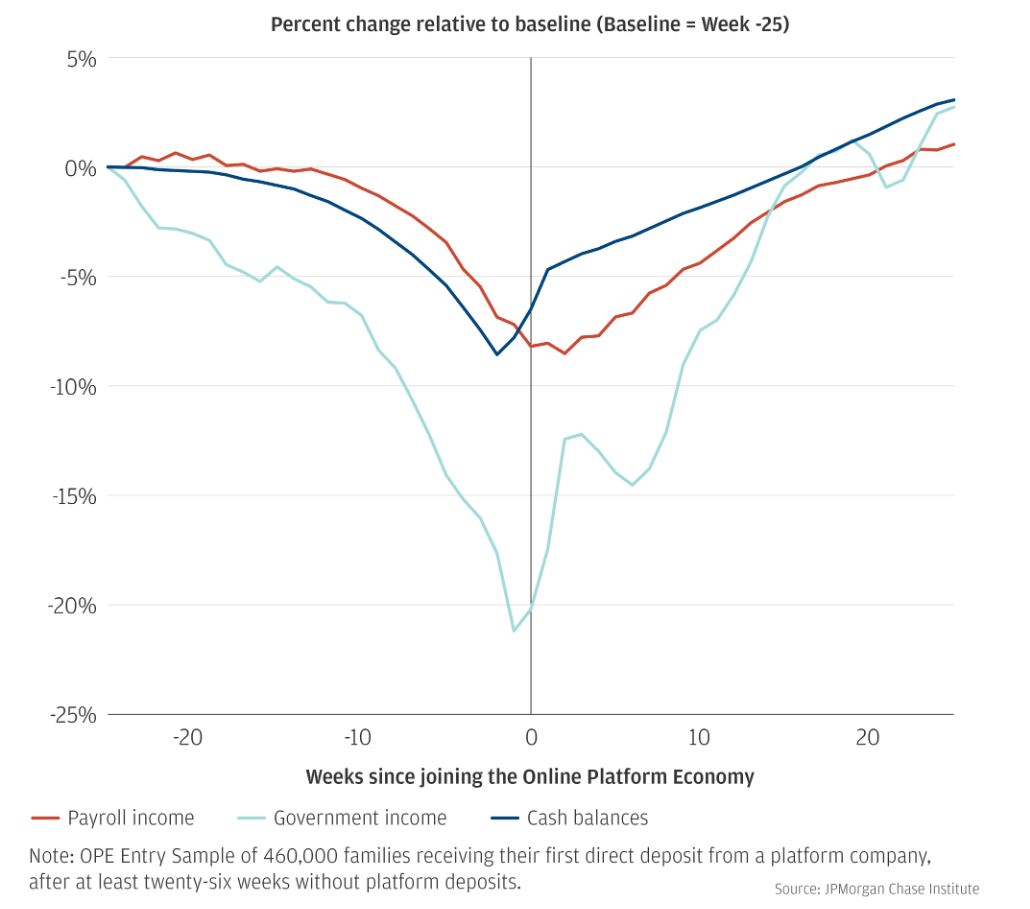 Income volatility appears to be a persistent problem for many American families. Over one-third (34%) of households experienced a 25% or more change in income year-to-year between 2014 and 2015, according to an analysis by the Pew Charitable Trusts, a Philadelphia-based think tank.

Between 2013 and 2018, the average family experienced significant income swings — spikes or dips of more than 25% of their median income — five months out of the year, despite wage growth and low unemployment during, a separate analysis by the JPMorgan Chase Institute found.

The Bureau of Labor Statistics does not have an explicit definition for gig workers or a formal way of tracking them. It comes closest in the Contingent Worker Supplement survey, which studies “contingent workers” in temporary working arrangements that they don’t expect to last more than a year.

See also: Here’s the really bad news: Only half of Americans actually own stocks