President Trump said Thursday said he was moving to the Sunshine State.

Trump tweeted that he has moved his permanent residence to Palm Beach, Fla. “I cherish New York, and the people of New York, and always will, but unfortunately, despite the fact that I pay millions of dollars in city, state and local taxes each year, I have been treated very badly by the political leaders of both the city and state.” Florida is one of seven states with no state income tax.

Trump’s move is not uncommon, especially among ultra-high net worth individuals over the age of 65.

The New York Times first reported the move, citing documents filed in Florida by Trump and his wife, Melania, that said their primary residence was now Trump’s Mar-a-Lago resort. The Times reported the move was primarily for tax purposes. The Times also said the move will not affect the effort by New York’s attorney general to try to obtain Trump’s federal tax records.

Trump’s move is not uncommon, especially among ultra-high net worth individuals over the age of 65. Billionaires tend to move out of states with estate taxes, according to a recent study by researchers at the University of California, Berkeley and the Federal Reserve Bank of San Francisco. The trend grows stronger as billionaires grow older, they said.

1600 Pennsylvania Avenue, the White House, is the place I have come to love and will stay for, hopefully, another 5 years as we MAKE AMERICA GREAT AGAIN, but my family and I will be making Palm Beach, Florida, our Permanent Residence. I cherish New York, and the people of…..

People who, like Trump, who wish to move from New York to Florida for tax purposes will have to prove abandonment of the old “domicile” or permanent state of residence, and acquisition of a new domicile. “It is not enough to intend to change domicile, but rather the individual must also actually reside in the new location,” according to the Florida Bar Journal.

But proving that to the Internal Revenue Service in New York and state attorneys will be a more complicated matter, especially for someone with multiple homes, a complex real-estate empire and who travels extensively. “Simply declaring yourself a resident doesn’t make it so,” said Lou Vlahos, partner at New York-based law firm Farrell Fritz.

‘Simply declaring yourself a resident doesn’t make it so.’

“There’s much more to it, as many taxpayers find to their surprises,” said Vlahos, who practices tax law and focuses on individual income taxation, particularly as they relate to residency. If Trump spends more than 183 days or more in New York per year, the state will consider him a permanent resident of that state. “That’s going to be tough,” he adds. “Will he spend more time in Florida?

There’s another complication. If Trump spends less than 184 days in New York per year, but does not spend a similar amount of time in Florida due to travel, New York could also balk. Vlahos tells his clients to keep phone records and credit-card statements. “Charge it, don’t pay cash,” he says. “It establishes that you were there and not New York.”

An individual can be deemed a permanent resident of two states, according to a ruling by the Supreme Court, according to the Florida Bar journal. “Therefore, when changing domicile, it is critical to not only successfully establish the new domicile, but also to terminate or negate any factors that could lead another state from asserting domicile,” it added. 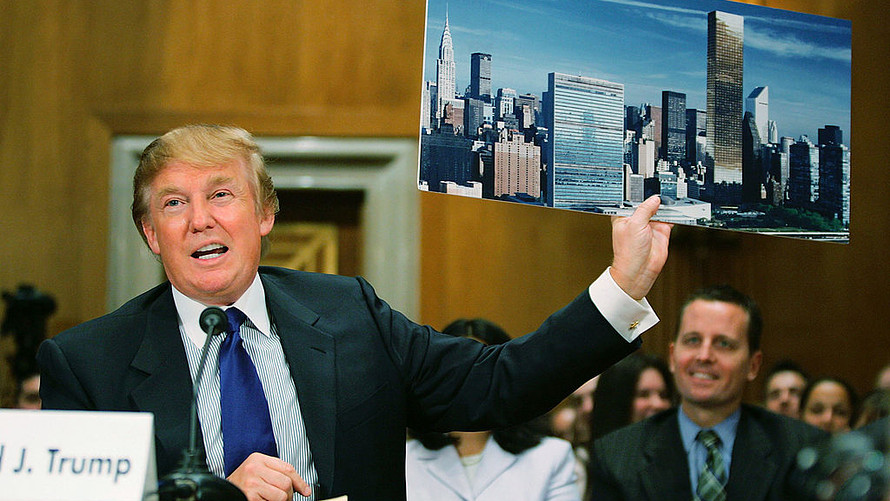 Also see: Why President Trump’s kids are probably celebrating his move to Florida

Even if Trump’s travel is evenly divided between New York, Florida and other places, New York state may argue that he hasn’t really changed his pattern of living. Vlahos has run into this exact problem with clients. “They take trips, they’ll go to Europe, they’ll go to Asia, they’ll spend a lot of days there. You still spend more time in New York than you do in your new home.”

The next qualification is more easily manipulated by wealthy people looking to leave the Big Apple, but they’re not always successful. “Where do you keep your nearest and dearest items?” Vlahos asks. “Have you moved your jewelry, family heirlooms, family albums, artworks? Folks are often loathe to bring what they have up here to Florida. They’re fearful of the humidity down there.”

Have you moved your jewelry, family heirlooms, family albums, artworks?

Here are some questions the IRS may ask: Did you use a common carrier experienced in transporting artwork? Did you have insurance for the move? Did you have additional insurance coverage for precious artworks or other valuables? Are the items you have in your residence in Manhattan or the Hamptons insured for more money than the items in Florida?

But the biggest hurdle for Trump will be his massive real-estate empire, Vlahos said. “If he has the bulk of his assets up here, that’s going to be very difficult to overcome. I’ve worked with people who were reluctant to give up control. You cannot be on the phone to New York constantly checking what’s going on. For that reason, Trump’s plans to change his residency could be doomed.”

Also see: This 57-year-old said ‘screw this’ to San Francisco — and retired to ‘delightful’ Albuquerque, where she slashed her expenses by 70%

Of course, no one factor will determine the IRS’s final decision on Trump. “They’re not all weighed equally,” Vlahos said. “But in this case, someone of that magnitude who in the real-estate word would have a really hard time saying, ‘I’m not active in my New York business.’ It takes a significant change of role. I’ve been around the city enough to see a lot buildings with his name on them.”

Trump will have to do a lot more than merely tweet TWTR, -1.13%  the news. It will take a lot of work. “They may even consider whether your staff is larger in one residence versus the other,” he added. “They’ll also look at where your minor children are based. If Barron were to remain here, that would be a negative factor. Where does he spend his time? Will he change school?”

The president, meanwhile, is taking the move from the Big Apple to the Sunshine State in his stride. “It will always have a special place in my heart!” Trump tweeted.