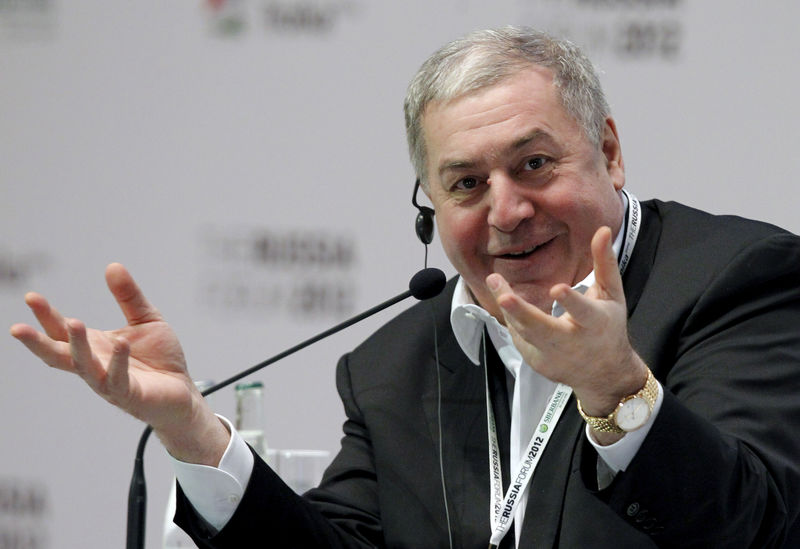 MOSCOW (Reuters) – Russia’s Safmar group, an umbrella for Mikhail Gutseriyev’s family business, said in a statement on Friday that it plans to buy some assets that it said were previously owned by Gutseriyev’s nephew, Mikail Shishkhanov, from the state-controlled Trust bank.

“This is not a question of paying off a mythical Mikhail Gutseriyev debt but of acquiring efficiently operating assets with a high market value,” said Safmar, where Gutseriyev chairs the board of directors.

Reuters, citing a document prepared by Trust bank, reported on Thursday that Gutseriyev had offered to buy back a property company and other assets taken on by the state to partially cover the bailout of two banks – B&N and Rost Bank – once owned by his family.

Russia’s central bank bailed out both banks in 2017.