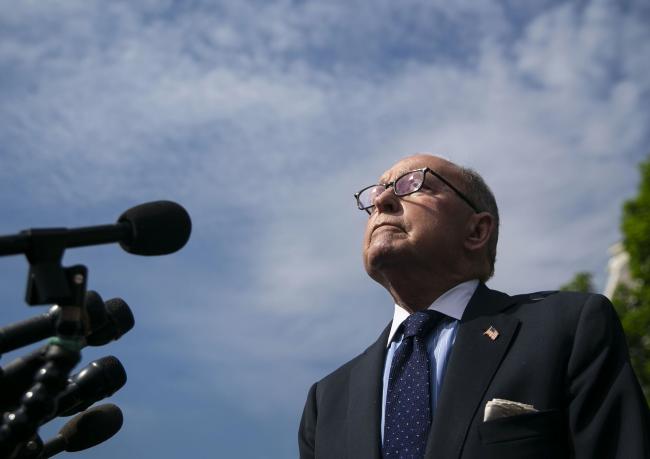 (Bloomberg) — Terms of Trade is a daily newsletter that untangles a world embroiled in trade wars. Sign up here.

White House Economic Adviser Larry Kudlow says additional tariffs on Chinese goods are still possible as negotiators from the U.S. and China hash out details of the potential first step in a trade accord.

“They’re still on the table until this phase one deal is completed, or worst case not completed,” Kudlow said Friday in an interview on Bloomberg Television. “The president has hinted, depending on the process of phase one, he may be willing, I say may be willing, to take a look at those tariffs.”

Mnuchin and Lighthizer “had a constructive call” with Liu and discussions will continue at the deputy level, the USTR said in a statement later Friday. “They made progress in a variety of areas and are in the process of resolving outstanding issues,” according to the statement.

Kudlow’s comments came before a ruling by the World Trade Organization on Friday that awarded China permission to impose $3.6 billion in sanctions against the U.S. The case predates the tariff war between the two nations but may add a layer of tension to ongoing talks.

Negotiators are close to finishing details of the pact on China’s increased purchases of U.S. agriculture products, currency stability and opening of financial services markets to American firms, Kudlow said. They’ve also made “excellent progress” on the issue of intellectual property theft, he said. Disputes around so-called forced tech transfer will likely not be resolved until a possible phase two of the deal.

Both countries are seeking an alternate location to sign a deal, if they reach one, after Chile canceled a summit this month where President Donald Trump and China’s leader Xi Jinping were aiming to meet.