Home
Stocks
Credit cards have gone out of style in China – will the U.S. be far behind?
Prev Article Next Article 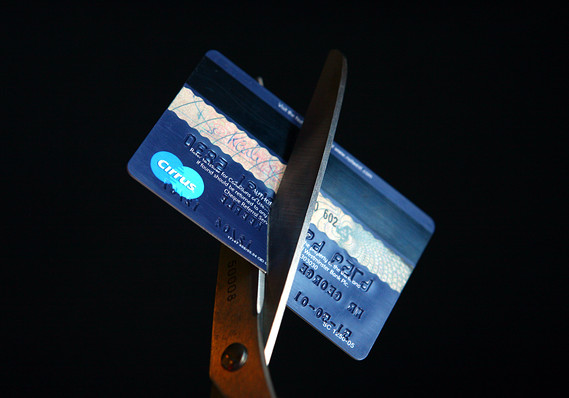 That’s what more than two billion people in the China do.

Except instead of using Instagram, Twitter or other popular social media outlets in the U.S., they open up WeChatPay and Alipay to scan QR codes to pay for goods in place of a traditional checkout.

Their exploding popularity has saved Chinese merchants nearly 2% of gross revenue that otherwise would have gone to paying credit-card processing fees. On top of which, many retailers have stopped accepting credit cards as a form of payment.

Could that happen in the U.S. ?

For the time being, cash is still king in the U.S.

A report published last year by The San Francisco Federal Reserve found that 55 percent of all transactions under $10 are paid for using cash. Furthermore, the average amount of cash Americans carry in their wallets has increased from $51 in 2015 to $59 by 2017.

The year 2017 was the first that U.S. consumers used credit and debit cards for purchases between $10-$24.99 at a higher rate than cash, according to the report.

The processing fees they incur from these small purchases can quickly add up. As a result vendors are introducing their own digital payment platforms to avoid paying processing fees.

Consumers are more inclined to use these payment platforms if there is a monetary incentive, Aaron Klein, policy director at the Center on Regulation and Markets at Brookings said.

For instance, Starbucks SBUX, -1.60%   has successfully enticed more than 16 million Americans to make purchases using Starbucks reward cards or gift cards as opposed to credit cards. Until they purchase goods using their cards, Starbucks has access to a pool of interest-free loans worth nearly $1.6 billion, as indicated on the company’s most recent earnings report.

“When you buy a drink from Starbucks, and you pay five bucks it could easily cost Starbucks 40 to 50 cents in credit card processing,” Klein said. “And so rather than do that each transaction, they encourage you to upload $50 so they incur the fee once. Then you buy your ten coffees that way and they give you a free eleventh coffee which costs them relatively little.”

According to the company, Uber Money will make it easier and faster for drivers to get paid by opening an Uber debit account. They’ll also be entitled to 3% to 6% cash back on gasoline purchases made using their Uber debit card.

“These things are very prevalent in society but they’re not being treated like money. You can’t use your Starbucks gift card at McDonald’s,” Klein said.

The same incentives for switching over to a digitized zero-fee payment processing platform exist in the U.S. but have not become the new normal.

In Klein’s view Americans are unlikely to adopt universal payment platforms like WeChat and Alipay because “there are simply not enough funds available to make an offer to these consumers that would entice them to give up their platinum or sapphire card,” he wrote in a recent Brookings report on digital payments.

“Not everybody is using credit card rewards,” said Brian Peters, executive director of the Financial Innovation Now coalition that includes Amazon AMZN, +0.83%, Apple AAPL, +2.84%  , GOOGL, +1.07%  and PayPal PYPL, +0.85%  . “Particularly the under-served don’t get rewards now and are looking for the most convenient payment process right now.”

That said, Peters commented that he doesn’t see technology companies taking on the role of banks.

“I talk to these companies all the time and they tell me it’s not their business, they’re not trying to solve for what the banks do,” he said.

Ultimately Peters said he’s “skeptical that we ever end up with a uniform payment in the U.S.”, but envisions a future where more tech companies partner with established financial corporations.

On the contrary, Brian Riley, director of credit advisory service at Mercator Advisory Group, believes that U.S. consumers will eventually hop on the Alipay or WeChatPay train.

“Alipay already has a toehold in North America with Tmall,” a smaller scale version of Amazon, he said. “WePayChat has some privacy concerns in the Asian market which do not play well in the U.S.”

Related: This Alibaba business could be its next big moneymaker

In addition to China. Alipay has also gained a lot of traction in Latin America, he said.

“It is hard for them to concurrently move into the U.S. market and face strong competitors such as Chase, Amazon, and PayPal,” Riley said adding that “with the U.S.-China tariff issues, timing is not right.”

“But, sooner or later, we will see them here,” Riley said.