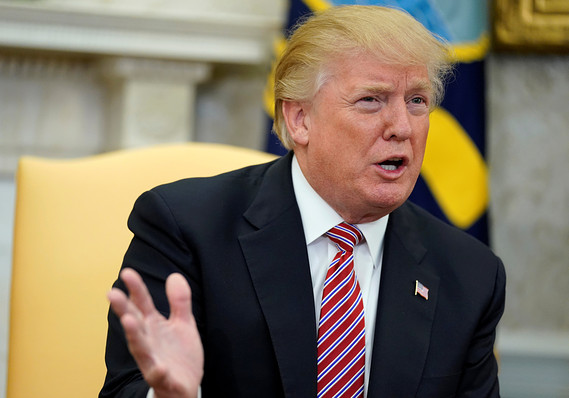 Stocks modestly added to losses after the House of Representatives voted to open the next, public phase of the impeachment inquiry, but worries about a U.S.-China trade deal, more evidence of a slowdown in manufacturing, and mixed corporate earnings were the main drivers of the decline.

See: S&P 500 pulls back from record after report says China has doubts over trade deal.

Also on Twitter, Trump said the U.S. and China were working on choosing a new site to sign a partial trade deal, and called Beijing less of a problem than the Federal Reserve.

Trump frequently bashes the central bank, and his latest criticism came a day after it cut its benchmark interest rate for the third straight meeting. Yet the Fed signaled it may pause before making more changes to monetary policy.

“People are VERY disappointed in Jay Powell and the Federal Reserve,” Trump charged in a tweet about the Fed’s chairman and the bank. Even with the Fed cutting rates, the president has leaned on Powell and his colleagues to slash them more aggressively.