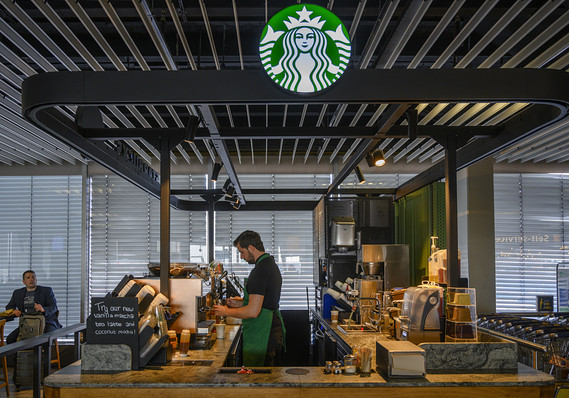 Starbucks Corp. is getting personal with its customers, enlisting help from advanced technologies that the company says will kick its digital capabilities up a notch.

With more customers signing up for the company’s loyalty program, the opportunity for personalization is increasing. Starbucks said it had 17.6 million active rewards members at the end of the fourth quarter, up 15% year-over-year.

“This is an important growth driver because we know from experience that when customers join Starbucks Rewards, their spend level with Starbucks increases meaningfully,” Johnson said.

The Starbucks Rewards program is also growing in China, where there were 10 million members as of the end of the fourth quarter and same-store sales were up 5%. Starbucks has a year-old digital partnership with Alibaba Group Holding Ltd. BABA, -0.61%  that includes mobile ordering and Starbucks Delivers, which has expanded to 3,000 stores and 100 cities.

Starbucks reported late-Wednesday adjusted earnings per share of 70 cents, in line with FactSet consensus, and revenue of $6.75 billion, beating the $6.69 billion FactSet outlook. The shares slipped 0.4% in midday trading Thursday.

BTIG analysts called out, not just the digital initiatives at Starbucks, but the cold beverages as sales drivers. 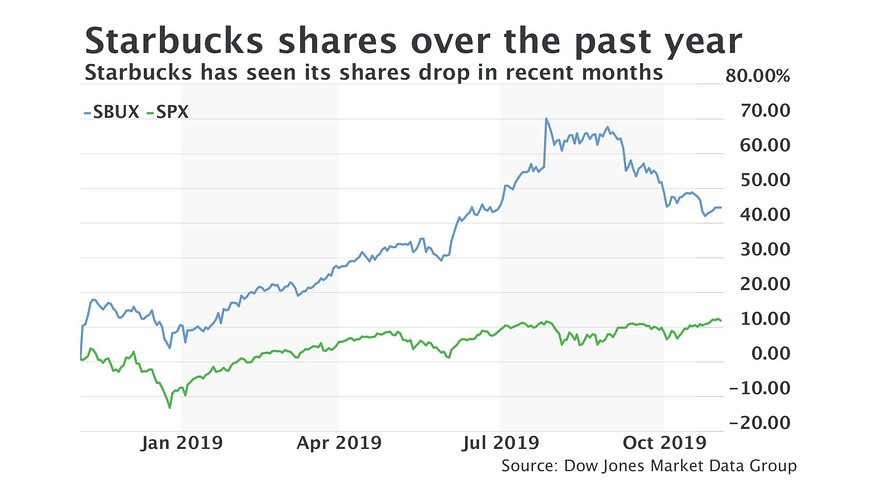 Starbucks finished rolling out its Nitro Cold Brew beverages nationwide, and introduced a Pumpkin Cream Cold Brew to the menu.

“The majority of our beverage growth was driven by our cold platform, which grew across all dayparts, led by cold coffee, refreshment and tea,” said Patrick Grismer, Starbucks’ chief financial officer, on the call.

BTIG maintained its neutral stock rating due to valuation, but thinks the company will keep mining its beverage offerings for growth.

“We expect Starbucks to continue to favor beverage innovation over food as its current approach is attracting new customers and reliable comp drivers like digital and loyalty continue,” analysts said.

With so many active My Starbucks Rewards users, KeyBanc Capital Markets analysts think the digital effort at the company will make a significant impact.

“We believe enhanced digital marketing/personalization and menu innovation, including new beverage news, a shift to healthier refreshment options, and a steady growth food platform, will continue to contribute to incremental growth,” analysts said.

In addition to the Nitro rollout, which required its own machines, there are new Mastrena machines in stores, which advance the espresso preparation by pulling three shots at a time rather than two. The Mastrena expansion should be complete in the next year.

“Today in our older machines you have to pull a doubleshot and then another single shot for any beverage that has three shots of espresso,” added CEO Johnson, highlighting the time-saving benefit of the new machines.

These new machines also have Internet of Things sensors in them.

“And so we get telemetry data that comes into our support center,” Johnson said. “We can see every shot of espresso that’s being pulled and we can see centrally if there’s a machine that needs tuning or maintenance and that allows us to improve the quality of the shots that we’re pulling.”

And with Deep Brew, Johnson said, Starbucks can see if they need to take any maintenance measures before the Mastrena breaks.

“The company has reinvested in core equities, expanded usage through new products, and integrated e-commerce into its global store network, all of which have contributed to positive consumer sentiment and greater spend per visit,” wrote Stifel analysts.